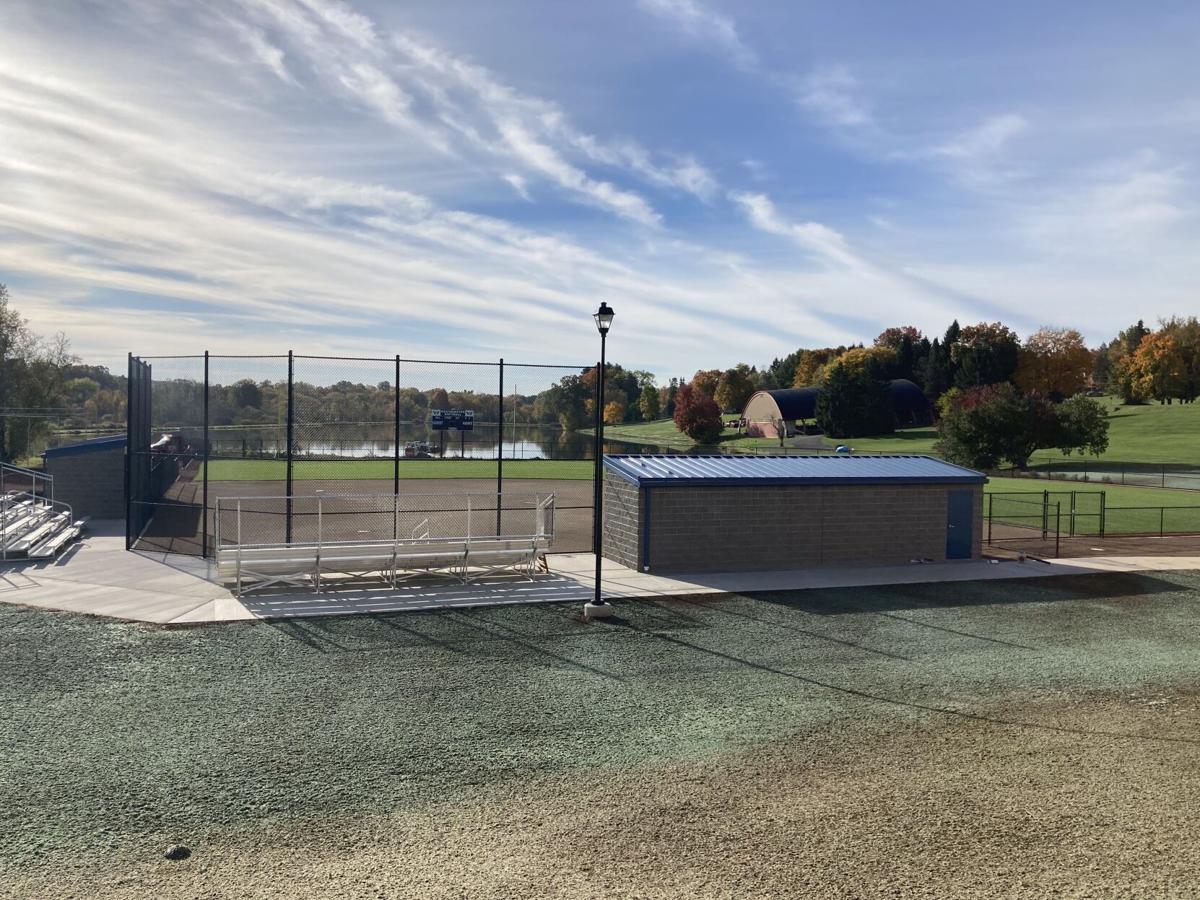 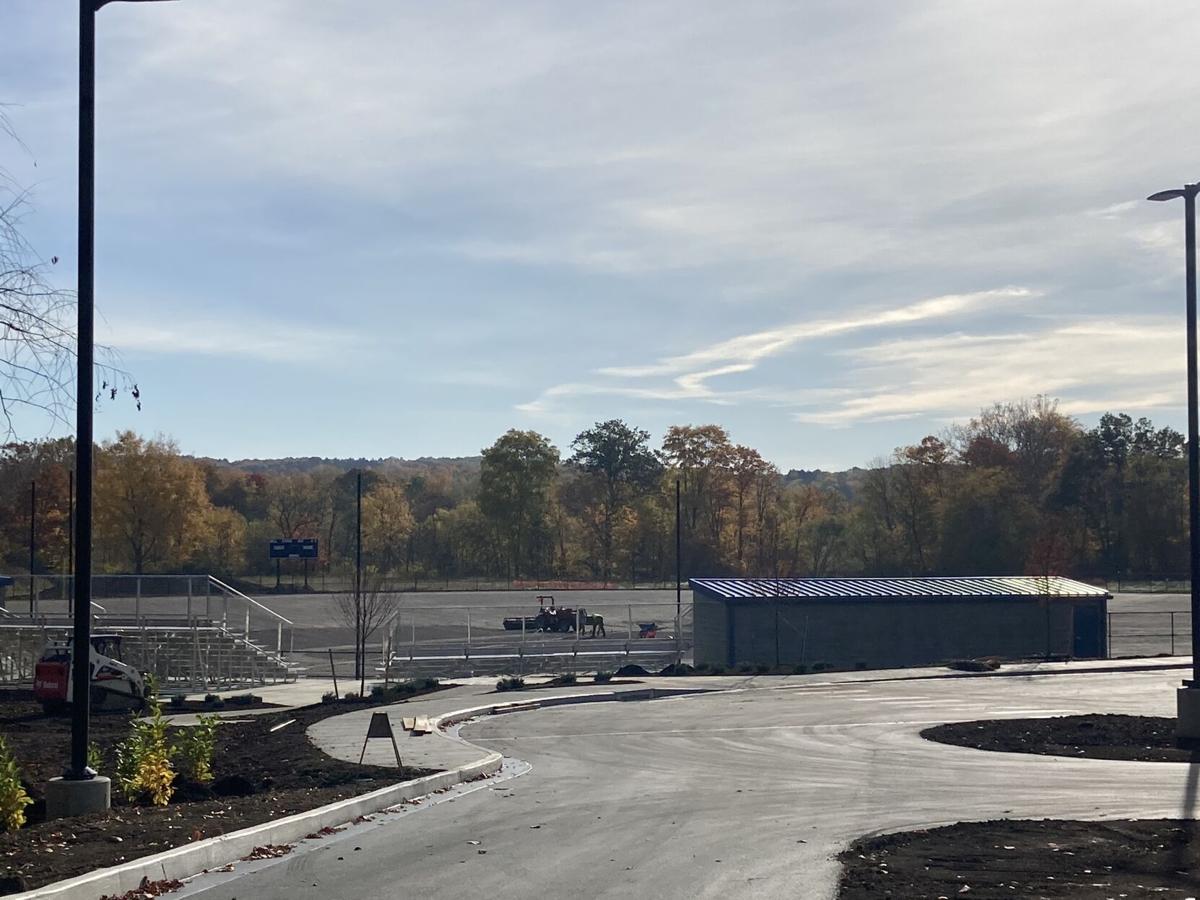 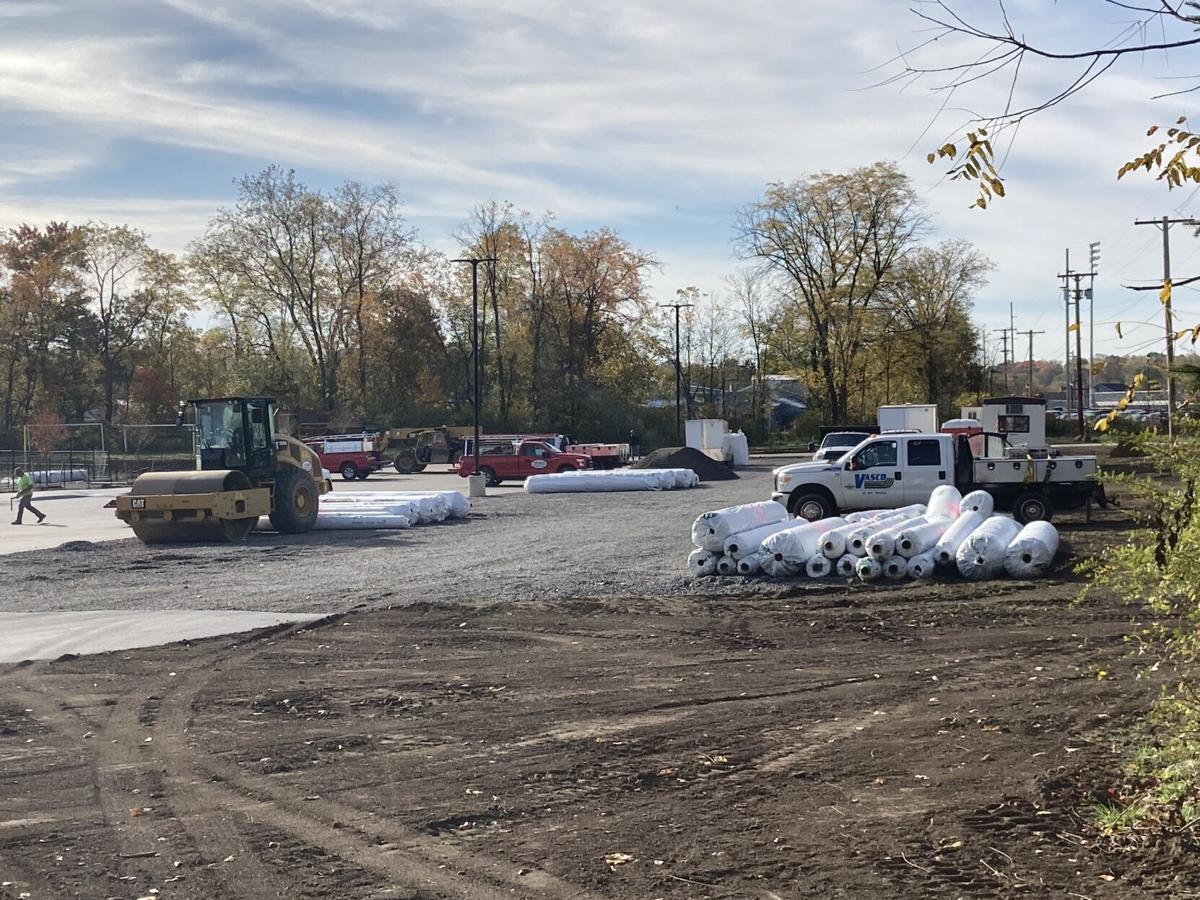 Turf has arrived for the new Baseball Field. 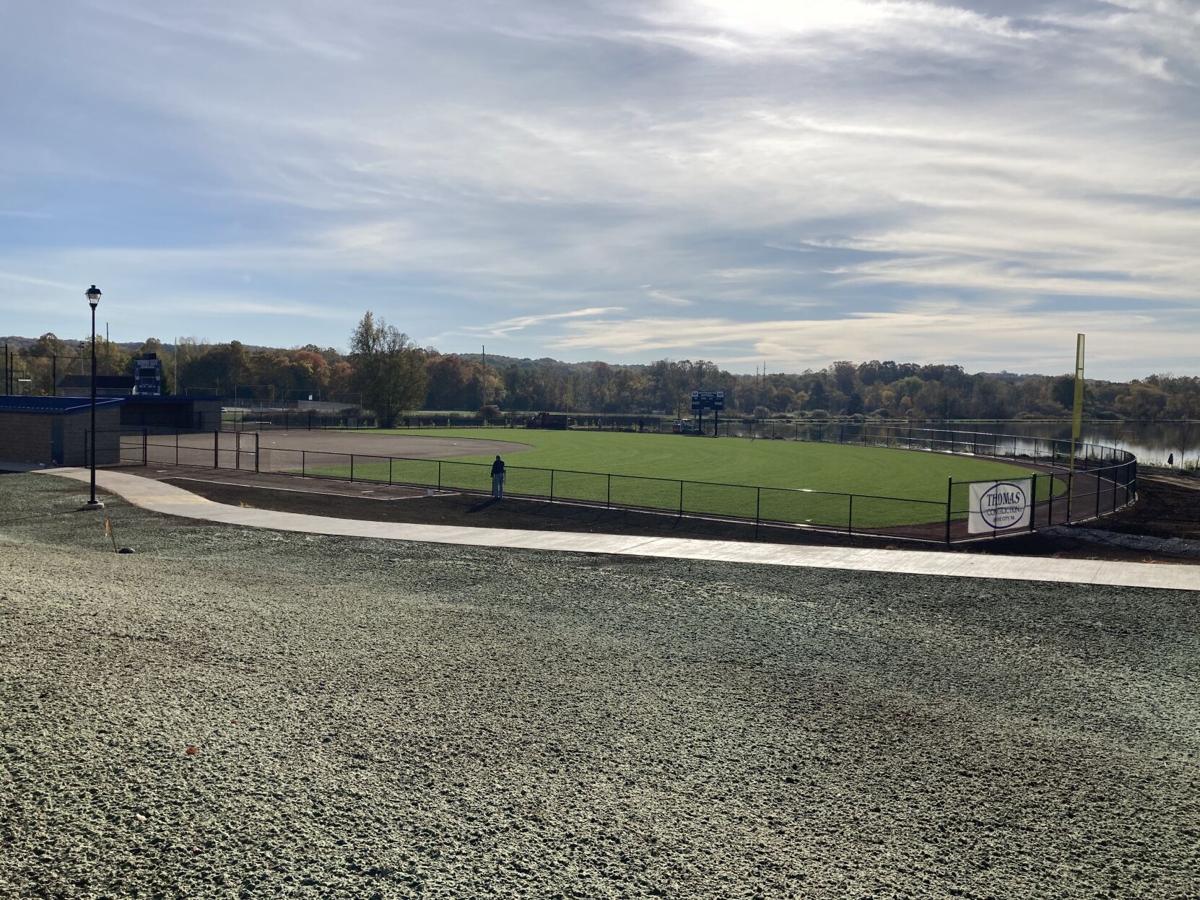 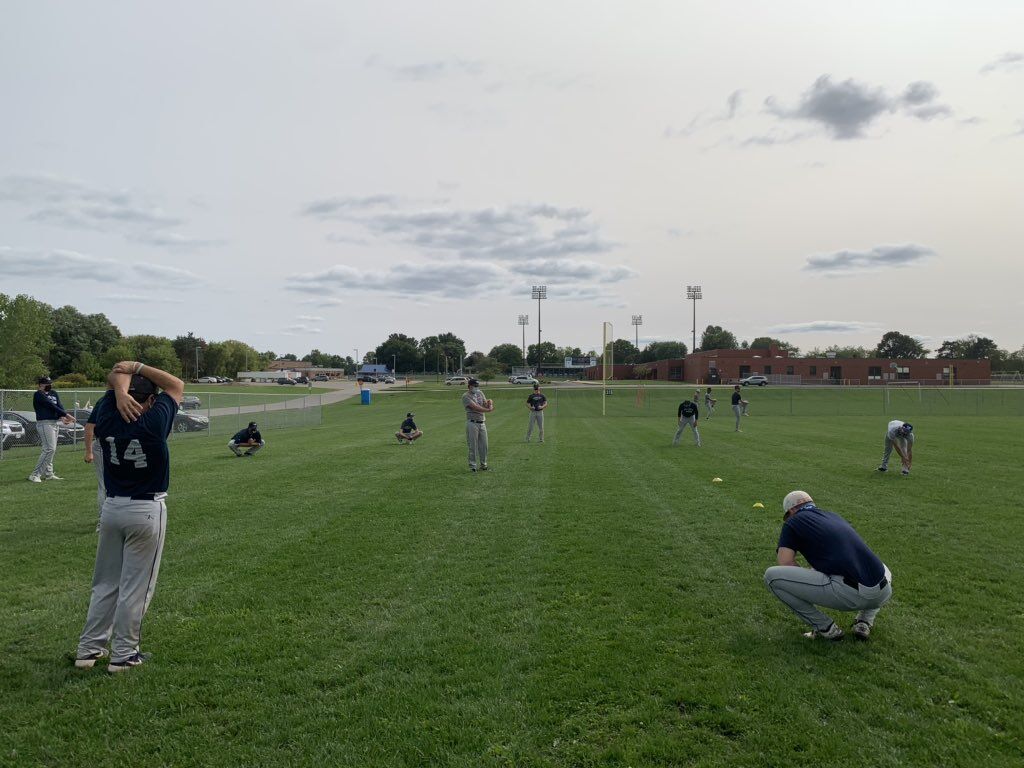 Titans stretch before a practice at the Wilmington High School baseball field. 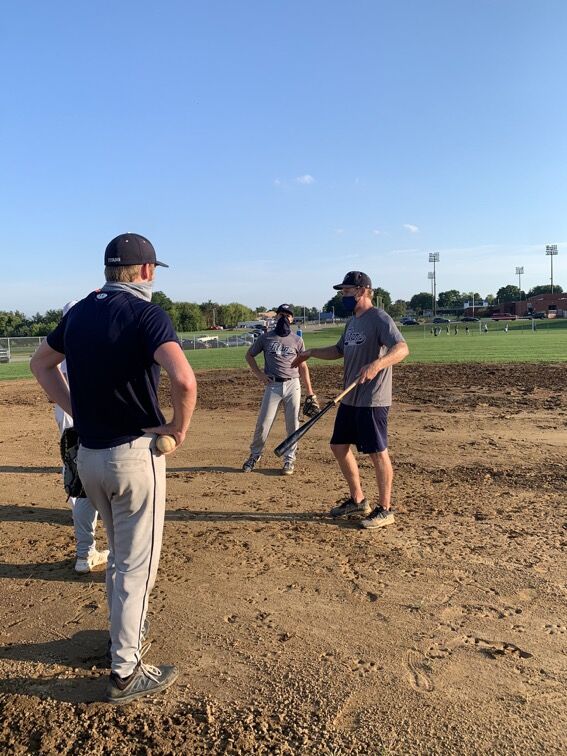 Head Baseball Coach Patrick Riley setting up for a drill during a practice. 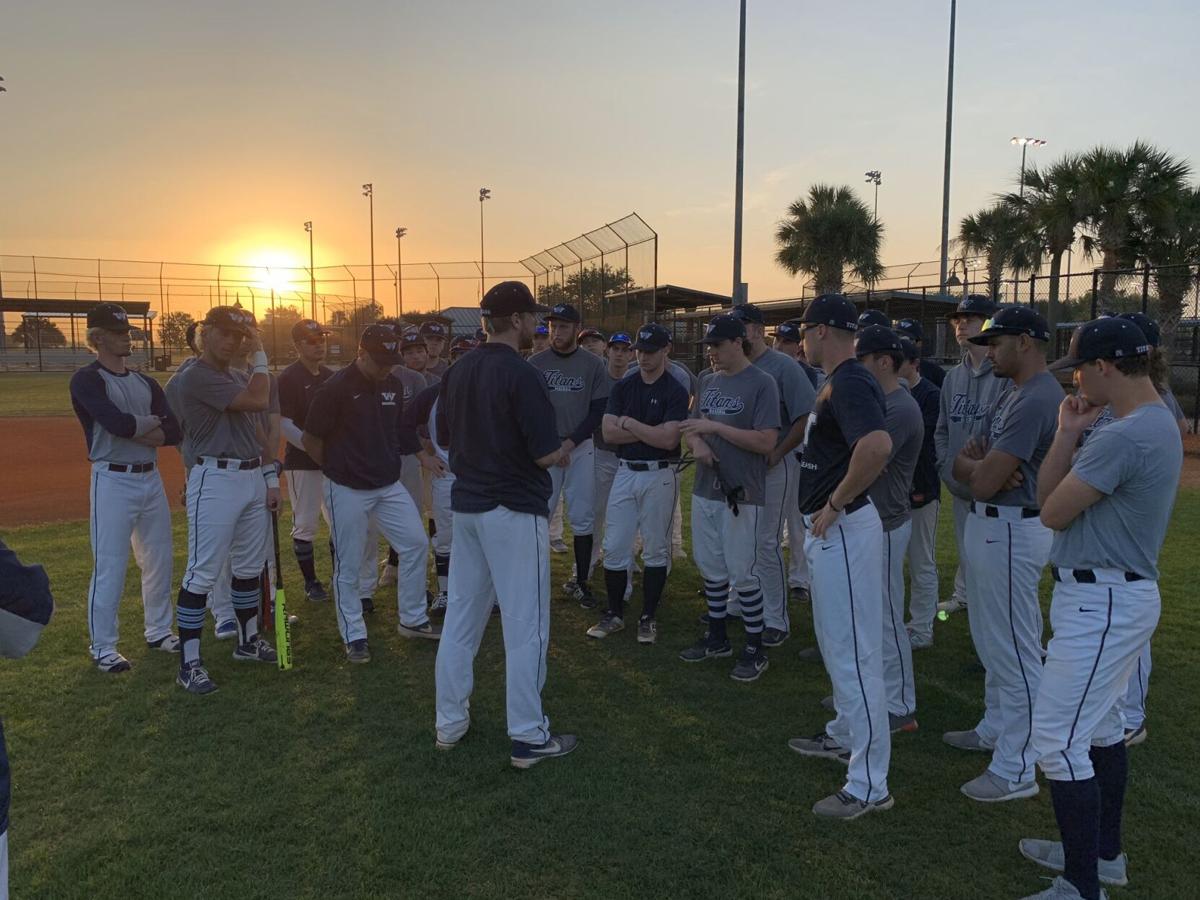 All PAC spring sports had their seasons cut short in March.

Turf has arrived for the new Baseball Field.

Titans stretch before a practice at the Wilmington High School baseball field.

Head Baseball Coach Patrick Riley setting up for a drill during a practice.

All PAC spring sports had their seasons cut short in March.

NEW WILMINGTON, Pa. -- COVID-19 has thrown sports across the world through a whole whirlwind throughout this pandemic, which is no different for Westminster College. Several teams were removed from the field back in March as the entire campus was sent home with high hopes, despite not knowing when they could return.

Over the course of the summer, construction on the new UPMC sports complex ended up removing both the baseball and softball fields as planned. With the ongoing pandemic, these teams would now make Wilmington High School a temporary home so they could participate in their unusual fall seasons.

“Obviously, the circumstances are different in everything in terms of dealing with Covid and everything else. Obviously, our new field is being built right now so we are practicing at Wilmington High School. So that’s a lot different, not having our own field to practice. Theres been changes to how we group guys together to get our work in. It's definitely a little bit different, we have to do a lot of small groups and organize practice differently than we ever have before,” said Head Baseball Coach Patrick Riley about the abnormal fall season. “This fall, it's about getting back on the field and guys together and taking advantage of the opportunity just to play again.”

“Well, I'll tell you what's made different is the fact that we didn't have a season last year. We started this season on small pods working on drills and then when we got the go ahead because we’re not a high contact sport. So, we were allowed to have, you know, up to a certain number of teams and we did a lot of scrimmaging this fall simply because we didn't have spring season,” said Head Softball Coach Jan Reddinger on the softball team this fall. “So I think it helped in effect that they got to know each other a little better than, how can I say this, in a team aspect like playing games that this normally a normal fall we would have done a lot of drills and different things. But we played a lot of scrimmages this year for that purpose for them to get to know each other as teammates in an a in a game setting.”

Additionally, both teams are dealing with the loss of last year’s seniors and a sophomore class that missed out on close to a whole year of competition. The Westminster softball team lost two seniors, Victoria Pezzulo and Lauren McNany, while the baseball team lost five of their seven seniors: Jared Lee, Emilio Rivera, Dante Sienko Jaret Johnson and Marcus Masters. Frank Cinicola and Tyler Barnot return to the Titans while taking graduate courses.

“You know, you obviously feel bad for the seniors of last year. But I also felt bad for the freshmen of last year who are entering their first season and that opportunity to get to know their teammates and become part of the team. That was just taken away,” said Reddinger. “So even over the summer where you would have created a lot of bonds with your teammates that you know short of a little bit of time, we spent indoors that that wasn't able to occur. So, it's like starting all over again this fall with basically having two freshmen classes.”

“I think guys are coming together, as I mentioned, it’s a little bit different because we have to split up practices a lot of times into small groups. So, there are times where some players don’t see other players for quite a period of time, but I think guys are bonding still,” added Riley on his team bonding despite the ongoing pandemic. “I think the upperclassmen are doing a good job in terms of bringing guys together that has been good. But overall, that is what we got to have, that is really important to our success on the field and we got to come together as a team.”

“It's rough, you know. There's no way around it. I think the whole freshman experience at college, you know how that goes, has changed tremendously as far as getting to know the fellow freshmen because they have to also be separated and to get to know the whole college community has been rougher this year. So yeah, it's translated onto the ball field not being able to spend so much time with your team even off the field makes a difference because there is a lot of team bonding goes on off the field for any team and that obviously is going to be lacked this fall. Hopefully it'll change in the spring,” added Reddinger on how new athletes have to adjust to college life different this fall.

Remarkable progress has been made on both teams' athletic fields over the course of the semester. Both should be ready to go for the spring semester, with hope of many games to be played on them when the Titans return for their 2021 season.

“It’s definitely really exciting that should be done in November, it’s huge. It’s going to be huge for our program to be able to practice on the turf and to be able to use it pretty much all year long there is a lot to look forward to I know the returners and first-years and incoming guys and everyone in general is really excited for it, as they should be,” said Riley about the new baseball field.