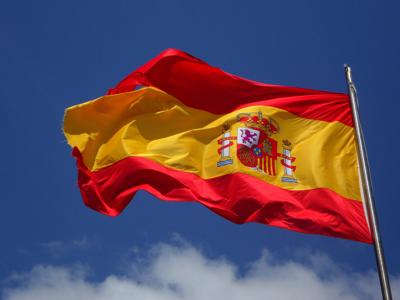 This, I’m sure, is a bummer to the Westminster College administration. Or, it at least comes across as a bummer since speaking a foreign language is a requirement in order to graduate.

I contest this requirement, though.

I firmly believe learning a language should be revoked as a graduation requirement.

Having requirements to take one course within a broad category of courses, as seen through the other Intellectual Perspectives, makes sense. If I were to take all English courses in my four years at Westminster, I would become single-minded and forget to consider the worldviews of people in other disciplines. It helps me grow as a student and person to take courses that challenge me or ask me to think in different ways than I am accustomed to.

The beauty of most other categories of IP, though, is that I can choose what topics most interest me out of a large array of options.

That silver lining is practically nonexistent with the foreign language requirement. Rather than have a list of twenty or so classes from which we can select which one we take to meet the requirement, we are given a choice of two languages: French and Spanish.

This is not a sufficient amount or variety to choose from for something that is apparently so important someone believes we must know it prior to entering life outside of Westminster.

It is inappropriate to require language courses if you are not equipped to provide a respectable selection of classes.

When I first began attending Westminster, at least four languages were offered: Spanish, French, German and some professors even offered to host independent studies in which you could learn other languages that they are passionate about (Dr. Na really did it all, didn’t he?)

After my freshman year, the only German professor was fired. A new German professor was never hired. Dr. Na left shortly after, which eliminated even more opportunities students had to learn languages. Now, only Spanish and French remain. (And it appears that French is beginning to be phased out, as the option to major in the language was recently taken away.)

Latin was offered for three semesters, but to take any of those classes, you had to enroll in the first level of it. Unfortunately, that isolated part of the student population from enrolling in the language. (I actually would have loved to take Latin. I took it for a year in high school, so I’m somewhat familiar with the basics of the language. Latin is also, arguably, the most applicable language to furthering my studies as an English major because I could investigate root words and derivatives – things that actually excite me).

While I believe there are some benefits to learning foreign languages, not everyone can benefit from learning them. I wholeheartedly believe that while it is important for schools to offer foreign language classes for those who may be interested in them, not every student should need to sign up for these classes.

Learning Spanish, as far as I can tell, is not going to help me with my future endeavors. If for some reason I end up needing Spanish later on in my life, I feel equipped to find a course or other method of learning the language at that time. If I need to know Spanish in the future and I miss an opportunity because I do not have that qualification, I feel more comfortable knowing that that choice was made by me under careful consideration.

In other words, I would prefer to accept responsibility for my future rather than be forced in the present to take a class that does not interest me, does not benefit me, and causes my GPA to drop in a big way.

Many schools with similar demographics and geographic regions to WC do not hold the same requirements for their students to graduate. Kent State, for instance, only requires certain majors to get credits in foreign languages. The administration at Kent recognizes that most students will benefit more from using their available credit hours to take classes that will help them excel in their career paths rather than using those credit hours for a language.

Not only does Kent not require its students to take language courses, but for those who are interested in the field, Kent provides classes in fourteen different languages. Grove City, University of Akron, and Youngstown State all fall under similar categories. Some do not require their students to complete foreign language courses. The others that do have this requirement offer a significant amount of languages to merit a choice of what each student studies.

If languages are to be required, it is imperative that we are given a choice as to which ones will maximally benefit us.

Kent also offers courses on the cultures of foreign countries. Culture courses can take the place of normal language-learning courses. If the argument behind requiring students to learn new languages is to make them view the world through the lens of other people and places, supplementing traditional language courses with culture classes would be an excellent idea.

To its credit, WC does, in fact, offer some cultural-based courses. Dr. Jeffrey Bersett, for instance, is teaching "Cultures of Spain" during the Spring 2021 semester. This class sounds exponentially more interesting that a traditional language course – and, given Bersett’s palpable passion for Spanish culture, I guarantee the course will be more advantageous to students than actually taking Spanish as a language.

The problem with Cultures of Spain is that it does not satisfy the language requirement. As great a teacher as Bersett is, I would not find myself in that class for any reason other than meeting the requirements I need to graduate. My schedule – and those of my peers – only allows room for the classes I absolutely need. I wish I could take "Cultures of Spain" instead of Spanish 201. I do.

So why isn’t it an option? What is the rationale for requiring students to take courses that will likely not benefit us in the future?

Numerous large, public schools around the country – Florida Gulf Coast University, Ohio State, East Carolina University, University of Georgia, for instance – do not hold this requirement of their students. All of them, though, offer a plethora of languages should a student desire to delve onto that path.

We are a small, private school. Perhaps our administration believes our future employers will look for us to know a language. Maybe that’s what will set us apart from graduates of larger schools that lack this specific criterion.

You can’t expect students to take seriously what is evident you don’t.