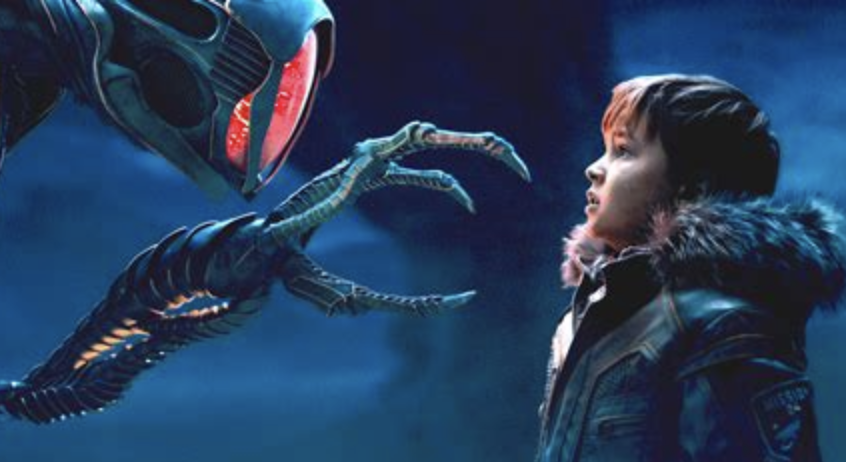 The re-imagined robot and Will Robinson from season 1 of the 2018 Netflix series. 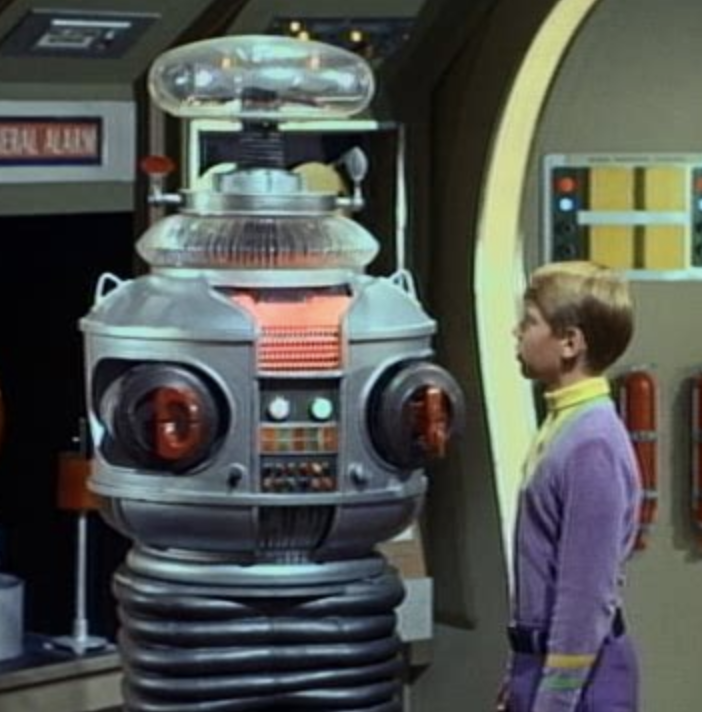 The original robot and Will Robinson from the 1960s series on CBS.

The Robinson Family has enrolled in a program that offers them a new life on a new planet, light-years from Earth on their ship, the Jupiter 2. They will have to pass a string of rigorous tests before they can earn their spot on the Resolute, a glorified spaceship that makes the voyage to the self-proclaimed utopia they call Alpha Centauri. The Robinson's is an elite, naturally gifted family that will surprise you one episode at a time.

First up, Maureen Robinson is a top-tier scientist who worked on developing and creating the Resolute. Maureen has this unique momma bear mentality that you will fall in love with, even if it might get her into some trouble.

Maureen is married to John Robinson, a US Marine Corps veteran and father to Judy and biological father to Penny and Max Robinson.

Judy Robinson is the oldest of the Robinson kids at 18. When Judy went through the testing programs for the Alpha Centauri, she was enrolled in a doctoral program.

Next up, Penny Robinson,15, is the middle child of the family. Penny is a writer and wants to become the first author in space. She has a creative thought process and a big heart; she will need both to help her family survive.

Last, and certainly not least, is Will Robinson. The Kid, the whisperer, the mediator; call him whatever you want, but Will has something special, evident in every episode. Will is the youngest of the Robinson but is the only one with his eyes open on their intergalactic journey.

On their journey, they are forced to evacuate to a nearby planet in Jupiter (a spaceship that doubles as their home). When the Robinson family first landed, it was under the expectation that they would return to the mothership, The Resolute, but their stay was extended by the unforeseen. The family will have to work together if they want to survive.

Lost in Space has been rebooted from the 1965 version of the series. I was, unfortunately, unable to watch the original version to make comparisons, but the report has many noticeable differences from other films and series we see in the modern day. First, I would like to commend the showrunners and writers: Matt Sazama, Burk Sharpless, and Irwin Allen, for the representation they gave to not only females but minorities as well.

The casting that was done for the show seemed appropriate early on and by the end of season 2, I grew more attached to the characters than I initially thought. One of the first elements of the series was the amount of female representation. Maureen is calling the shots in the family and has been doing so for some time since John was frequently getting deplored. Aside from calling the shots in the family, she is the smartest one in the room; she never boasts; instead, she uses her knowledge to protect her family and the others on the Resolute.

Women leads also play the Captain of the Resolute and the head of the engineers, and these roles could not have been cast any other way.

Secondly, there was a strong representation of other cultures and nationalities.

I think that this is important because if we are ever able to reach the scientific and engineering capabilities of light-speed travel, it will take the help of every nation. This could never be something that just the Americans or Chinese or even the Russians could accomplish by themselves. Once they are in space, it's as if their mother nation is irrelevant.

It puts life into perspective in a way. When you are fighting for survival, it does not matter what someone looks like or where they come from. What matters is what each person will do to help everyone survive and reach the promised land known as Alpha Centauri.

There is a lot that can be said about this series.

Overall, I think that Netflix took a chance rebooting the show, and they delivered. The show caters to teens and individuals that were around when the first series came out. It also them to see a show like what they had butt with the better graphics and higher film quality. The audience was vast for the series, and they could reach a lot of their target audience. The children's focus is a supportive and inventive environment for young preteens and teens to watch. The action and the complex graphics of the aliens and space attract the 20- and 30-year-olds on Netflix. And Lastly, the element of nostalgia.

Allowing the older target audience that used to watch the show as kids, can I watch something that reminds them of their childhood and better days.  When the show first aired, it was only two seasons being released back-to-back years. Until recently, in March of 2020, Netflix selected another season matching the original season's three seasons.

I think that the growing success of the film series was significant enough for Netflix to consider and eventually to commit to a third season. They would not have done this if they were not confident in their audiences' commitment and their shows ability to draw a new viewer.

Overall, I think this rebooted TV series is one for the ages, and I strongly recommend it. This series is breaking ground with representation within the industry. I could go on and on about what I love about the show, but my words will never be able to replace your own experience.