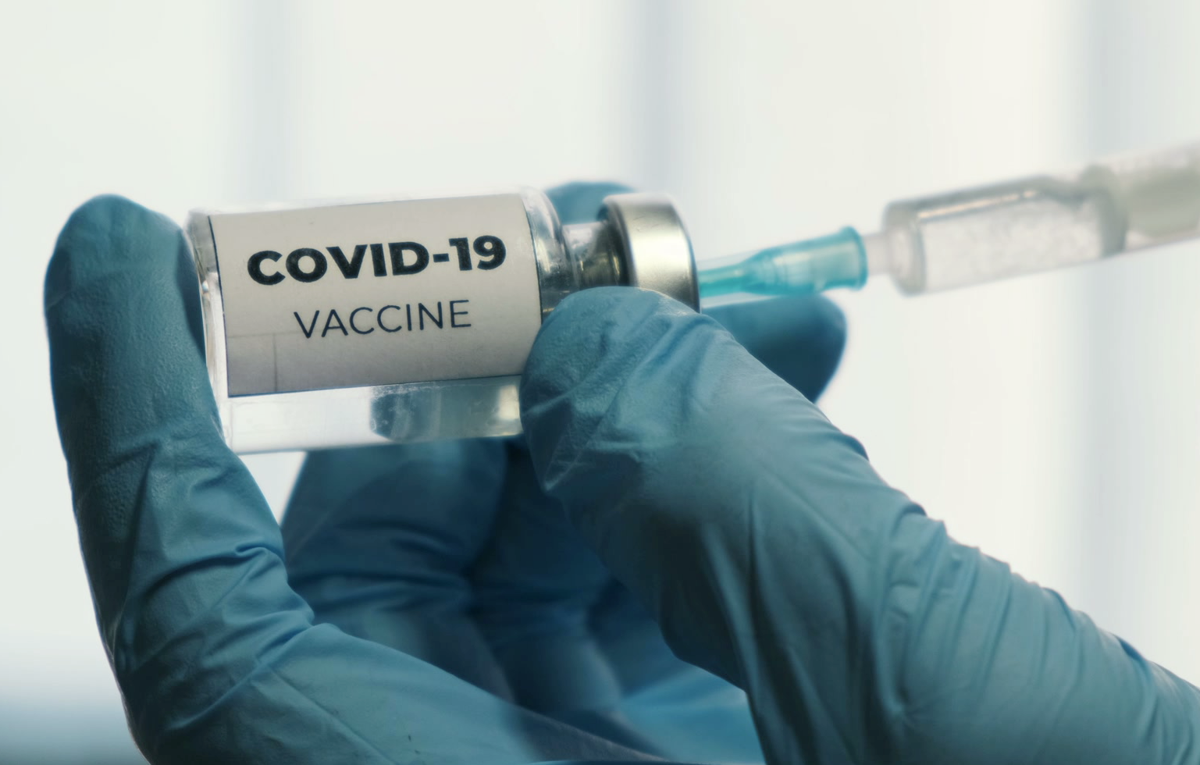 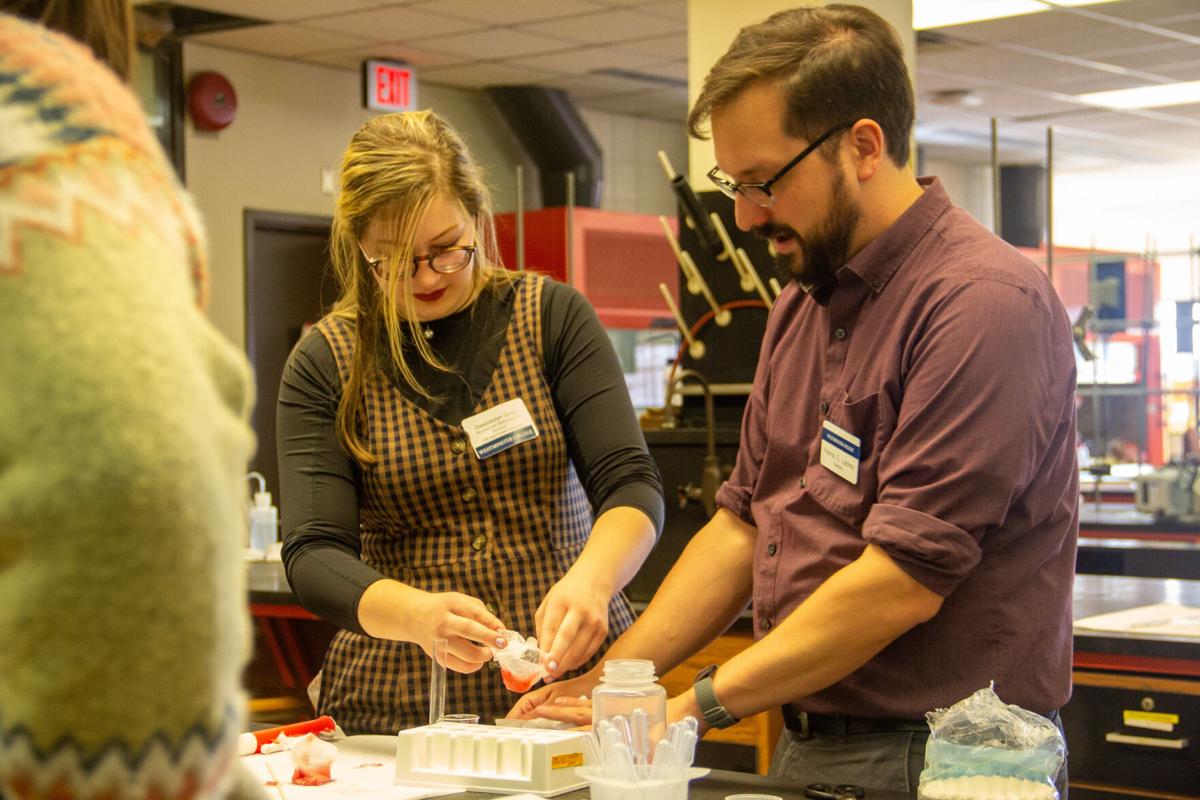 NEW WILMINGTON, Pa.-- When it comes to the science and facts about the coronavirus, one expert on campus is Patrick Lackey, Ph.D. Assistant Professor of Chemistry. Dr. Lackey has done extensive research on the components of the COVID-19 vaccine.

As an undergraduate student, Dr. Lackey began researching RNA—the protein vector in the COVID-19 vaccine, where he examined biophysical interactions between RNA structures called G-quartets and proteins. For his Ph.D. project, he analyzed the regulation of histone mRNA degradation. Dr. Lackey is continuing his research on histone mRNA at Westminster.

MILLHORN: Can you explain the general science behind the COVID-19 vaccine?

LACKEY: "[A vaccine] is something that exposes the patient's immune system to disease in some form of lessened fashion, so that the body can raise an immune response to that disease without the person getting sick.

[Viruses] are just a couple of proteins that incase a little bit of RNA or DNA. They infect cells, and they hijack those cells as machinery to make more RNA or DNA that makes more proteins, allowing them to infect more cells. When you get sick from a virus…more and more of your cells are being taken over by those viral particles, and then—oftentimes—part of what is making you sick is [that] your body is trying to respond to those in some kind of way. Or it's killing those cells. A lot of cells are good at hiding from our immune system. That's what causes a lot of viral illnesses.

Part of that is why we have so many vaccines specifically for viral diseases: they're so simple. They really are, usually, like five or six proteins that our body doesn't make. Our immune system is really good at recognizing proteins that we don't make and raising an immune response to them.

What the mRNA vaccine does is, rather than give you a protein that's been made that is based on a COVID protein, or, rather than giving you part of the COVID virus itself in a weakened form, we're just giving you one set of genetic instructions to produce one protein. It's the most unique protein out of the genome of the SARS-CoV-2 virus. If we give your body the instructions to make the most unique protein, that will raise the most specific immune response.

Watch Dr. Lackey present on the facts and science behind the vaccines in this video presentation from Spring 2021.

MILLHORN: Can you explain the science behind RNA and mRNA structures?

LACKEY: I have spent a lot of time studying [mRNA]. In grad school, I studied how RNA gets broken down by the cells, and that's still—to some extent—what we're working on here in my research at Westminster. Most people…are familiar with the idea that your cells have all this DNA in it. The DNA gets turned into RNA, and RNA is what gets turned into the protein. We have something like six billion base pairs of DNA in our cells. That DNA is capable of making about 20,000 proteins. But every cell doesn't make all 20,000 proteins. Most cells express about half of those proteins, and it's different combinations of those 20,000 cells that let the cells differentiate.

RNA is the molecule that says, 'these are the proteins this cell is making.' So, you have all this DNA, and certain parts of it are opened up and turned into RNA. RNA is what's turned into the actual protein itself.

[The mRNA vaccine] gives you a little bit of mRNA that is specifically designed to make this very unique COVID protein so that the cells that receive the vaccine will make this very unique COVID protein. Then your body will recognize that as a protein that's not supposed to be there; it'll raise an immune response to it; it'll attack it; it will generate antibodies. Then, if you were to get sick, you would raise a quicker immune response to that protein again in the form of the infected virus.

There are a bunch of reasons why mRNA is a good target to use to make a vaccine. We haven't done it before now [because] we, mostly, have been making effective vaccines against the things we wanted vaccines against, and it was hard to convince companies to do something different…Using mRNA for a vaccine [because] you don't need the whole virus. If you think about a flu shot that gives you an attenuated virus, then there is a small chance that that attenuated virus will make you sick because it's the [whole] virus. It has all the instructions for the whole genome. It could, in theory, make all of the proteins. Most flu shots don't use attenuated viruses. But some vaccines do. If you're just giving [your body] the instructions for the spike protein, then there's no chance that that will give you COVID. It’s not enough proteins. It’s not enough of the RNA from the virus itself. It’s just one small part of the virus—the most unique part—that will make the proteins. Then, your body will attack it and get rid of it.

RNA [also] makes sense for a vaccine [because] your cell does not keep RNA around if it doesn’t need it. We talked about how there are 20,000 possible proteins, and we’re going to express some number less than 20,000 of them, so we make the RNA that we need to make those proteins. Once the proteins are made, the cell gets rid of the RNA because there’s no need for it. Now it’s just a molecule that doesn’t have a function anymore. Your cells do not like molecules that do not have functions, and it just gets rid of them. Things that make the cell get rid of RNA very quickly are the sorts of things that I’ve been studying.

[RNA] makes a lot of sense as a vaccine vector because there's almost no chance that that molecule will hang around in your cells. It'll make some protein; you'll raise an immune response to it; your immune system will attack that protein. There's no risk it'll make you sick because it's only part of the virus. Then you've made the protein. Your cell recognizes that RNA as having been used, and it gets rid of it.