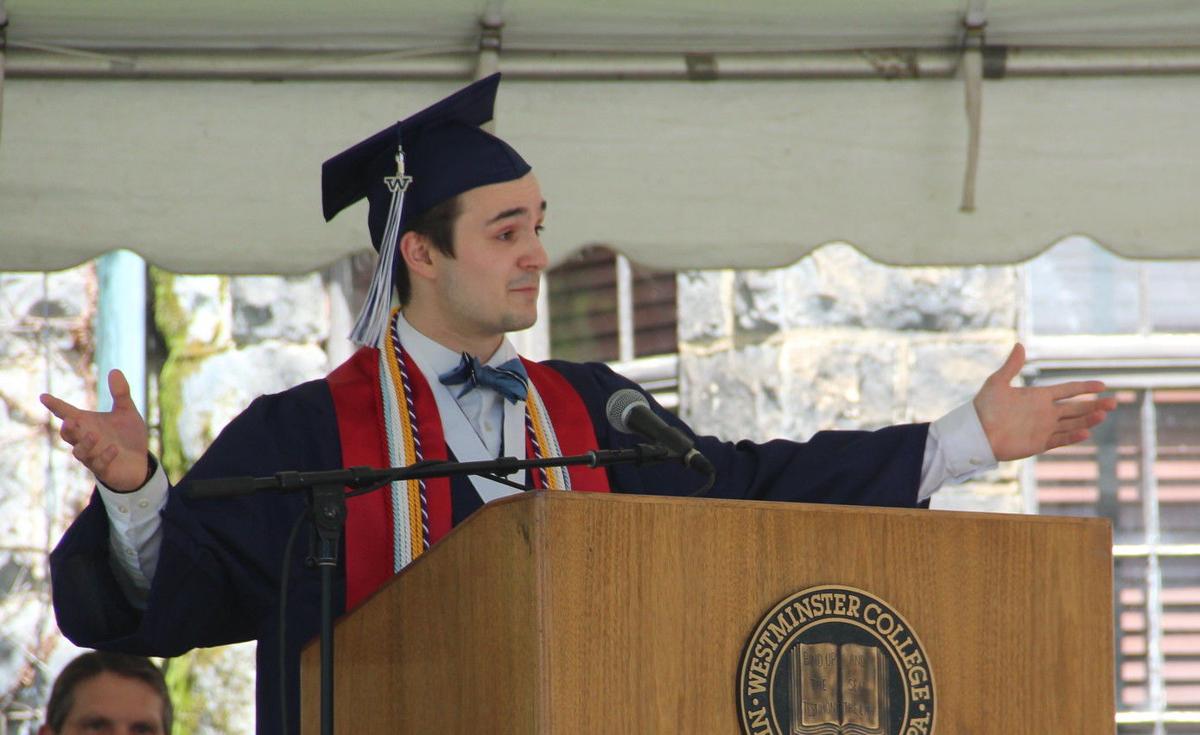 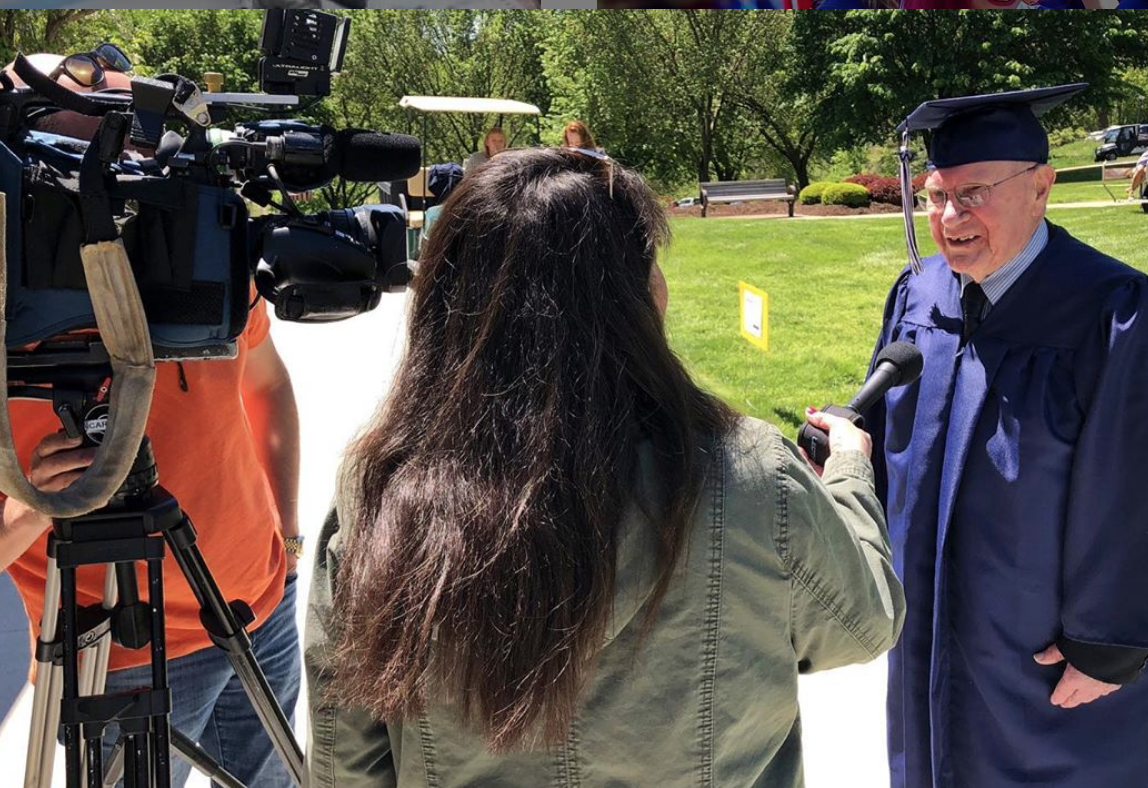 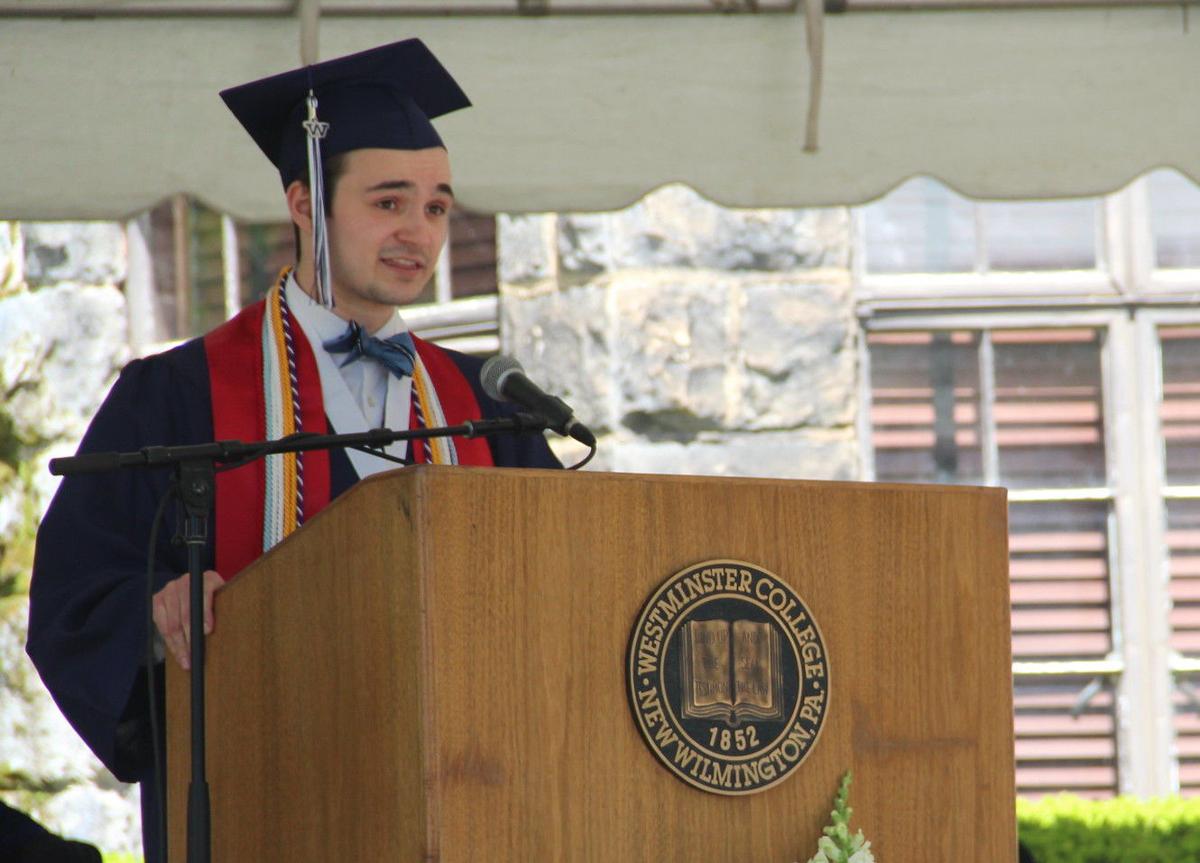 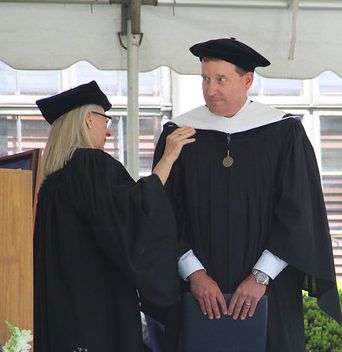 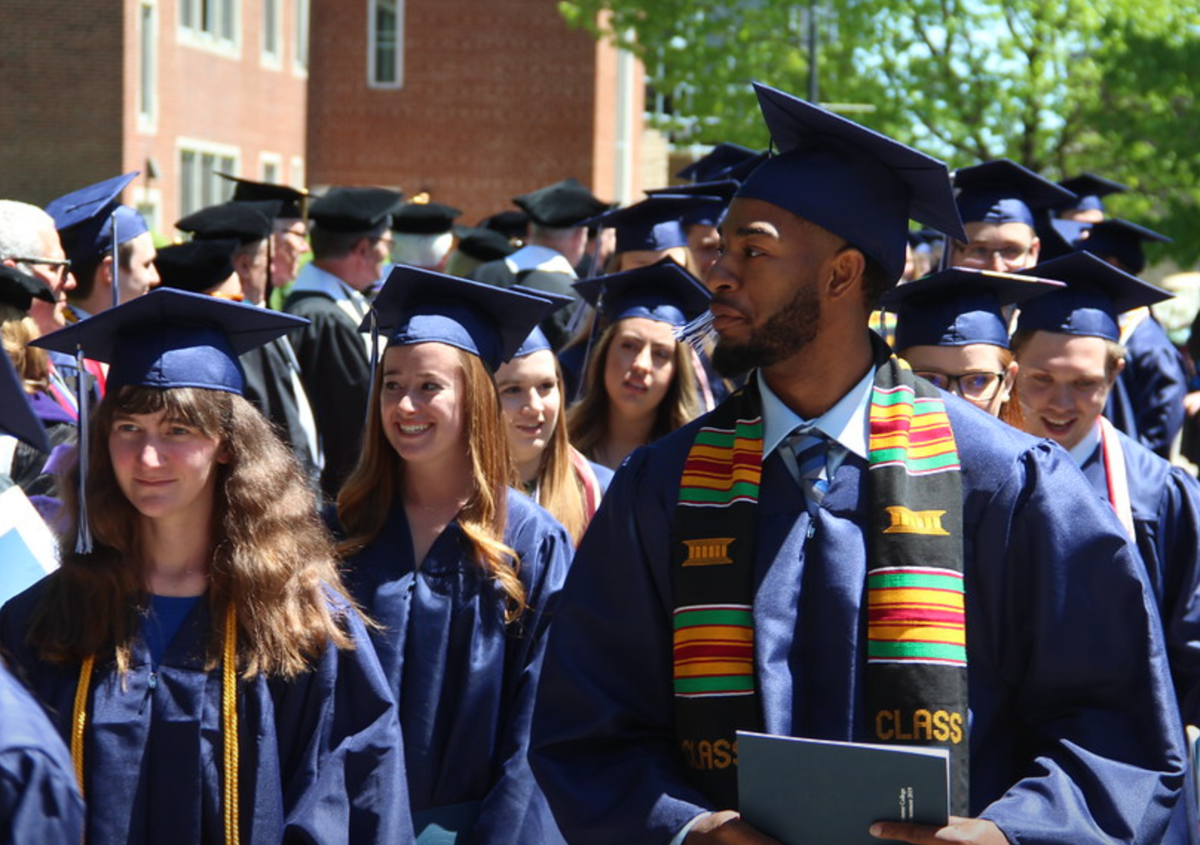 “Westminster has shown us these two worlds, the world of critical thought and of human emotional reality, together. And not always in perfect harmony. But this is the great human journey,” Ollila said.

“We live in a world that is too dangerous for anything but truth, and too small for anything but love. So, never lose the spark of critical thought or the care for others that has been instilled in you and shown to you at Westminster College,” he said.

College President Dr. Kathy Brittain Richardson asked the members of the Class of 2019 to remember the mission of Westminster: to help students development characteristics that have distinguished human beings at their best.

“You stand as testimony to that mission. Your coursework, involvements, relationships, service, worship—and your challenges here—have helped you develop competencies in communication, critical thinking and collaboration and characteristics of curiosity, compassion, and diligence, all based on a commitment to integrity and respect for others,” she said.

Kaiser’s work on the long-running popular NBC sitcoms “Seinfeld” and “Will & Grace” earned him two Emmys, as well as 10 Emmy nominations. Kaiser also executive produced “2 Broke Girls” and the current reboot of “Will & Grace.”

Additionally, Cranberry Township resident Dr. Paul Suorsa, a 90-year-old retired veterinarian who practiced in Slippery Rock, received his Bachelor of Science degree in chemistry, an achievement 70 years in the making.

Suorsa’s long path to a Westminster degree began in 1949 when the New Castle native enrolled as a chemistry major. In 1952 Suorsa was accepted into the University of Pennsylvania School of Veterinary Medicine and left New Wilmington for Philadelphia before he was able to complete the German credit hours that were required for him to complete his Westminster degree. He ultimately earned his Veterinariae Medicinae Doctoris (VMD) degree from Penn in 1956, but never gained enough credits to earn his bachelor’s from Westminster.

In September 2018, Suorsa’s family—in search of a 90th birthday gift for his father—reached out to Westminster in hopes of securing his father’s unrealized dream of earning a Westminster degree. The College approved the request.

A baccalaureate service earlier in the day featured the Rev. Dr. Randy Bush, senior pastor of the East Liberty Presbyterian Church in Pittsburgh, who shared “Timeless Classics in a Changing World.”