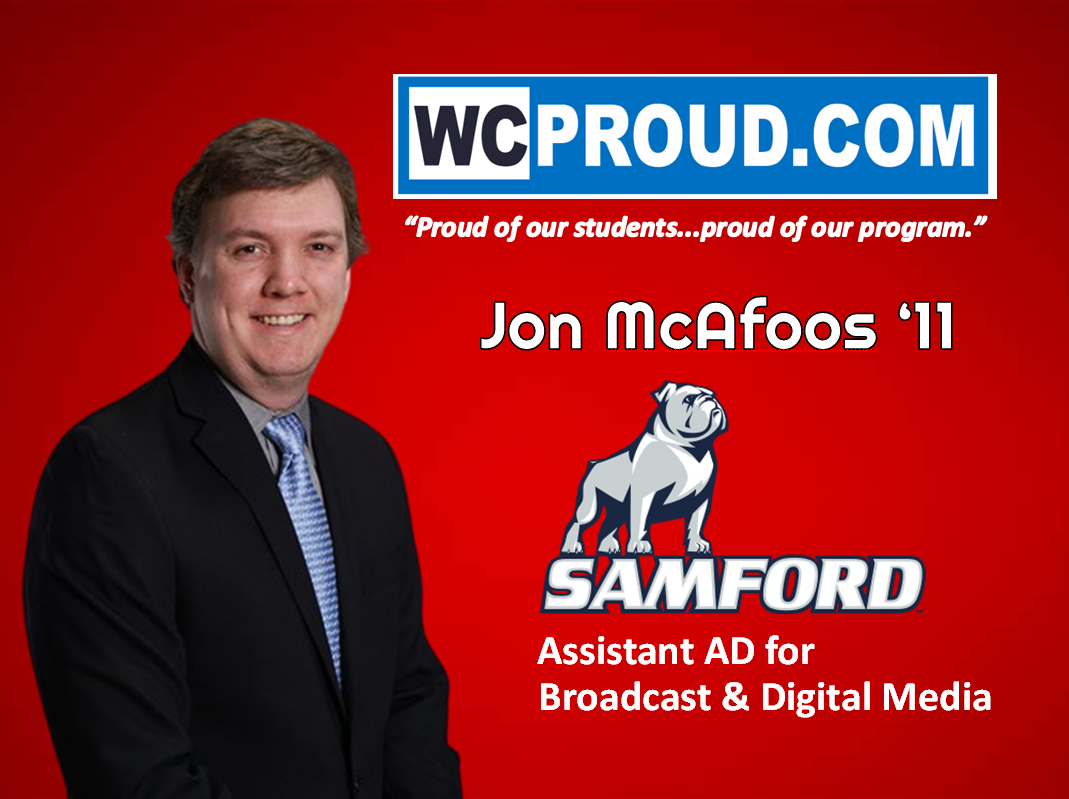 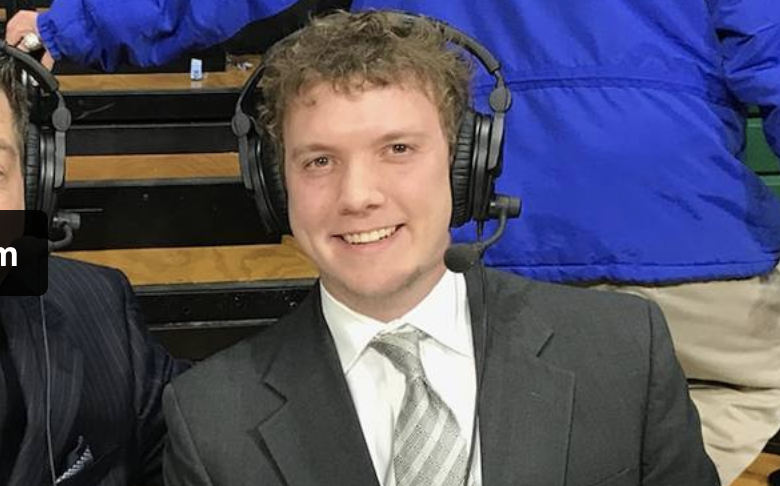 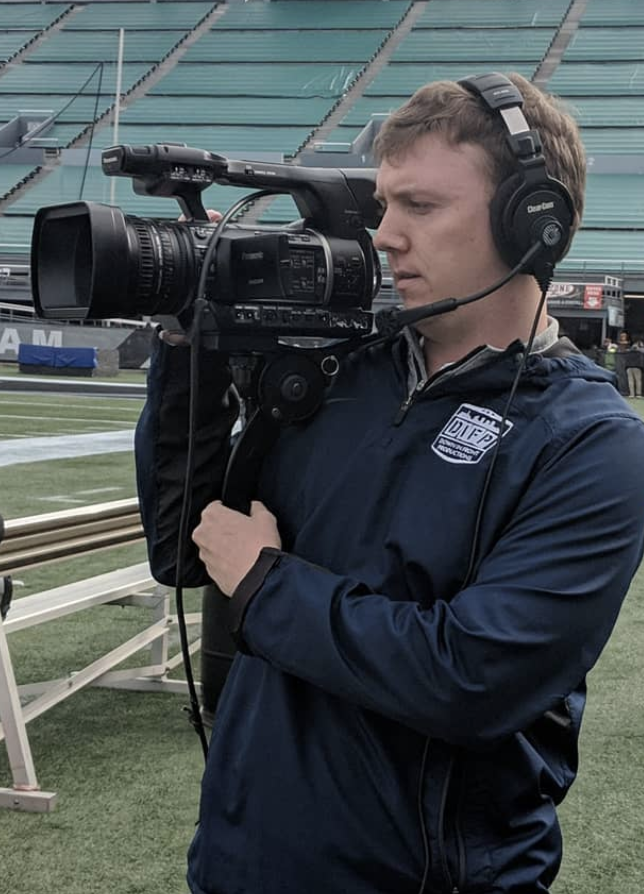 From @foos026:  First-ever Birmingham Iron game. Another reminder that I'm fortunate to have a career that feels more like a hobby. 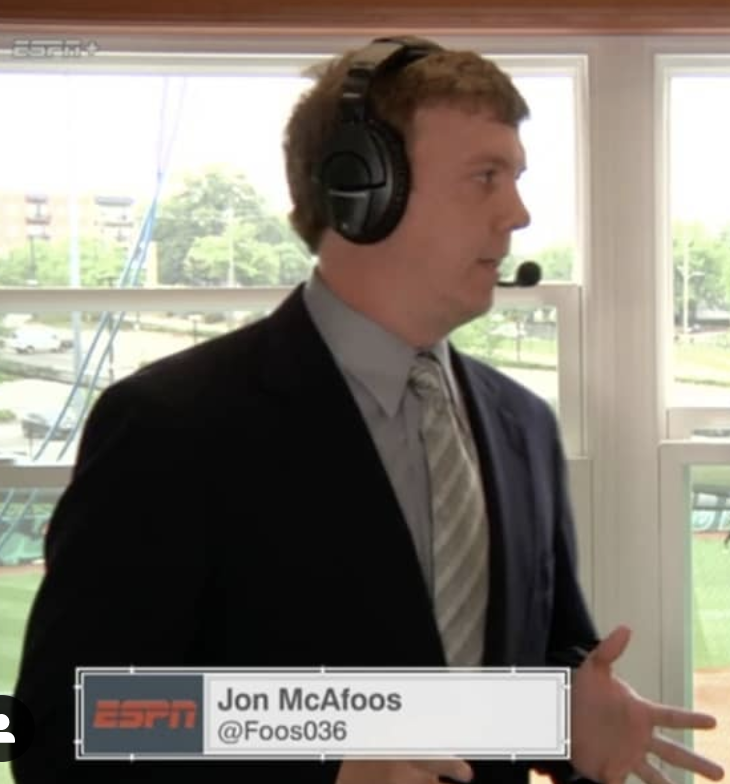 McAfoos doing play-by-play for the CUSA SB Championships on ESPN+! 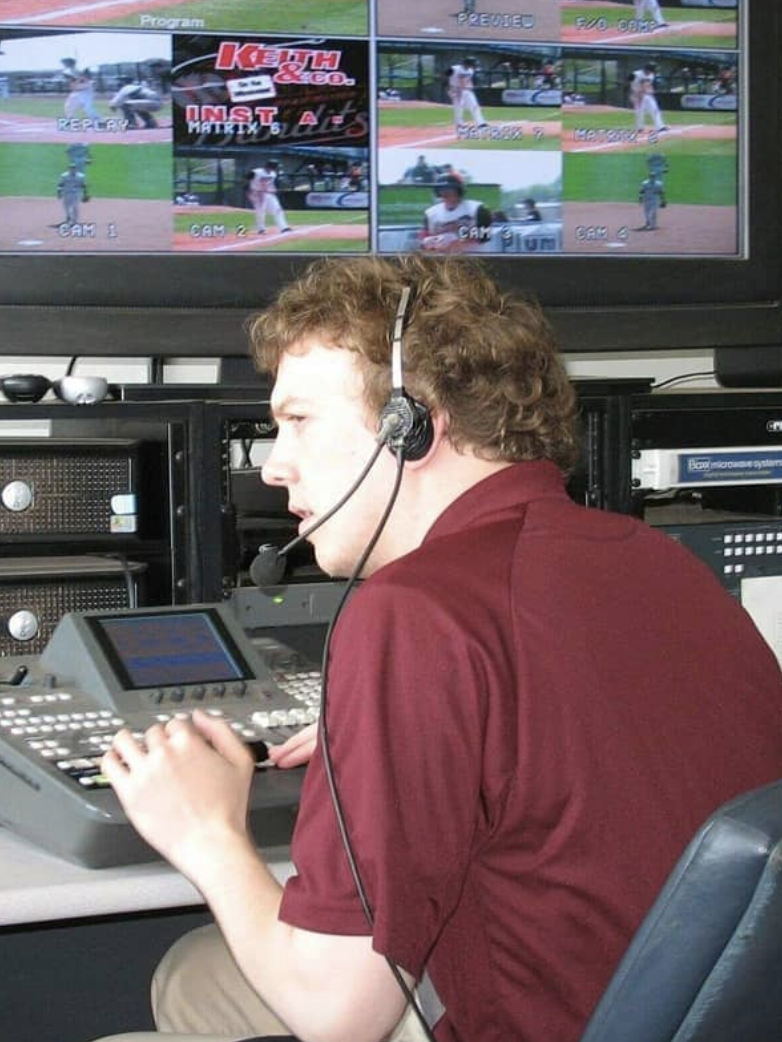 McAfoos directing broadcasts for the Quad Cities River Bandits, May 2014.

From @foos026:  First-ever Birmingham Iron game. Another reminder that I'm fortunate to have a career that feels more like a hobby.

McAfoos directing broadcasts for the Quad Cities River Bandits, May 2014.

We want the Westminster College community to join us in a big shoutout to Jonathan McAfoos, the new Assistant Athletic Director of Broadcast and Digital media at Samford University Athletics. Jonathan completed his undergraduate degree in Broadcast Communications at Westminster College in 2011. We are incredibly proud he is part of the Mother Fair family. He is a native of Warren, Pennsylvania, and gained hands-on experience in broadcasting and sports with Titan Radio and Westminster Cable (WCN).

Jon McAfoos has been on staff overseeing all aspects of live sports productions at Samford in Alabama for the past six years.

In his first year, McAfoos helped launch Samford’s first-ever in-house broadcast on an ESPN platform, a 45-16 win for the football team over Central Arkansas on September 3, 2015, that aired live on ESPN3. That year, Samford produced a total of 20 ESPN broadcasts, a number that has subsequently increased in each season.

In a shortened 2019-20 athletic year, Samford produced 98 ESPN broadcasts in-house, with another 41 scheduled, ranking amongst the highest number of ESPN broadcasts produced in-house anywhere in the country.

McAfoos is responsible for the hiring and training of a student staff that fills out roles such as camera operation, replay, graphics, audio, and sideline reporting. He also schedules and manages all on-air broadcast talent.

In addition to live events, McAfoos produces the Chris Hatcher Show each fall, and also produces and hosts the Samford Sports Wrap-Up, a weekly show with other Samford Athletics coaches and administration.