Skip to main content
You have permission to edit this article.
Edit
Home
WCN 247 News/Sports
Titan Radio
TV Programming
The Holcad
Video & Podcasts
WC Proud
Contact Us
Share This
1 of 7 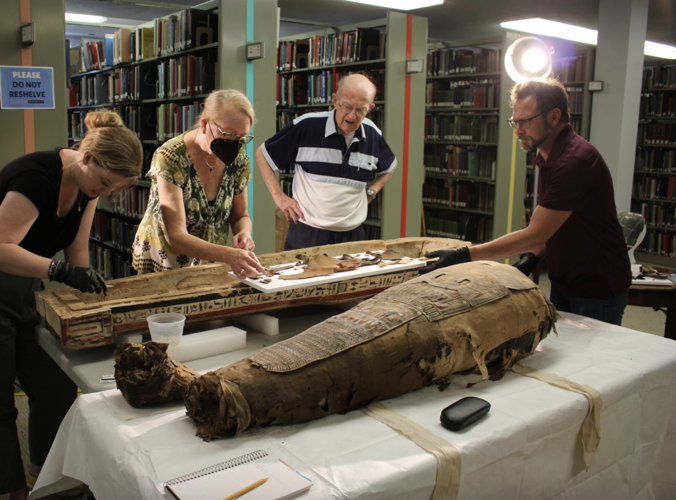 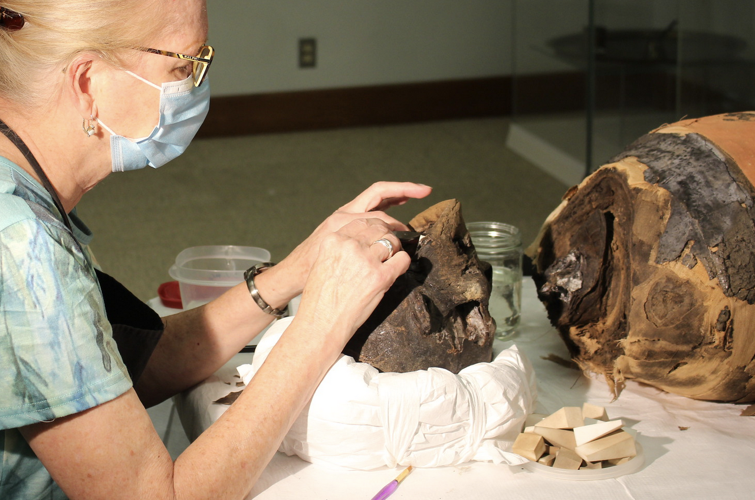 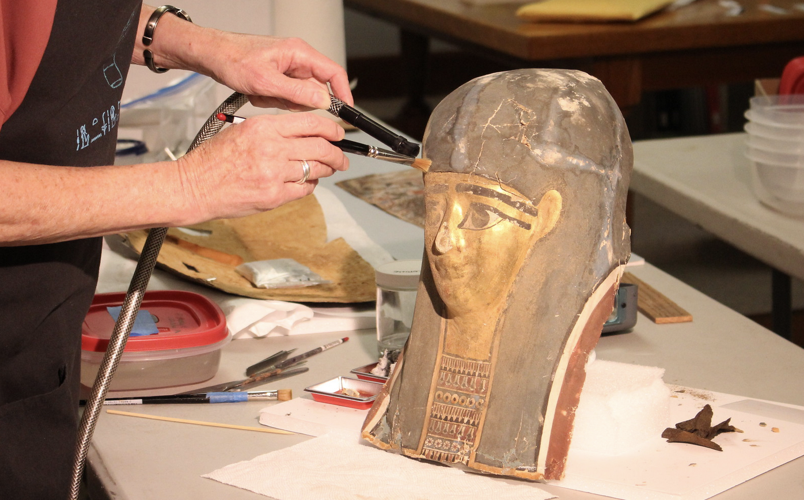 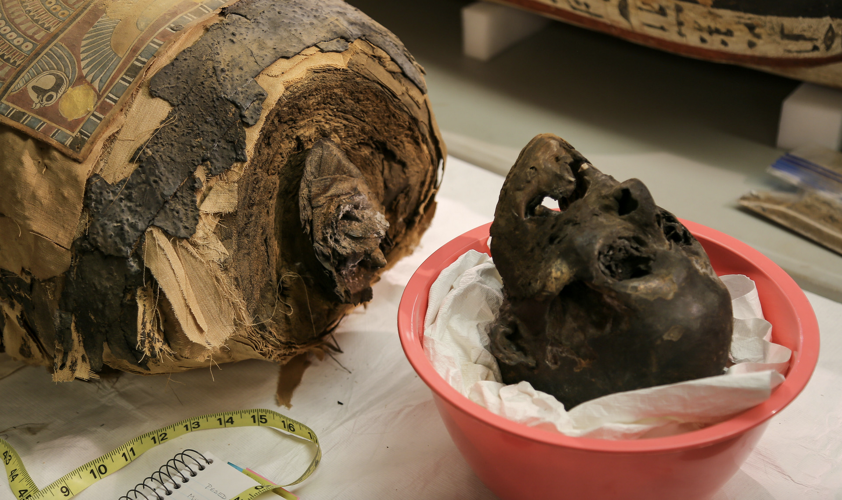 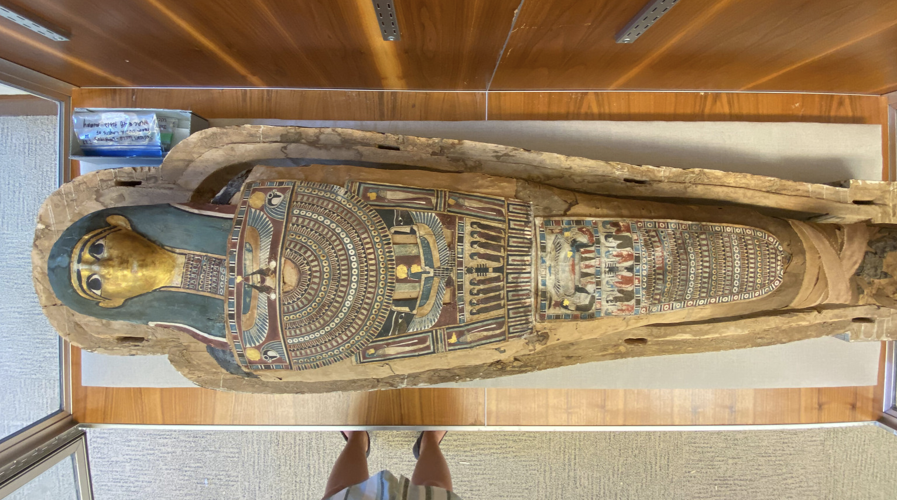 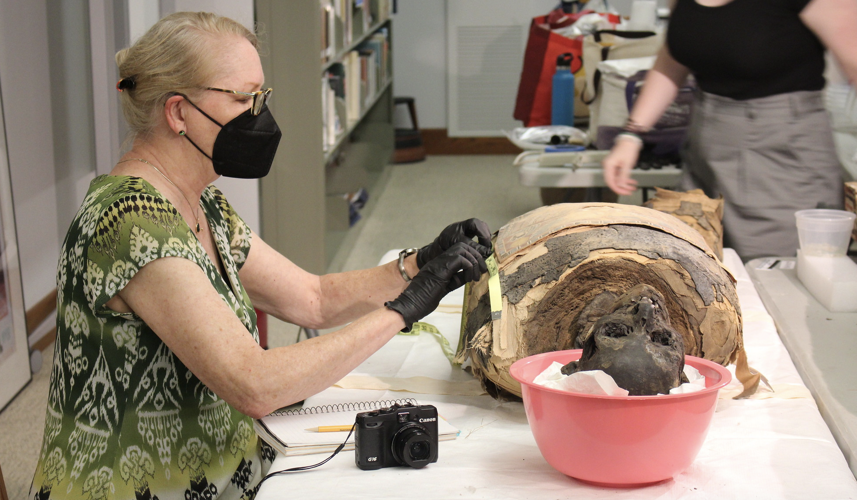 NEW WILMINGTON, PA.-- Lady Pesed, Westminster College’s 2,300-year-old resident Egyptian mummy, was removed from her coffin for the first time in more than 100 years this summer, revealing a few new surprises during an in-depth examination, restoration and conservation process.

This July, the team spent 10 days examining Pesed, her cartonnage mask and panels, as well as her coffin.

New finds during the team’s visit included the discovery of a painting of a weeping goddess on the inner surfaces of the trough, revealed as conservators lifted Pesed from her coffin for preservation purposes. The team was also able to determine that Pesed’s linen wrappings, now mostly a weathered brown color after two millennia, were originally a shade of pink.

Excavated from the city of Akhmim, about 250 miles south of Cairo, the mummy was donated to Westminster College in 1885 by the Rev. John Giffen, an 1872 Westminster graduate who was working as a missionary in Egypt.

Pesed is believed to be the daughter of Neshor (prophet of the eight gods associated with Min) and Mehyt-ha-wer and was likely a member of the privileged class. CT scans and X-rays done previously place her age between 50-60 at the time of her death, which is believed to have been around 250 B.C.

The mummy was professionally restored in 1983 by Jane Gardner of the Carnegie Museum thanks to the energy and fundraising effort of Susan Grandy Graff ’85, who tackled the project during her undergraduate years. In 2006, forensic sculptor Frank Bender constructed a bust of Pesed based on more than 2,500 CT scans.