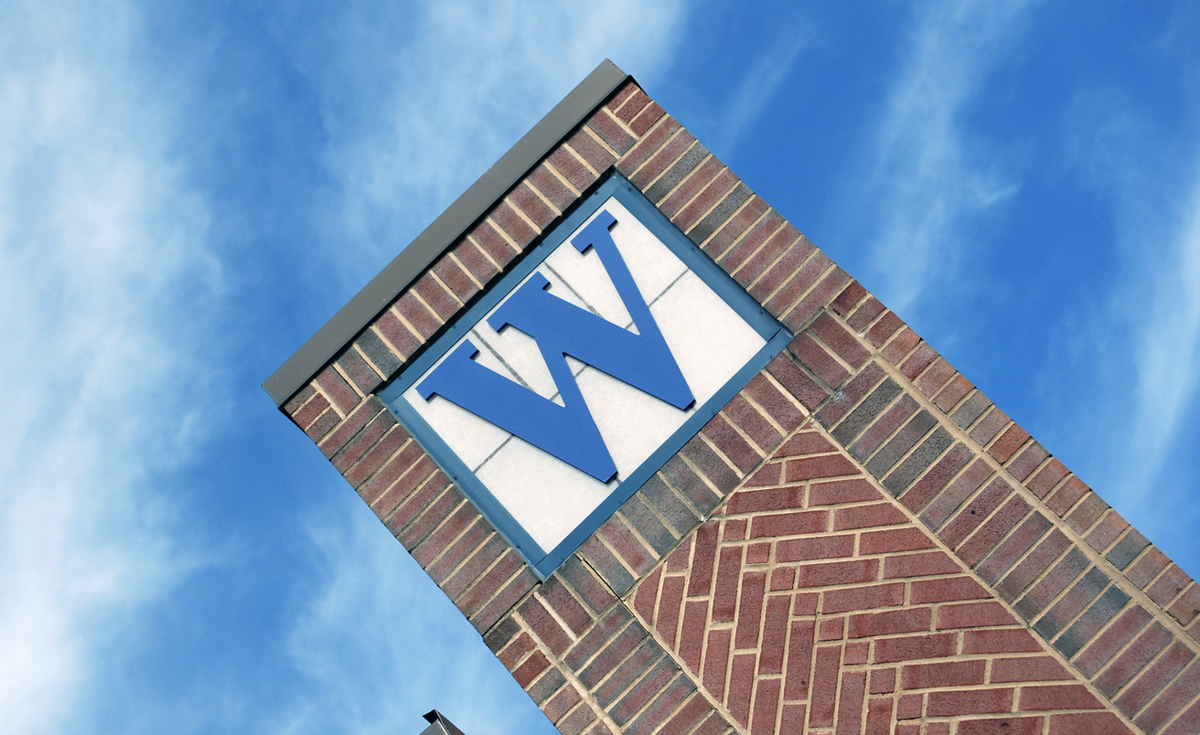 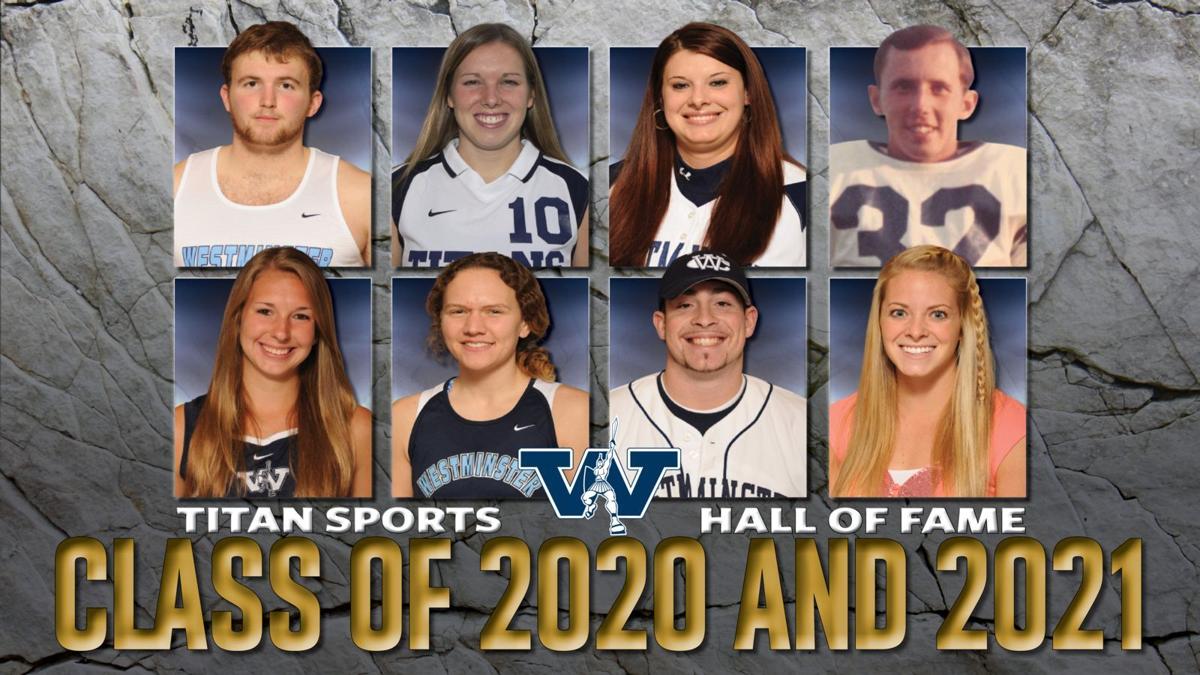 The inductees will be recognized on the field during halftime of the Westminster-Grove City football game that is scheduled to kick off at 1 p.m. The formal induction ceremonies will take place at dinner. Please contact the Department of Athletics (724-946-7307) for more information or to make reservations for the Hall of Fame induction dinner.

Below are the bios for each inductee:

Ryan Bell '12, (Men's Track & Field) was the first Titan male to earn NCAA Division III All-America recognition. A two-time NCAA All-American in the javelin, Bell finished fourth at the 2011 NCAA Outdoor Championships (at the time the best finish in any event for the men's team at Nationals ever) and placed seventh at the 2012 NCAAs. Bell helped lead the Titans to back-to-back 2011 and 2012 Presidents' Athletic Conference (PAC) Outdoor Championships. He was the PAC Champion in the javelin in 2012. Bell currently holds the school javelin record with a throw of 66.48 m (218' 1") and the PAC Championship meet javelin record with a toss of 66.42 m (217' 1"). Bell was named to the 60th Anniversary All-PAC and the 2010s All-Decade Men's Track & Field Teams. In the classroom, Bell earned PAC Academic Honor Roll and earned a spot on the U.S. Track & Field and Cross Country Coaches Association (USTFCCCA) Division III All-Academic Team.

Carolee Reed Corbett '03, (Volleyball) was a key member of both the 2002 PAC Championship and 2001 Eastern College Athletic Conference (ECAC) Division II Championship teams. The 2002 team finished undefeated in conference play. An All-PAC First Team recipient as a senior, Reed also earned PAC Coaches Honors as a sophomore and junior. Reed is Westminster's all-time career assists leader with 3,689. She was top-2 in the PAC in assists per game for three years, including a conference-best average of 9.92 as a sophomore. Reed also led the conference in total assists (1,249) as a junior. Her season-highs in assists per game (10.96, 2001) and total assists (1,275, 2002) were team-highs. A four-year letterwinner, Reed was a Team Co-Captain as a senior. Westminster went 85-35 during her career, including 70-15 in NCAA Division III play.

Jennifer Emery Garella '10, (Softball) was a four-time All-PAC honoree who earned First Team recognition on three separate occasions (2007, 2008, 2009) - she earned All-PAC Second Team in 2010. Emery was also named ECAC Division III South Region First Team in 2007. Emery holds the school record for most career home runs (20) and RBIs (128). She is also second all-time for season records in hits (55), doubles (15), runs batted in (37), and batting average (.455). Emery, a two-time Team MVP, was top-2 on the team in batting average in three out of her four seasons and batted over .300 in every season. Emery was named to 60th Anniversary All-PAC and the 2010s All-Decade Softball Teams.

Sterrett "Skip" Watt '70, (Golf), the mainstay no. 1 all four years of competition, earned medalist honors at the National Association of Intercollegiate Athletics (NAIA) District 18 as he set a school record for all-time low round with a 67 and qualified for the NAIA National Tournament. Watt helped lead Westminster to three West Penn Intercollegiate Athletic Conference (WPIAC) Championships, including an individual runner-up performance as a junior. A four-year letterwinner, Watt was named Team Captain as a senior. He boasted a career dual match record of 26-8-1, including a perfect 10-0 in his sophomore year. Watt's season and career averages rank at the top in program history. Additionally, Watt was a three-year letterwinner and two-year starter for the Westminster football team that compiled an 18-6-1 record during his playing career.

Alex Bailey Edwards '13, (Women's Tennis), the only Titan to ever go a full season without registering a singles loss, finished her career with a singles record of 69-7 (90.8%) and a career doubles record of 70-7 (90.9%) - both the best winning percentages in singles and doubles matches of anyone in program history. She compiled a 28-2 career record in the PAC in both singles and doubles play. Bailey is second all-time in school history in both total singles wins (69) and career doubles wins (70). Bailey, the Team MVP as a senior, was a key factor on Westminster's 2012 PAC Championship team that advanced to the NCAA Tournament – both program's firsts. Bailey was an eight-time All-PAC recipient at the PAC Tournament and received First Team twice (first place at the PAC Tournament). Bailey achieved the aforementioned undefeated singles feat in the 2011 season when she won a career-best 21-straight singles matches, finishing the season with a 21-0 record overall at No. 2 singles - the most singles victories in a season in program history. Her match winning streak extended to 38 wins from the 2011 through 2012. Also in 2011, Bailey was 20-1 overall at No. 1 doubles with Caitlin Hosler breaking the school record for doubles wins in a season. Bailey teamed up with Hosler again in 2012 and the duo became the school's first to go undefeated in doubles, while tying their school record for most doubles wins in a single season with a 20-0 record. Bailey was named to 60th Anniversary All-PAC and the 2010s All-Decade Women's Tennis Teams.

Emily Dolsak '12, (Women's Track & Field, Basketball) left her mark on both the women's track and field and basketball teams at Westminster. Dolsak dominated the PAC in the discus event for the entirety of her career as she won the PAC Outdoor title earning First Team All-PAC each of her four seasons. Dolsak was a key contributor on three PAC Championship teams (2009, 2010, and 2012) – Westminster finished runner-up in 2011. She qualified for the 2012 NCAA Division III Championship following a PAC Championship Meet-record throw of 136 feet, 10 inches. She was one centimeter away from an All-America citation at the NCAAs with a toss of 143'5" (43.72 meters) finishing ninth. She was the first female thrower to qualify for NCAAs. Dolsak holds the school record in the discus with a mark of 145'7" (44.38 meters). Dolsak was named to 60th Anniversary All-PAC and the 2010s All-Decade Women's Track and Field Teams. On the court, Dolsak ranks 12th all-time among leading scorers with 892 points, while her 59.2% field goal percentage in 2009 ranks best all-time. Dolsak also dominated the glass as she was top-2 in rebounds on the team all four years, including the team leader in her senior and sophomore seasons. Dolsak finished with 607 career rebounds. Dolsak did not miss one game for the Titans - including starting in every contest her last three years. She was also named on the 2010s All-Decade Women's Basketball Team. In the classroom, Dolsak was a multiple PAC Academic Honor Roll recipient and earned the distinguished Marjorie A. Walker Outstanding Senior Athlete honor.

John Izzo '09, (Baseball) earned All-PAC recognition all four years, including First Team as a senior. Additionally, Izzo was named on the American Baseball Coaches Association (ABCA) All-Mideast Region and the ECAC Division III All-Region Teams. Izzo holds an impressive six career school records: home runs (26), runs batted in (124), doubles (39), runs scored (121), hits (185), and at bats (509). In his All-PAC First Team campaign, Izzo led the Titans in RBIs (33), home runs (6), and slugging percentage (.637), while tying a team-high in runs scored (34) and doubles (12) - to go along with a .415 batting average. As a junior, Izzo led Westminster in slugging percentage (.619), runs scored (44), doubles (12, tied a career-high), and total bases (96) – his 43 RBIs and 9 home runs that season were career-highs. In only his second year, Izzo led the Titans in slugging percentage (.622) and triples (4). A four-year letterwinner, Izzo was named Team Co-Captain as a senior.

Caitlin Lehberger Smith '12, (Women's Swimming & Diving) earned a total of 13 All-America honors (nine All-America and four Honorable Mention) - the most in NCAA Division III school-history women or men. Her nine All-America honors (top-8 finish at NCAAs) are tied for fourth most all-time in the enriched school history women or men (including NAIA and NCAA Division II). She was a two-time PAC Swimmer of the Year (2010, 2012) and a four-time All-PAC First Team selection. Lehberger, who qualified for NCAA Nationals every year, had her most memorable performance at the 2012 NCAA Division III Championships as she earned a school-record two runner-up finishes with school-record times in both the 100 breaststroke (1:02.57) and 200 breaststroke (2:15.86). Lehberger was the program's first female to score individual points at the NCAA Division III Championships, including a school-record (for women or men) 50 points as a senior. Lehberger capped off the 2012 NCAA Championships with a sixth-place finish in the 200 individual medley for All-America honors, marking the third-straight year she earned three top-8 All-America finishes at the NCAA Championships. Lehberger's 2010 All-America performance was the program's first-ever NCAA Division III honor (first since 1994 when Westminster was an NAIA school). She is one of only two Titan female swimmers to earn All-America since Westminster joined NCAA Division III. Lehberger finished her historic career as a school-record eleven-time PAC individual champion, while achieving an unprecedented feat for any female swimmer or diver of winning the same event (200 individual medley) all fours years. She holds nine school records (five individual and four relay) and four Westminster Natatorium records - both program bests for amount of records (she held 11 school records upon graduation). She also still holds three PAC Meet records. Lehberger was a two-time College Swimming & Diving Coaches Association of America (CSCAA) Academic All-American and a two-time Nicholson Swimmer Scholar-Athlete recipient. Lehberger was named to the 60th Anniversary All-PAC and the 2010s All-Decade Women's Swimming and Diving Teams.