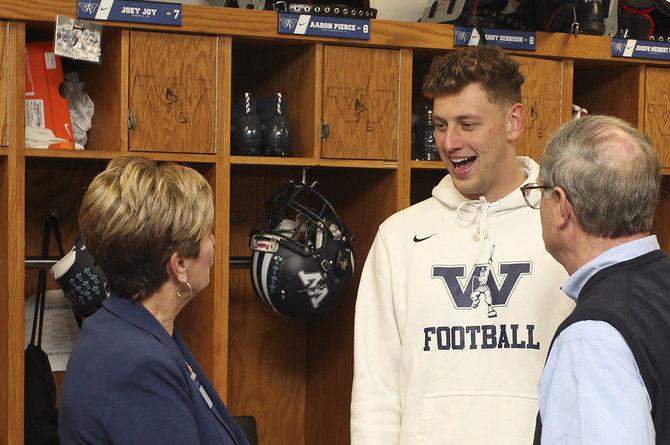 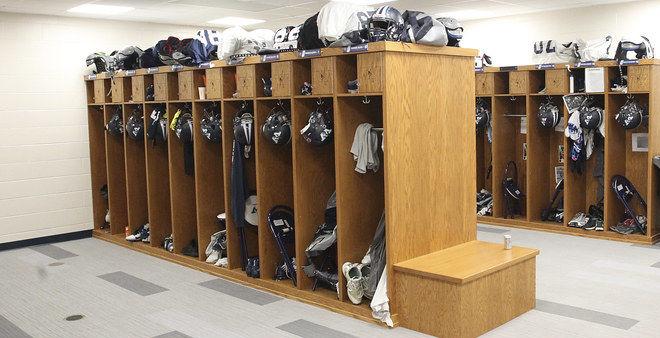 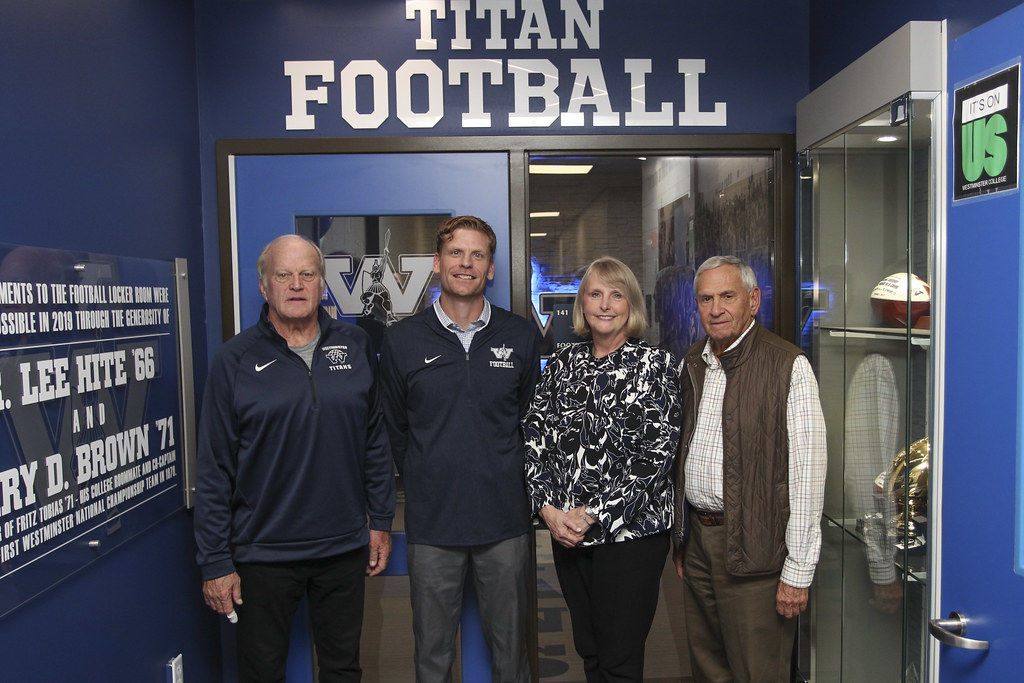 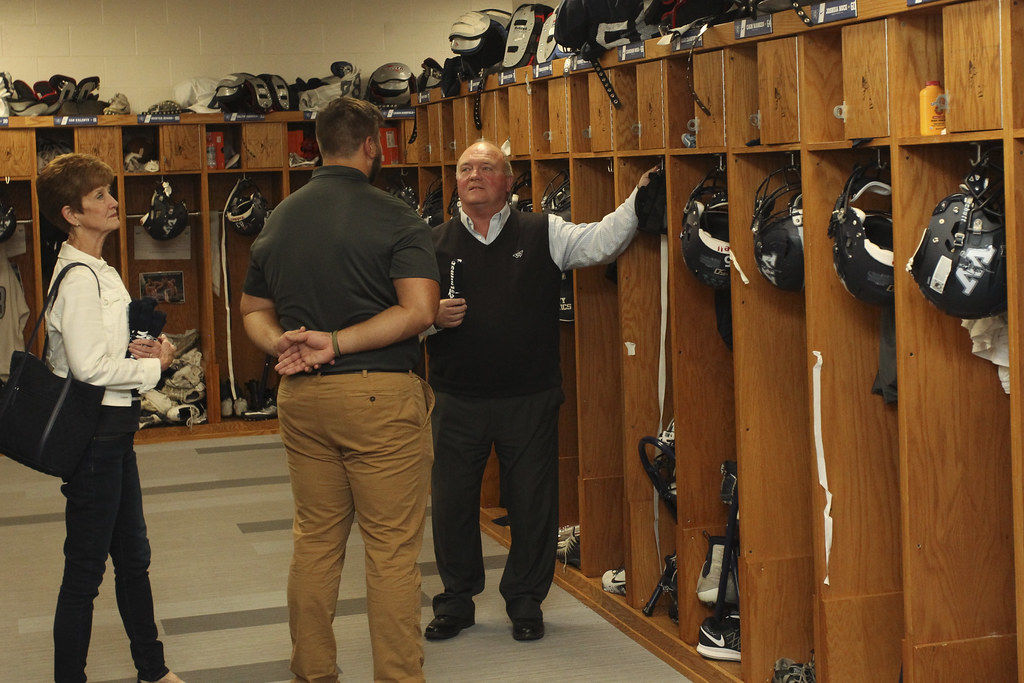 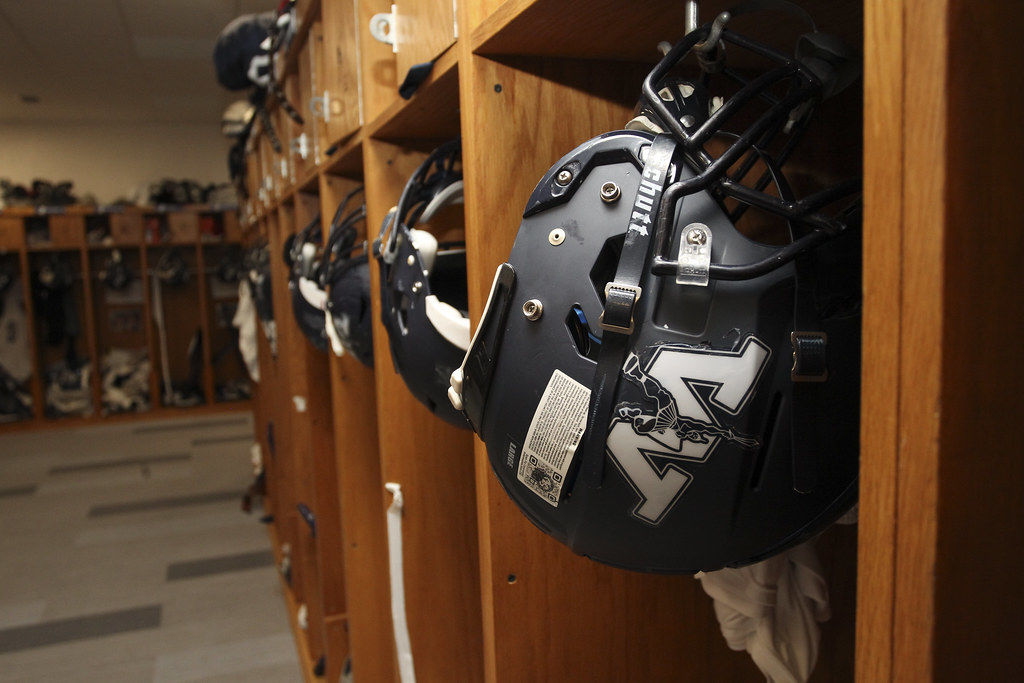 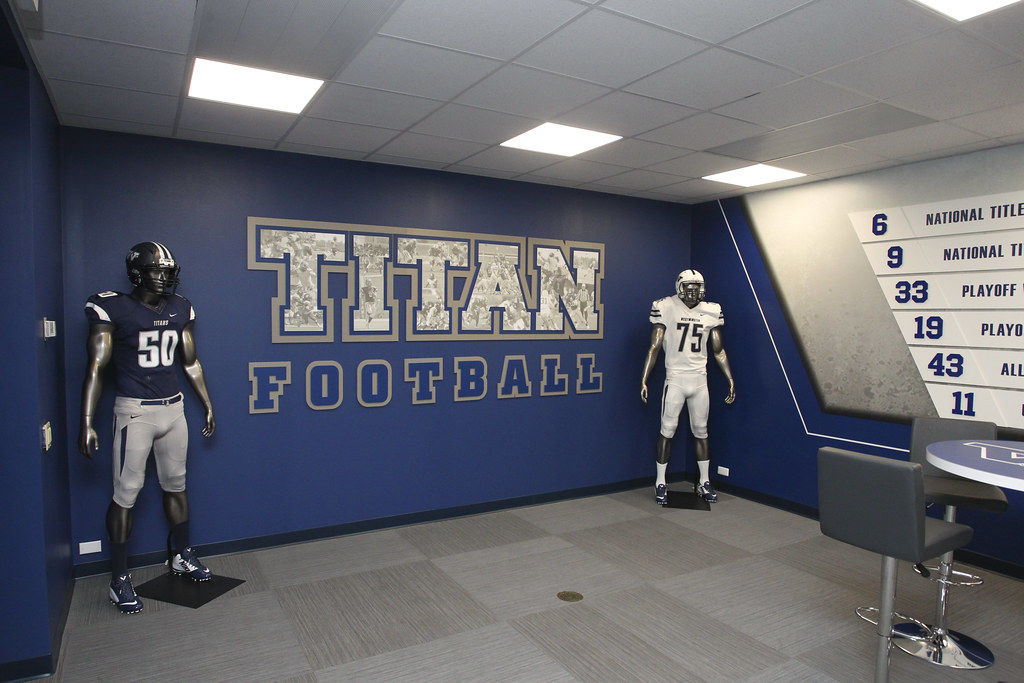 The expanded and renovated locker room, designed to enhance the experiences of Westminster student-athletes, is currently home to the Westminster football team, who had outgrown the previous space, also the men's lacrosse team will use the space during the spring season. The number of lockers grew from 108 to 149 at the completion of the renovation. In addition to more space and lockers, there is a top-notch modern recruiting lounge showcasing the Titan tradition.

"We feel we have the best facilities in small college football, at least in this area," said six sixth-year head coach Scott Benzel. "I am confident to tell you that. When you bring a recruit in - there is a saying that the proof's in the pudding, well it is – they walk in and see a brand-new locker room, a brand-new field, and a recently upgraded weight room. It speaks again to the great alumni and support we have. All that money [for the locker room] came from donors. Without those donors, we do not grow as a program. It ties hand in hand. They believe in us. They see us winning games on the field and graduating student-athletes. They are supporting us and they want to see us continue to get better."

There were 130 different donors who gave generously, totaling over $750K for the project, led by Gary Brown '71, who was the first to commit a very substantial amount to begin the project, and Board of Distinguished Visitors member Lee Hite '66 and his wife Janie, who both played a major role in finishing the project as they decided to offer a match for all gifts dollar for dollar until the project was fully funded.

"As the number of players in the program have continued to increase over the past five years, the primary goal for the football locker room project was to expand the space to add more lockers to accommodate those increasing squad sizes," said Director of Athletics Jim Dafler. "As the plans for the additional space developed, it was clear there was also a need for renovation and upgrades to things like lockers, flooring, lighting, and ventilation. It was very gratifying that those upgrades were recognized and addressed by the College administration. Then, with the tremendous generosity of donors to the project, the old locker room has been transformed into a new and modern facility that will serve us well and help our coaches continue to recruit and retain both the number and the quality of student-athletes that are currently in our program."