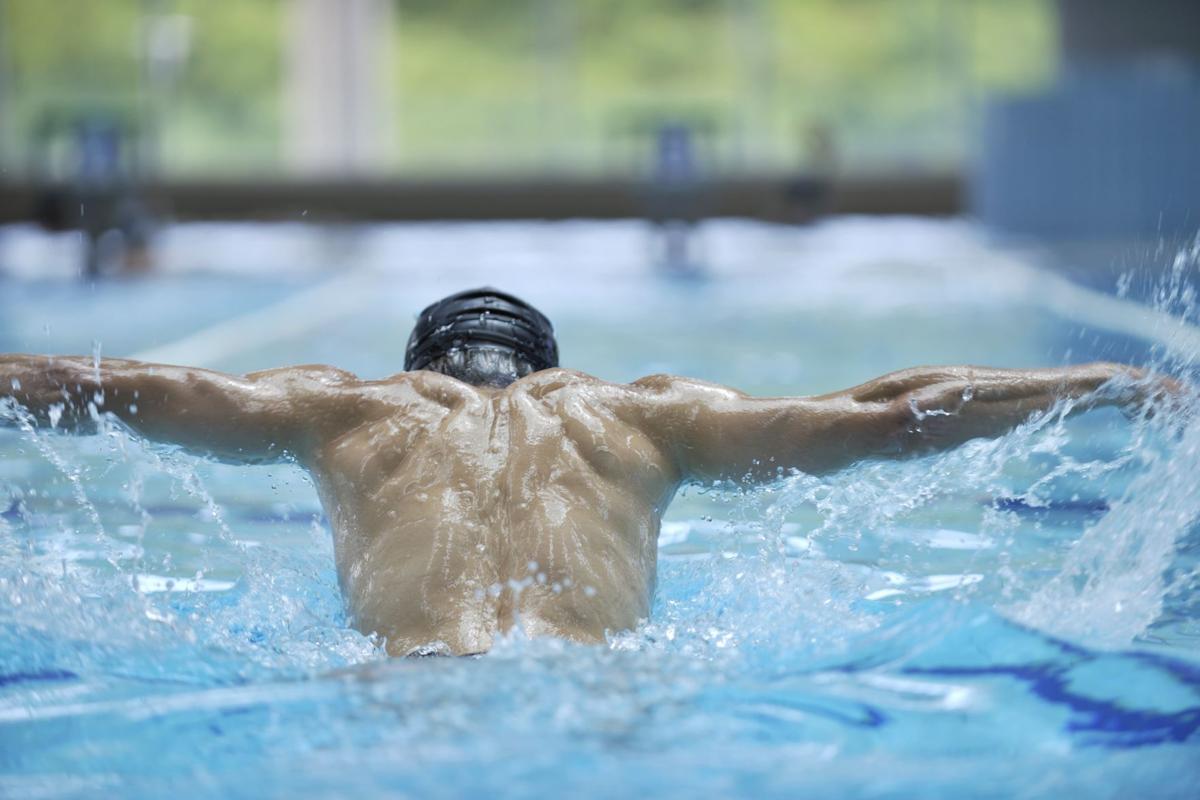 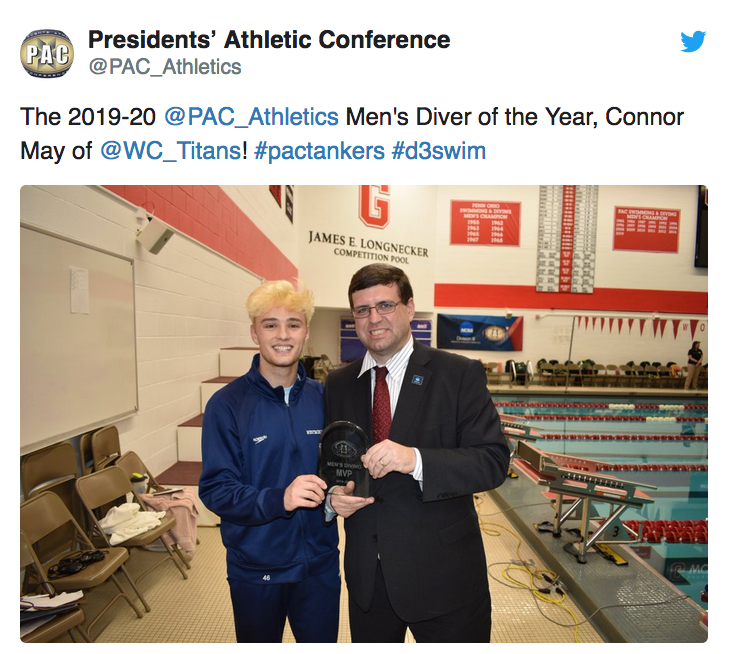 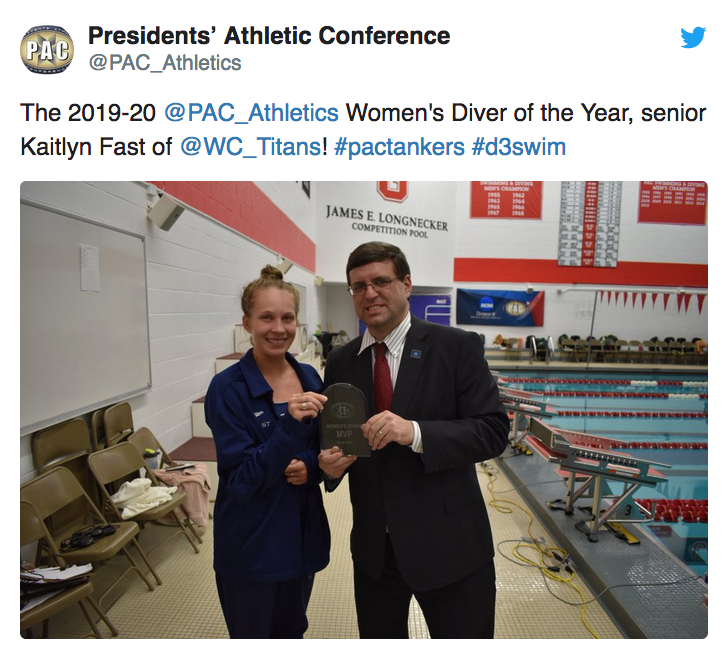 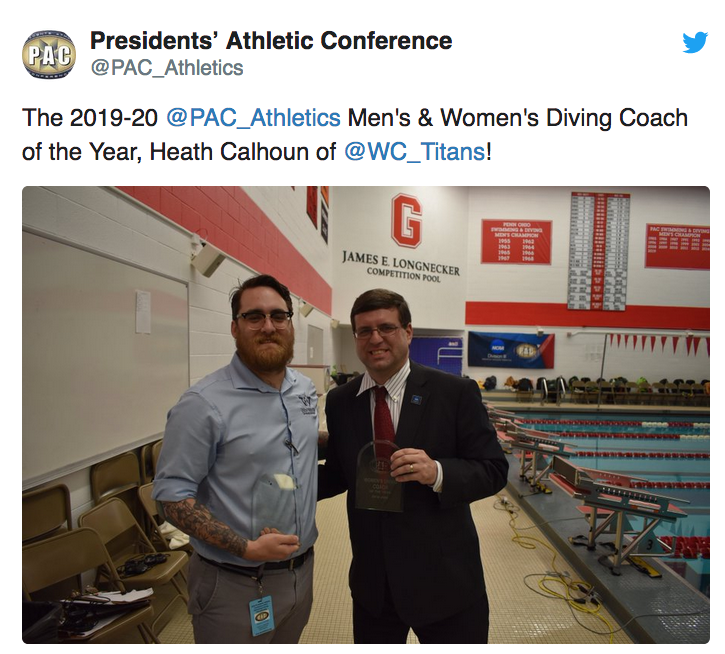 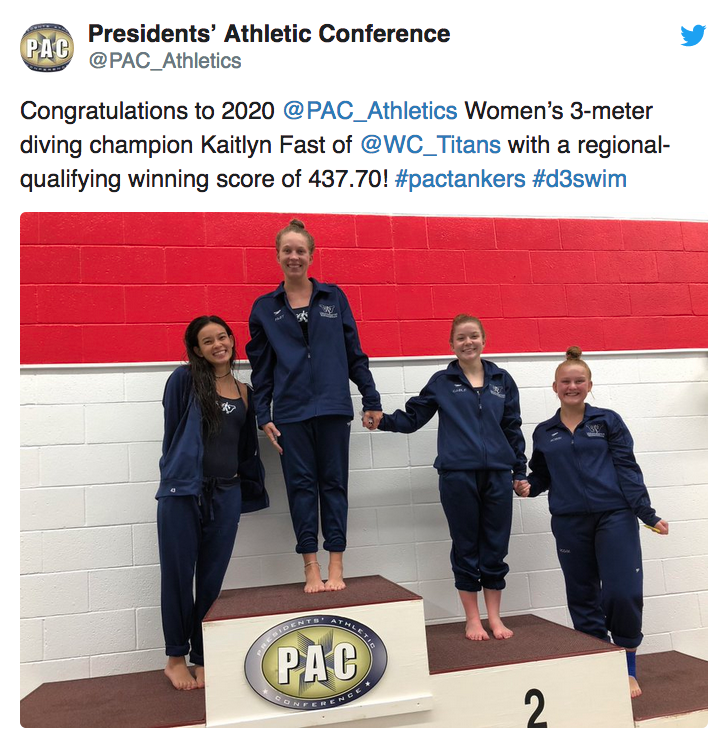 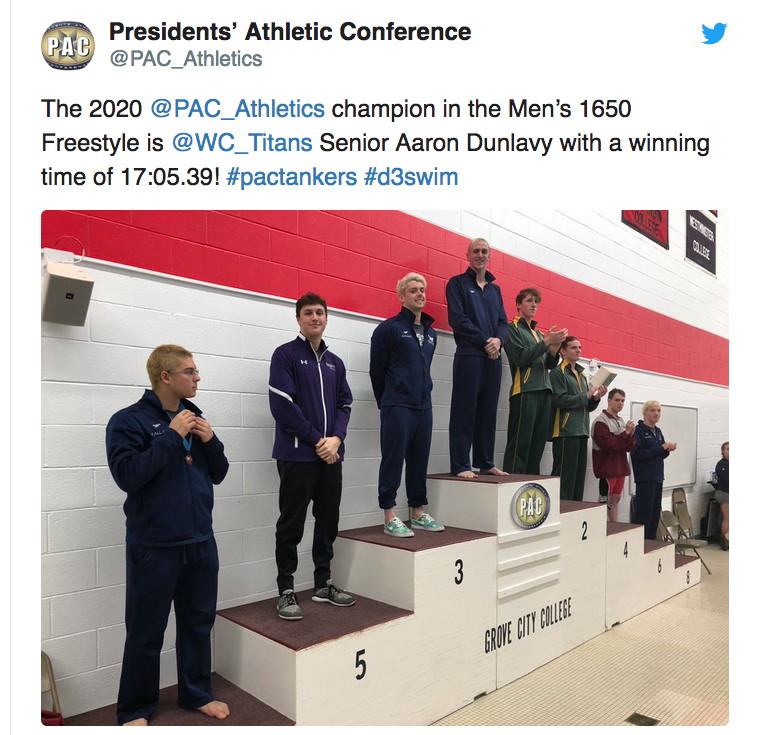 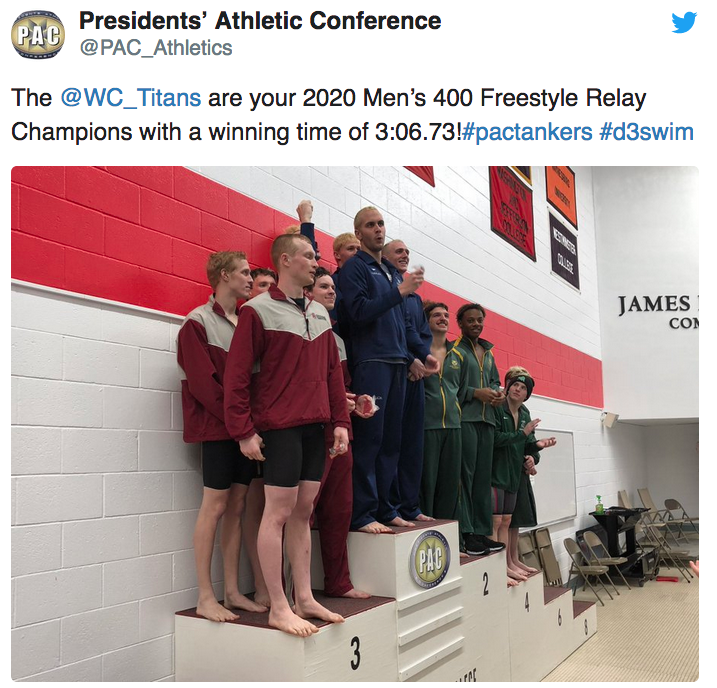 GROVE CITY, Pa. – The Westminster College men's and women's swimming and diving teams competed in the final day of the 2019-2020 Presidents' Athletic Conference (PAC) Championships on Saturday evening. Both the men's and the women's teams finished in second place with 852 and 850 points, respectively.

To cap off the individual awards, sixth-year Diving Coach Heath Calhoun was named the PAC Men's and Women's Diving Coach of the year for the third-straight year.

In the 200 breaststroke finals, senior Maggie Manolis (Jeannette, PA / Jeannette) grabbed the second runner-up mark of the day for Westminster with a time of 2:26.35, while classmate Abigail Jones (Cabot, PA / Knoch) placed fourth in the event with a time of 2:31.06. In the 200 fly finals, sophomore Anna Grimenstein (Bridgeville, PA / Homeschooled) placed best for the Titans with a sixth-place mark of 2:19.02.

In the 3-meter diving finals, the Titans took home three regional qualifying scores, starting with Fast, who won the PAC Championship in the event with a score of 437.70. Junior Zoe Cable (Brookville, PA / Brookville Area) followed with a regional qualifying score of 418.85 to finish runner-up and sophomore Jamie Elia (Beaver Falls, PA / Blackhawk) also had a regional qualifying score of 414.25. Sophomore Gayner Rossi (Trenton, MI / Trenton) placed fourth in the finals with a score of 329.25. In the 400 freestyle relay finals, the Titans closed out the day as the quartet of Horvath, Jones, Peace and senior Gabie Johnson (Dover-Foxcroft, ME / Foxcroft Academy) finished in third place with a time of 3:39.96.

For the men, senior Aaron Dunlany (Boardman, OH / Boardman) got the day rolling as he claimed the PAC Championship in the 1650 freestyle finals with a time of 17:05.39. Junior Roody D'Agaro (Bridgeville, PA / Chartiers Valley) finished third in the event with a time of 17:17.90. In the 100 freestyle finals, senior Matt Kwalick paced Westmisnter with a runner-up finish of 46.17. Sophomore Jacob Musselman (Denver, PA / Cocalico) and junior Blaine Sorrick (Mantua, OH / Crestwood) finished third and fourth in the event with times of 47.76 and 48.06, respectively.

In the 200 breaststroke finals, senior Thomas Somora (Grove City, PA / Grove City) touched first in fifth place with a time of 2:13.58. In the 200 fly finals, D'Agaro led the way with a third-place finish, garnering a time of 2:01.28 in the process. The men closed out the day in the 400 freestyle relay finals as Kwalick, Dunlany, Sorrick and Musselman won the PAC Championship with a time of 3:06.73. Westminster will be back in action on Saturday, February 22 for the Kenyon Last Chance Invitational, starting at 12 p.m.