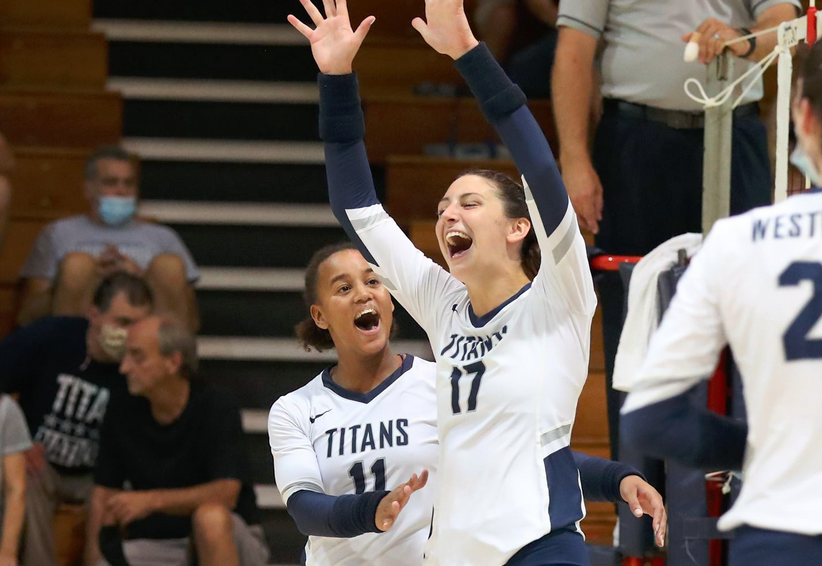 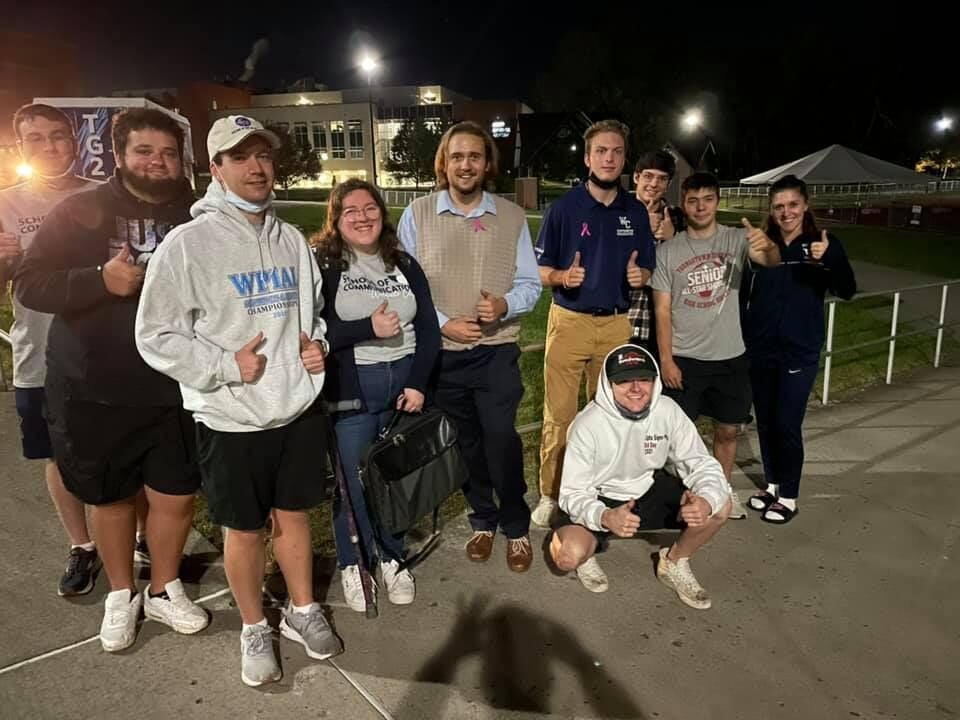 This Titan crew is “thumbs up” after tonight’s women’s volleyball broadcast! (Volleyball now 21-4, 13-0!) Catch the broadcast on demand on our Vimeo channel!

Near the end of the first set after three-straight Bethany (11-9, 8-4 PAC) points and the Titans having a slight lead (21-19), Westminster (21-4, 13-0 PAC) went on a 4-0 run to win the first set (25-19). Once again in a close set near the end (20-18), the Titans scored five consecutive points in set two, capped off by a service ace from senior Maya Steward (Los Angeles, CA / William Howard Taft). During the third set, down 24-19, Westminster regained momentum scoring four straight points, but the Bison spoiled the comeback by salvaging a kill and winning the set 25-23. As the half point of the final set approached (15-13), the Titans would not be denied and seized more control by scoring five consecutive points (20-13), leading them to a 25-23 win.

Westminster is back on the court Thursday, October 21 as it travels to Beaver Falls, Pa. to compete against Geneva in a conference bout. Start time is scheduled for 7 p.m.