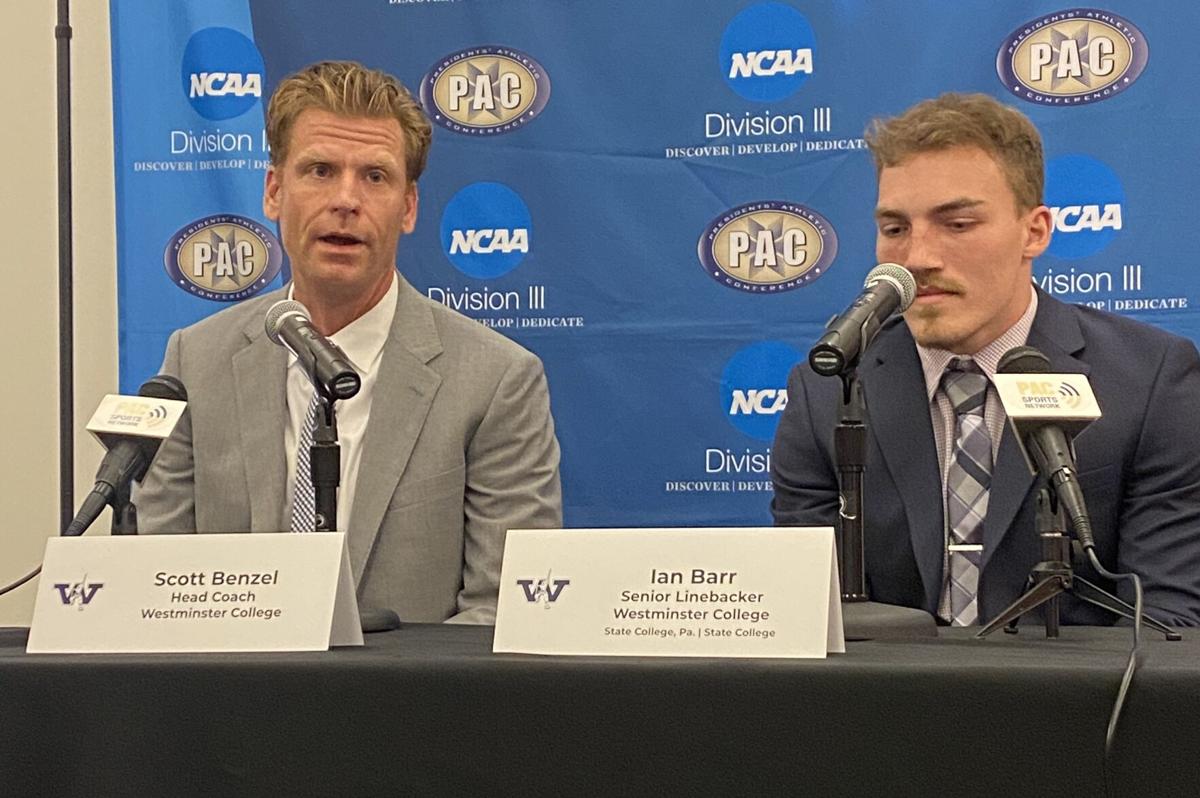 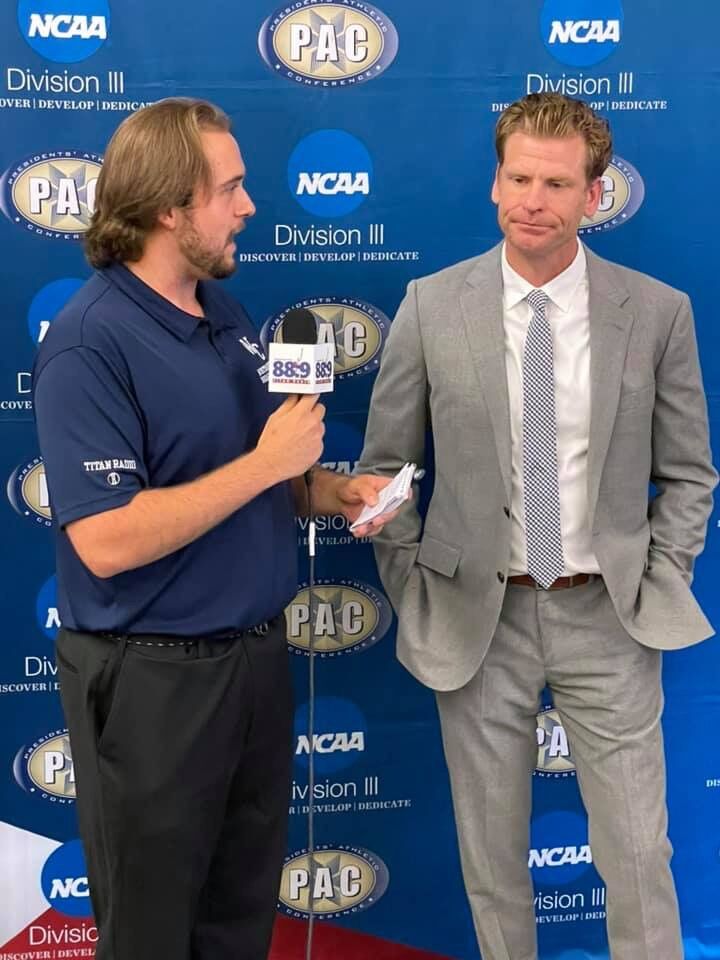 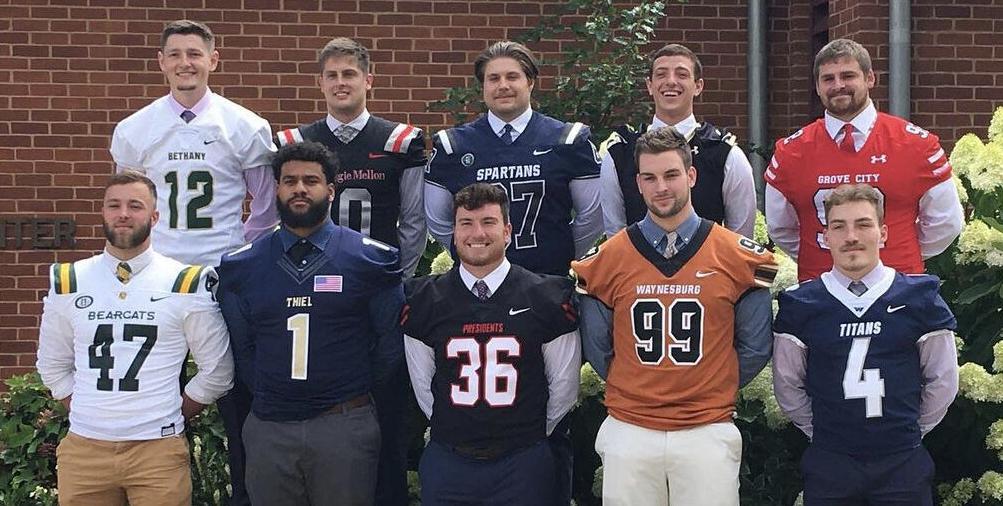 Player representatives of all the PAC membership schools. 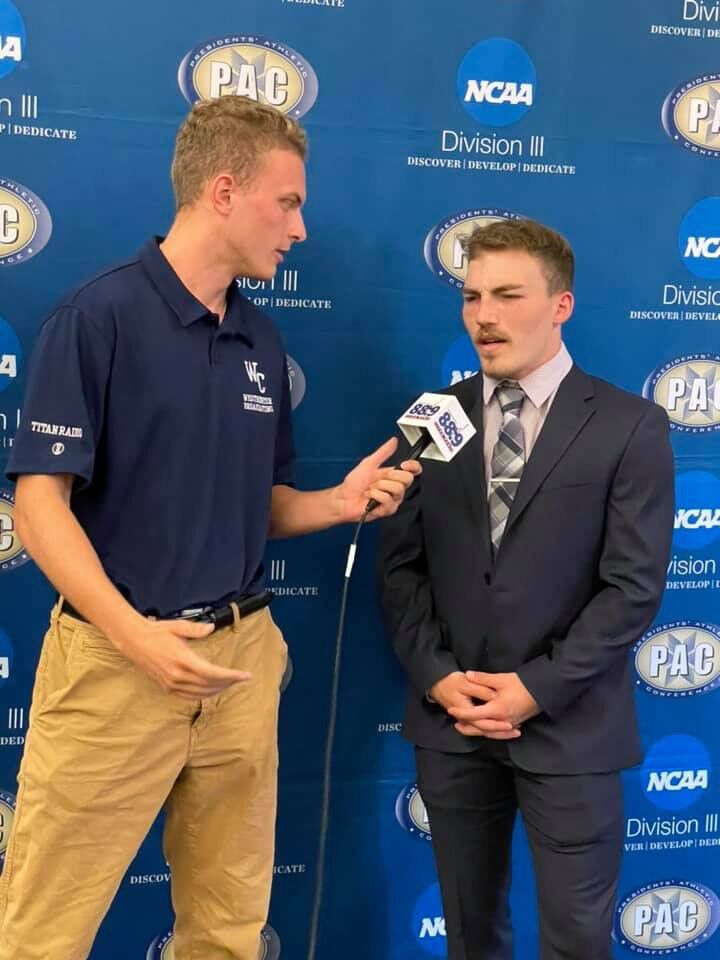 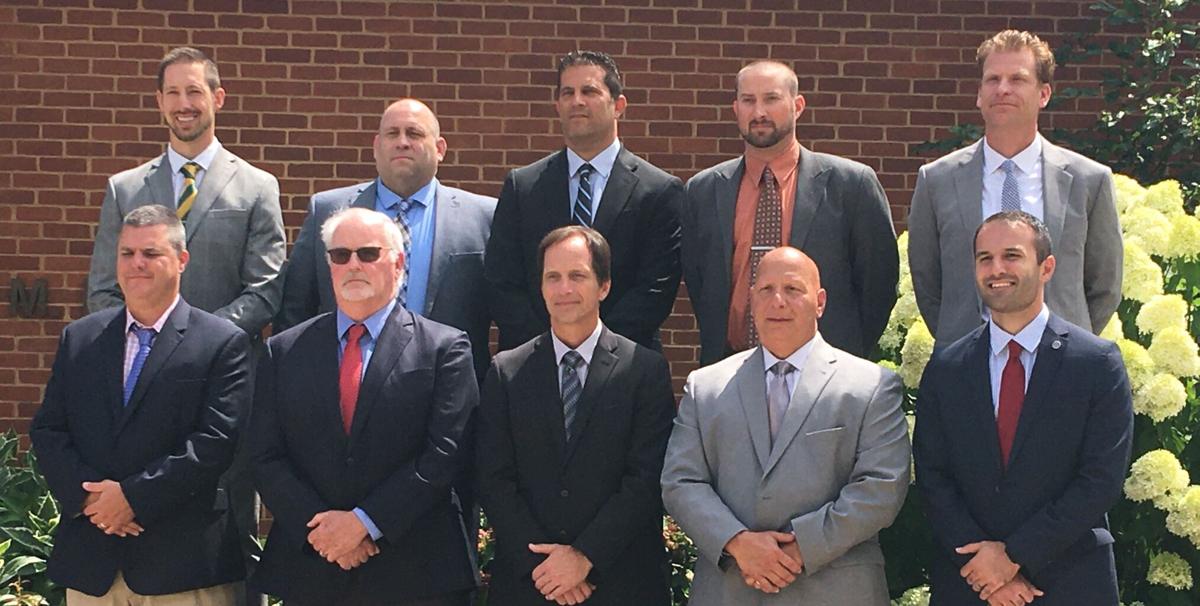 The head football coaches of the PAC's member schools appearing at the 2021 PAC Media Day at Saint Vincent College.

Player representatives of all the PAC membership schools.

The head football coaches of the PAC's member schools appearing at the 2021 PAC Media Day at Saint Vincent College.

The results of the league’s annual preseason poll, voted on by PAC head coaches, sports information directors and members of the media, were announced Tuesday afternoon at PAC Football Media Day, hosted by Saint Vincent College in Latrobe, Pa. for the 14th-straight year. Westminster collected 21 first-place votes and totaled 316 points to headline the poll.“We are honored and humbled to be picked preseason number one. I believe that distinction is more of a reward for our spring season. Moving forward and preparing for the 2021 fall season is our team's main focus. We are eager to compete," said eighth-year head coach Scott Benzel. Joining Benzel at PAC Media Day Tuesday was senior linebacker Ian Barr (State College, Pa. | State College). “I’m very excited (about being picked No. 1 in the preseason) and it shows that our work is being recognized. I can’t wait to go out and prove why we got that ranking."Washington & Jefferson College finished second with six first-place votes and 299 points. Case Western Reserve University followed in third place with seven first-place votes and 281 points and was followed by Grove City College in fourth (1 first-place vote, 229 pts.).The 2021 football season opens on Friday, September 3 when Carnegie Mellon travels to Whitworth University and Bethany travels to Hiram College.