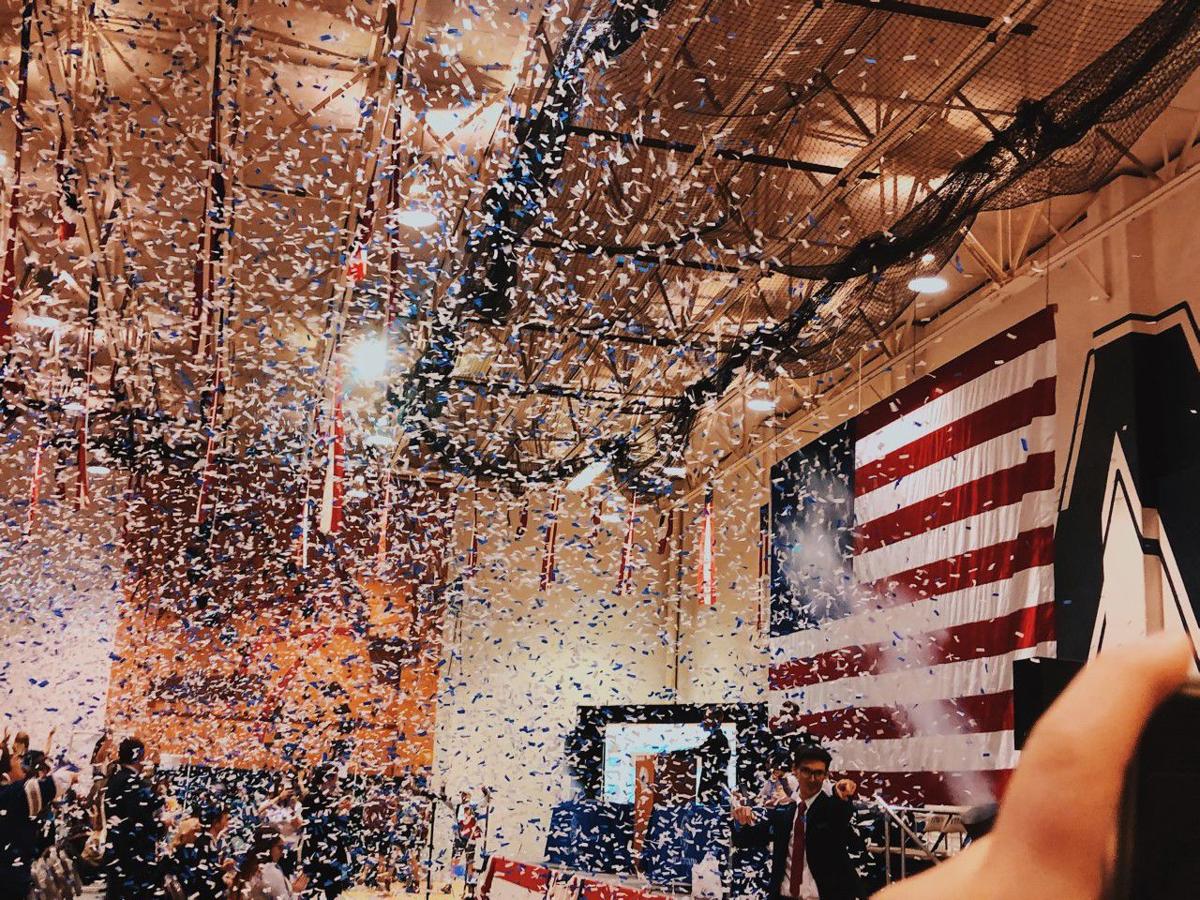 ...At Least at the 2019 Mock Convention at Westminster College 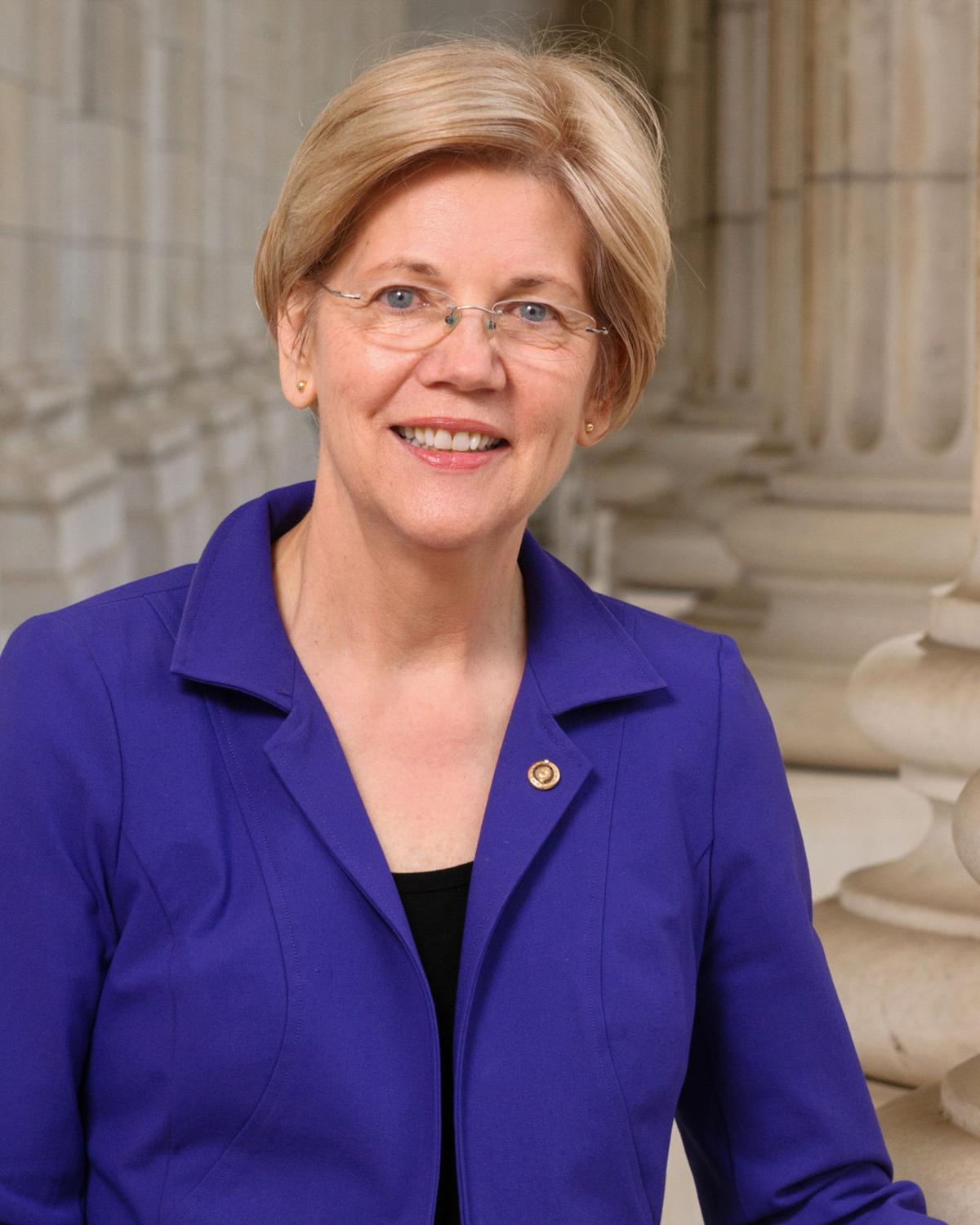 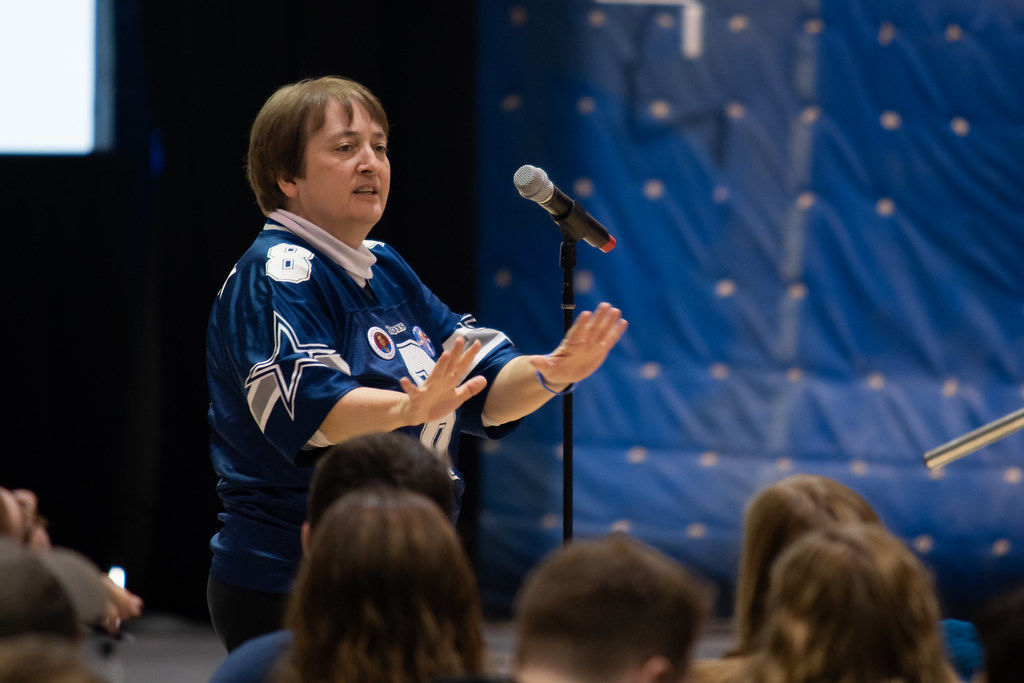 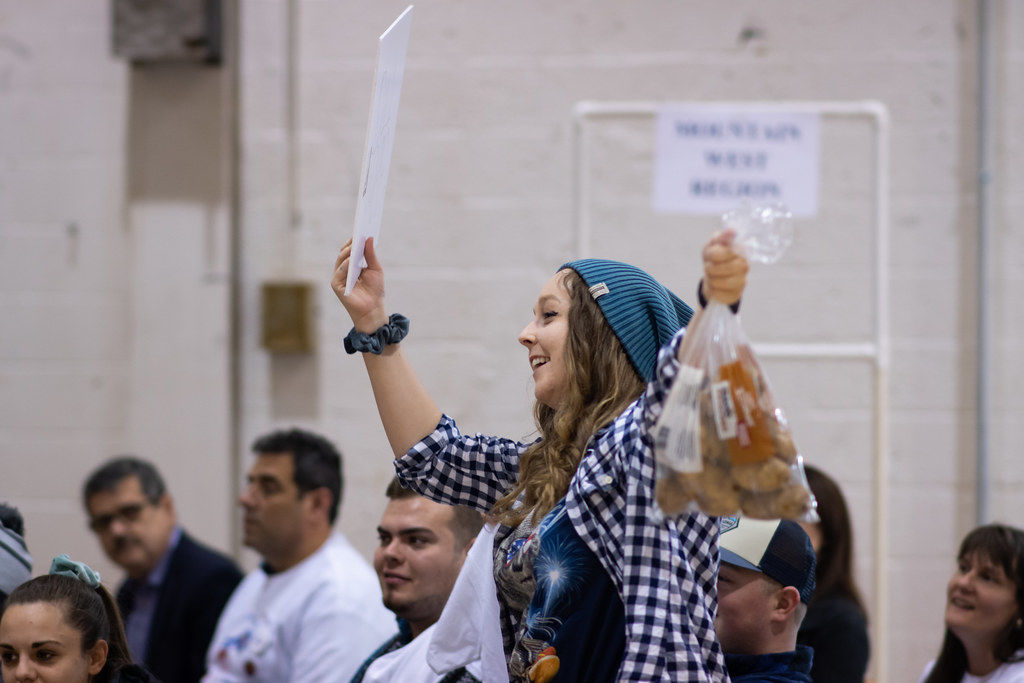 Westmisnter's mock convention is the 2nd oldest in the country. 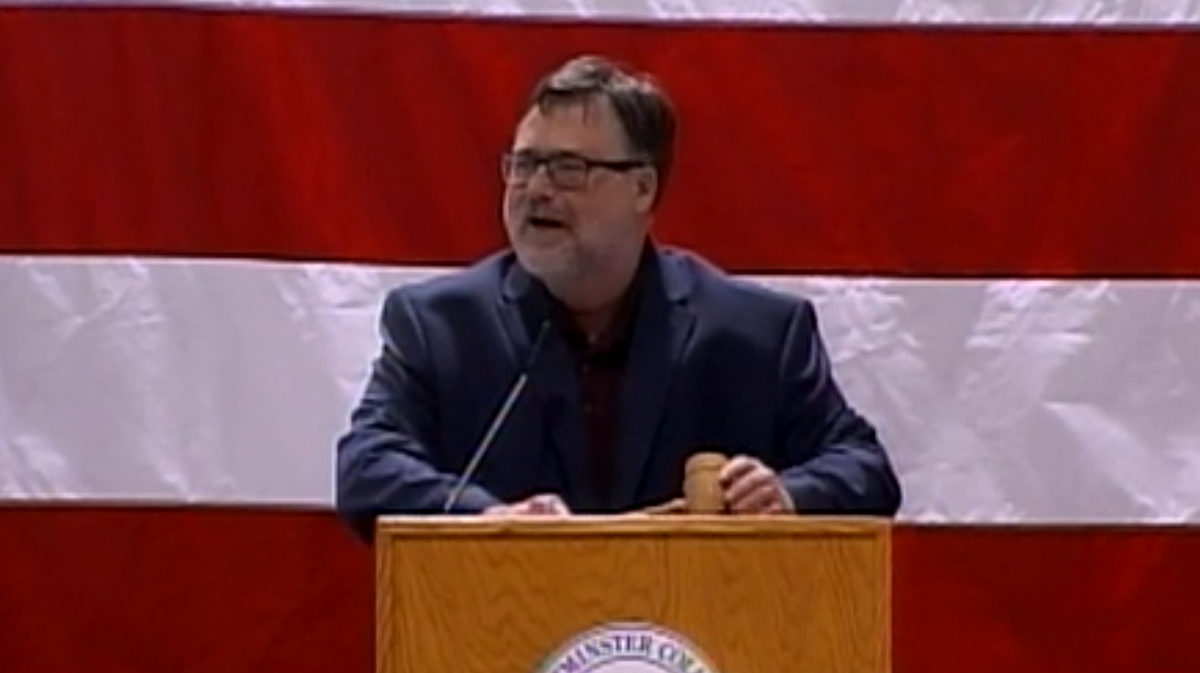 Professor James Rhoads is the faculty adviser for the event. 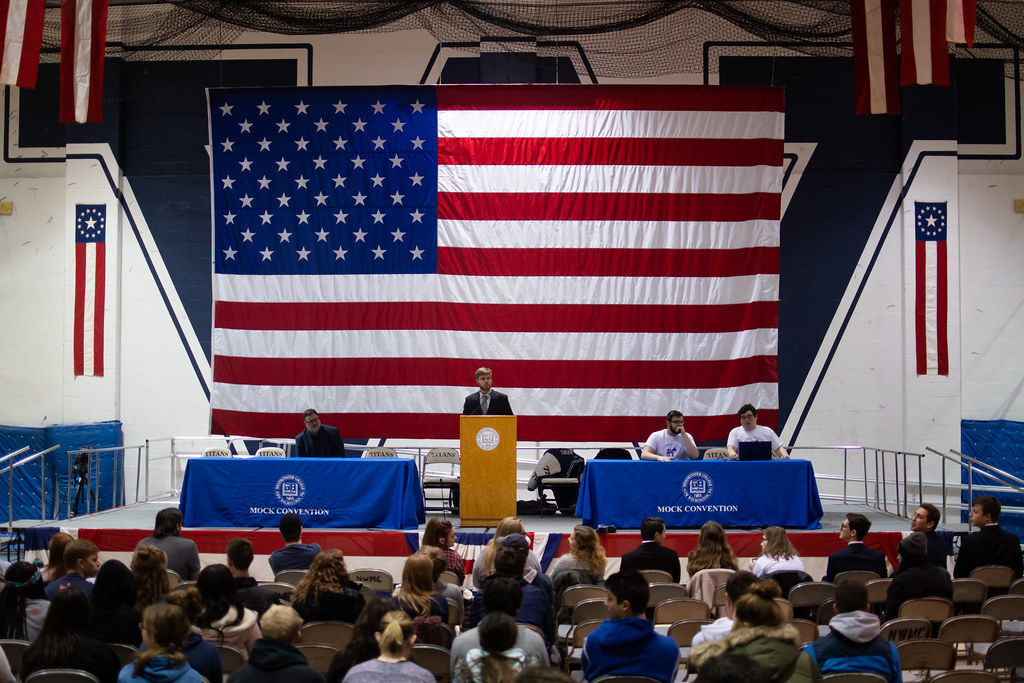 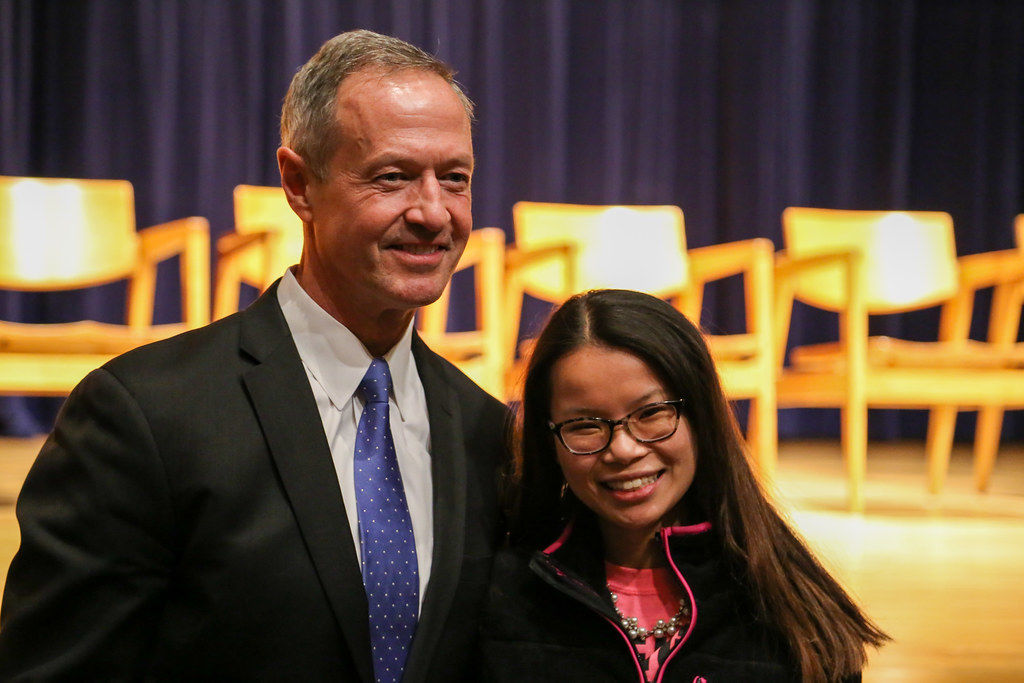 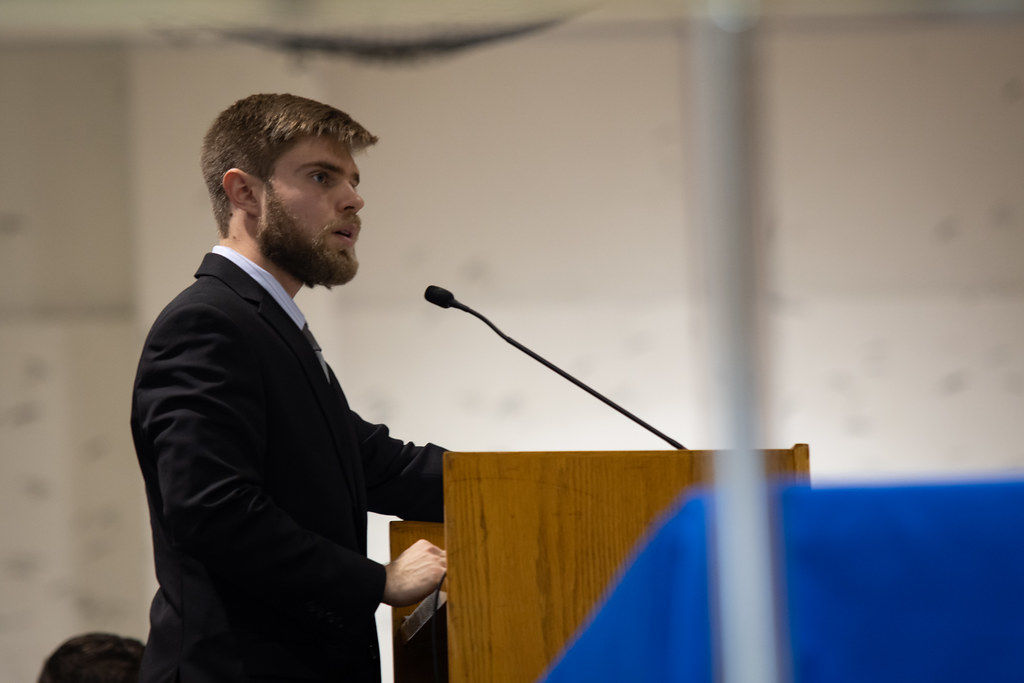 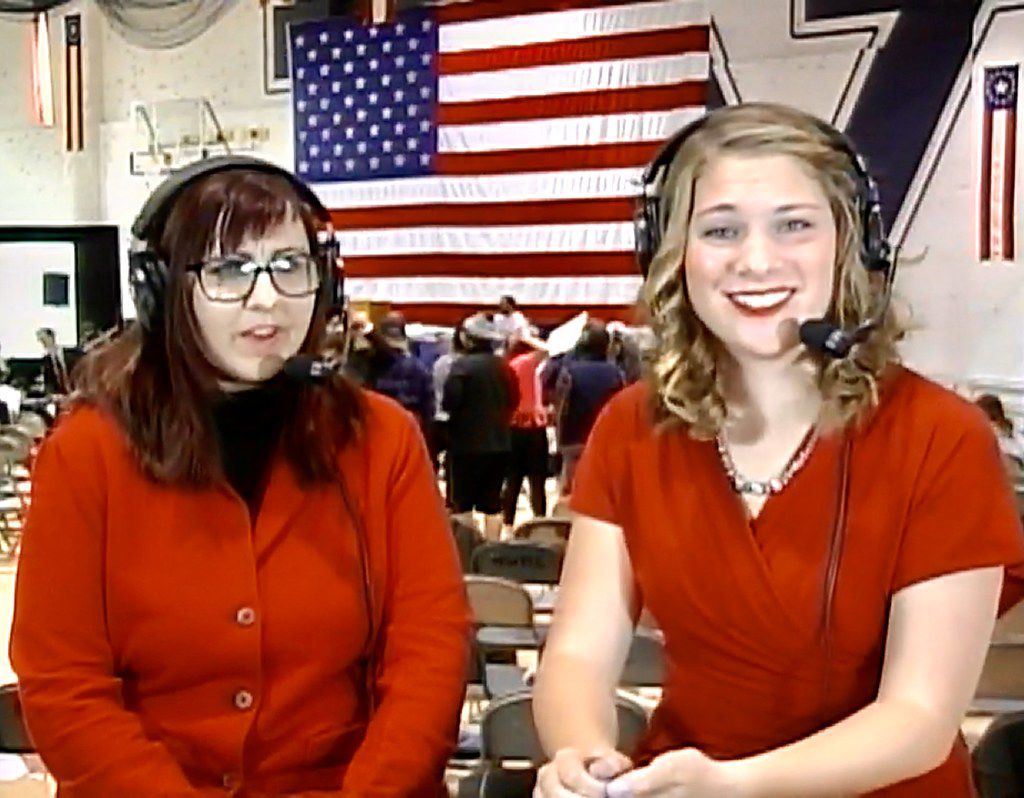 ...At Least at the 2019 Mock Convention at Westminster College

Westmisnter's mock convention is the 2nd oldest in the country.

Professor James Rhoads is the faculty adviser for the event.

Retired Westminster Coach Scott “Scooter” Renninger also gave a speech after the four main candidates. Renninger tried to nominate Rocky Balboa as a Democratic Presidential Candidate, but his nomination was shot down. Candidates must be real people, over the age of 35 and have political experience.

“I’m glad the delegates made the right choice tonight,” Whetzel said after receiving the nomination for president as Elizabeth Warren.

“[I’m] a little embarrassed. It was really nice of people to do that. I am an elected official. I’m on my school board; I just won re-election. I guess I’ll have to resign in order to move into Blair House,” Smithey joked after receiving her nomination for Vice President.

Westminster students currently in London for the study-abroad trip also got to cast their votes.

Over 600 students registered for the Mock Convention this year, but only about 255 students were in attendance Thursday evening. Students role-played as delegates from eight regions of the United States: Deep South, Great Lakes, Great Plains, Mid-Atlantic, Mid-South, Mountain West, Northeast and Pacific West. Eight students acted as Region Chairs to collect the votes for their specific regions.

Tuesday evening, Nov. 12, was the kickoff for the Mock Convention. The highlight of the evening was the keynote speaker, Martin O’ Malley. O’Malley is the former governor of Maryland and one of the democratic candidates for the presidential election in 2016. Students had the chance to ask O’Malley questions after his speech.

The second day of the Mock Convention took place in Memorial Fieldhouse throughout the afternoon. Delegates debated issues such as women’s reproductive rights, health care, prison reformation and student debt. Voting for presidential and vice-presidential candidates started at 7 pm.

The real Democratic National Convention will be July 13, 2020, in Milwaukee, Wisconson. The next Mock Convention at Westminster College will be in 2023.

You can watch, fast forward, and rewind through the entire two-hours of WCN's mock convention coverage.