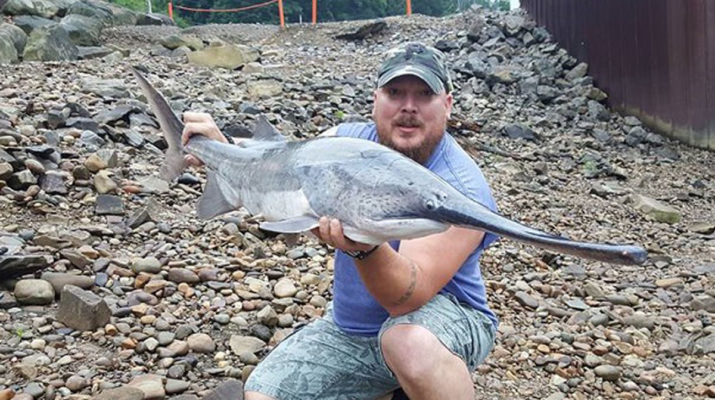 PITTSBURGH (AP) — A Western Pennsylvania fisherman has made a prehistoric catch.Aaron Thompson posted pictures of him holding the large, long-nosed fish to a local fisherman Facebook group Tuesday. The Pittsburgh U.S. Army Corps of Engineers shared the photo, asking people to name the fish.Thompson confirms it was a Paddlefish, which dates back 75 million years. He caught the fish in the Allegheny River close to Lock and Dam 9.

The Fish & Boat Commission reports the threatened species was believed to no longer be present in Pennsylvania waters.

Thompson says the catch was “completely accidental,” and he later released it without harm.