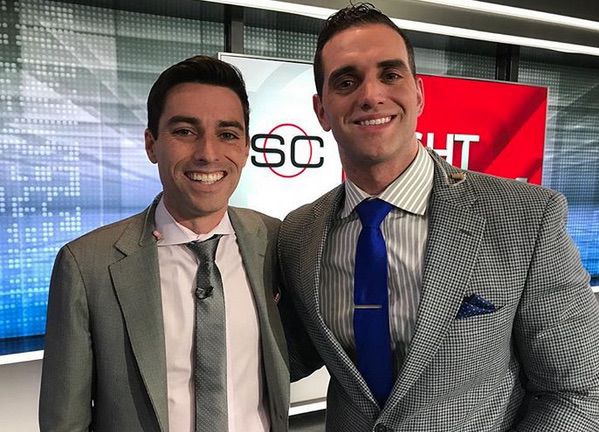 Proud of alumnus Sebastian Salazar (2005) making his debut as an anchor on SportsCenter (SC) on ESPN2 in March.   #wcproud #MotherFair #WeWCpa

He gave us a shoutout on social media after I posted a clip on Instagram while watching him on SC.

At Westminster, he worked as a sports broadcasting machine.  He founded and named the long-running TitanTown Sports segment on our TV magazine show.  Some of his other positions at Westminster included: