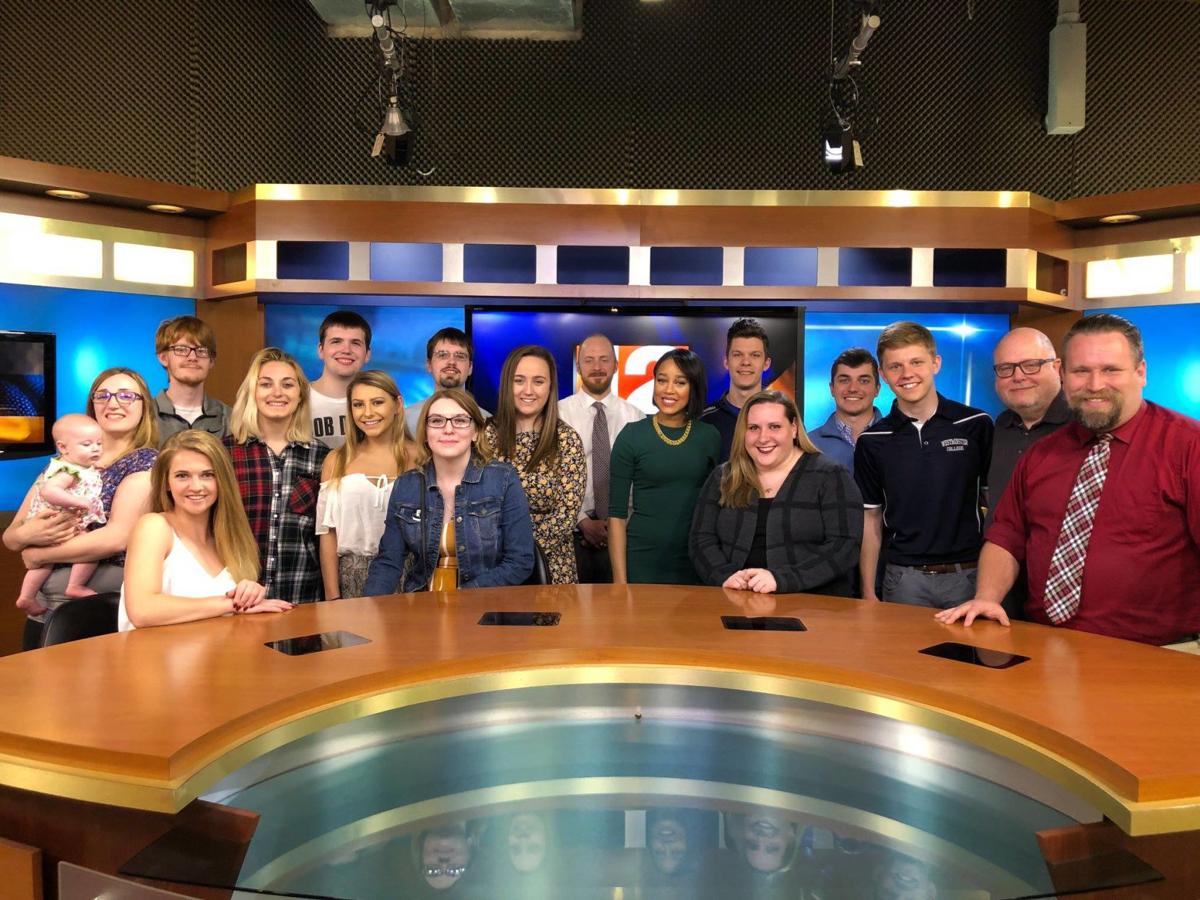 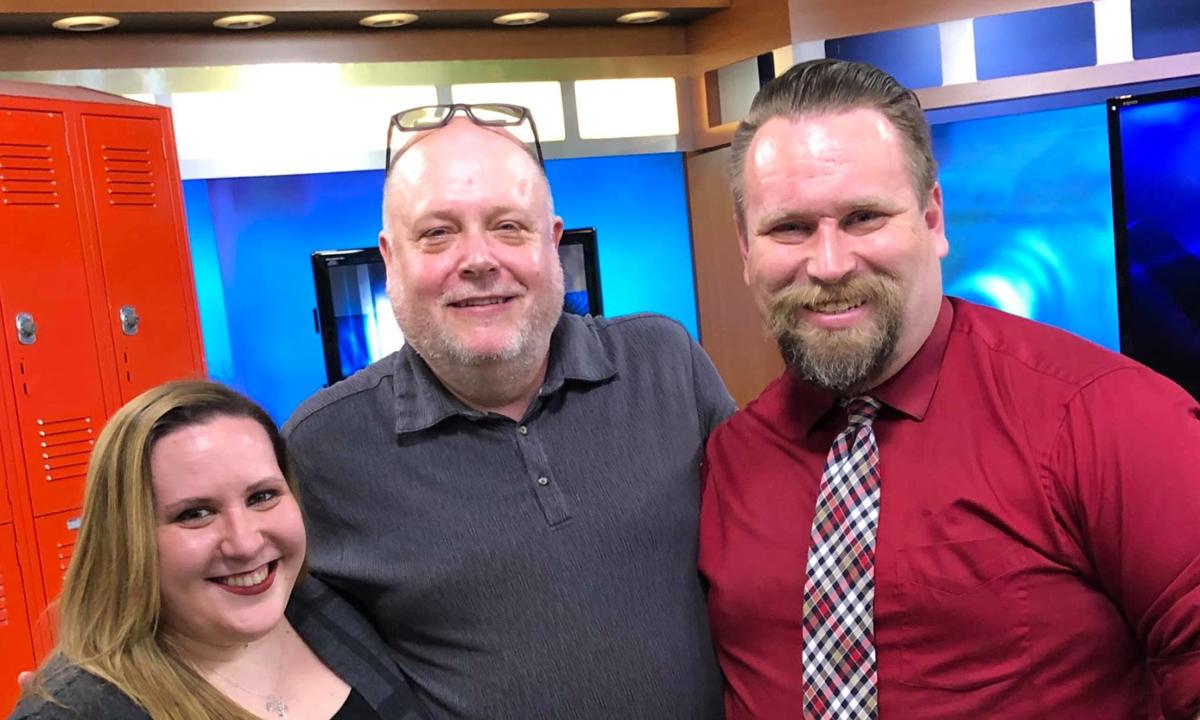 CLARKSBURG, W.Va. (WC)– Just before the Easter Break, Westminster College students enrolled in BC 312/Multimedia Journalism II and BC 120 Practicum visited with WBOY-TV in Clarksburg, W.Va.

They spent the day with news director Aaron Williams and anchor Sarafina Brooks and other staffers discussing the shifting landscape of television news.

They also networked with alumni Alex Hines ’10 and Connor Hamilton ’18. Hamilton is the 12 News morning producer and Hines is the weekend anchor and reporter for the station. Weaver was a reporter at WBOY from 1986-1989 and a newsroom manager/reporter from 1990-92.