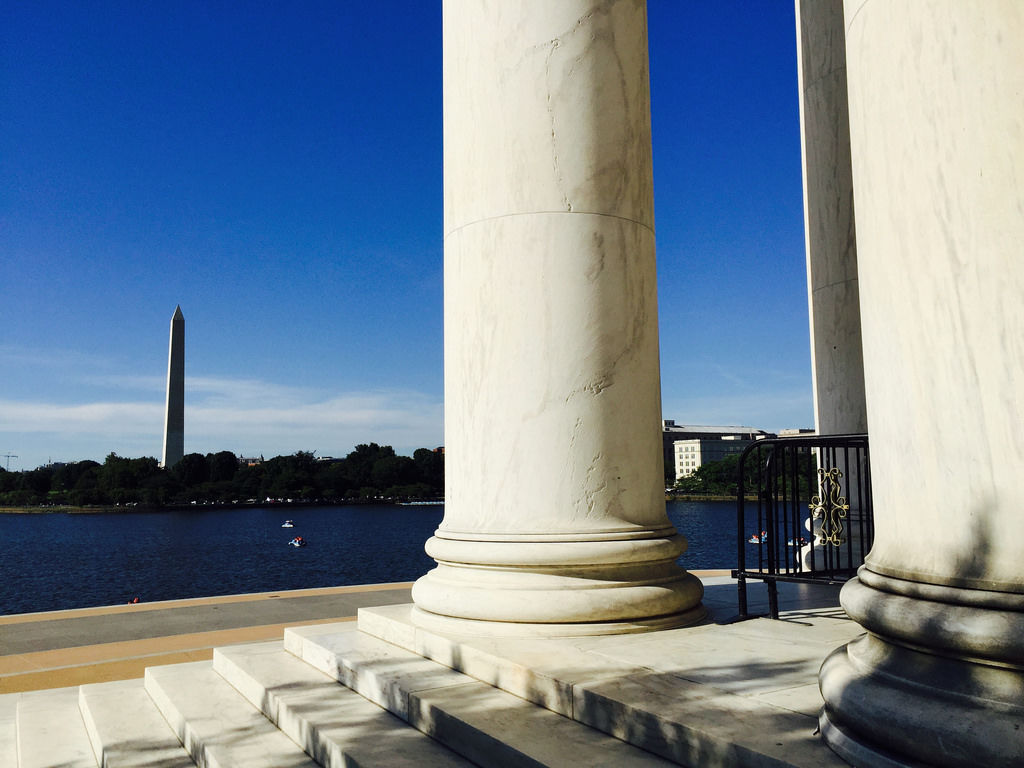 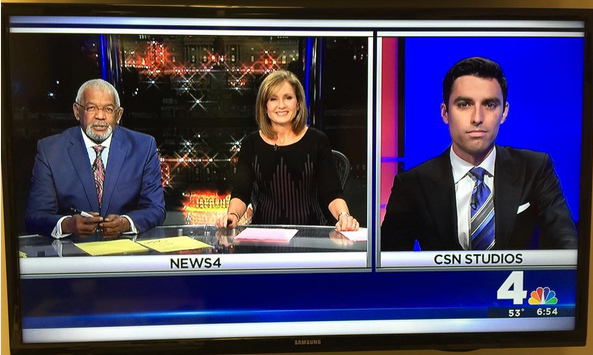 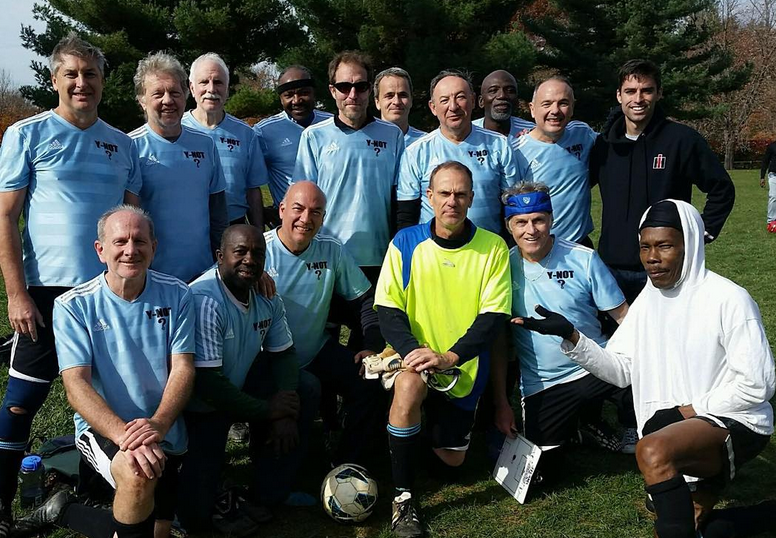 Sebastian coaches his dad’s adult soccer team in the over 55 division. 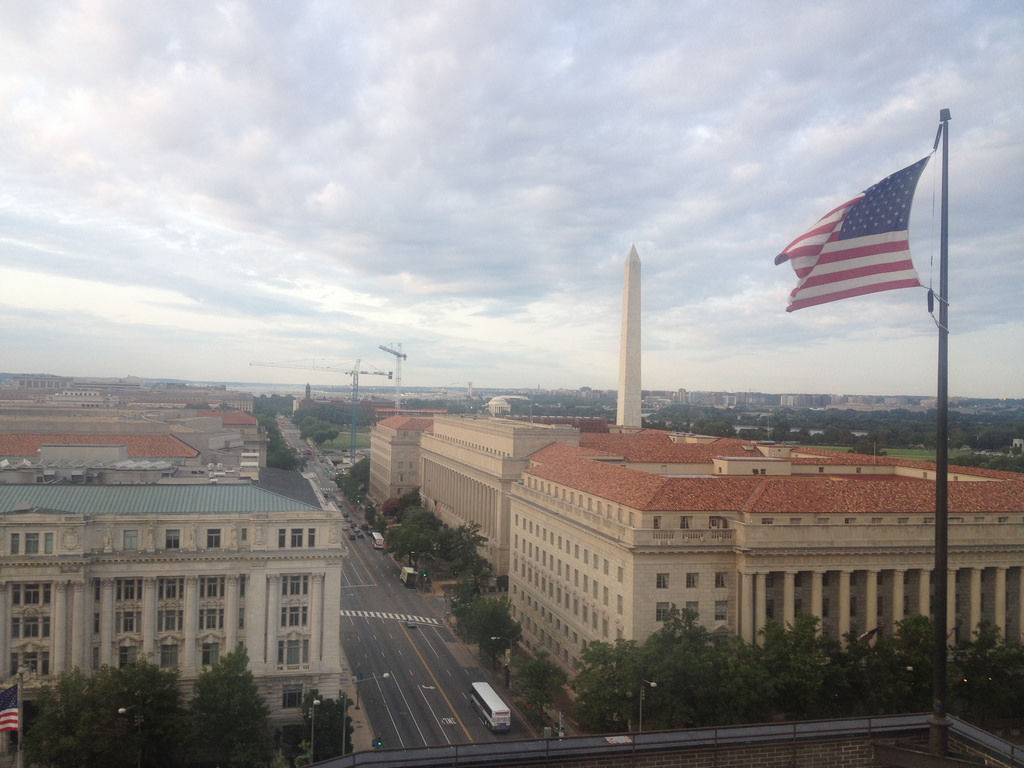 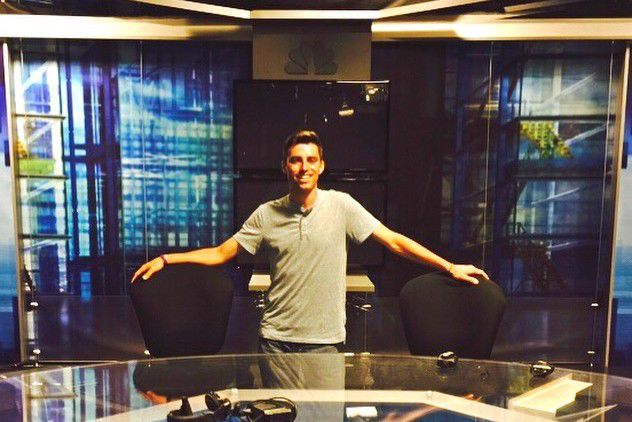 Behind the scenes at CSN 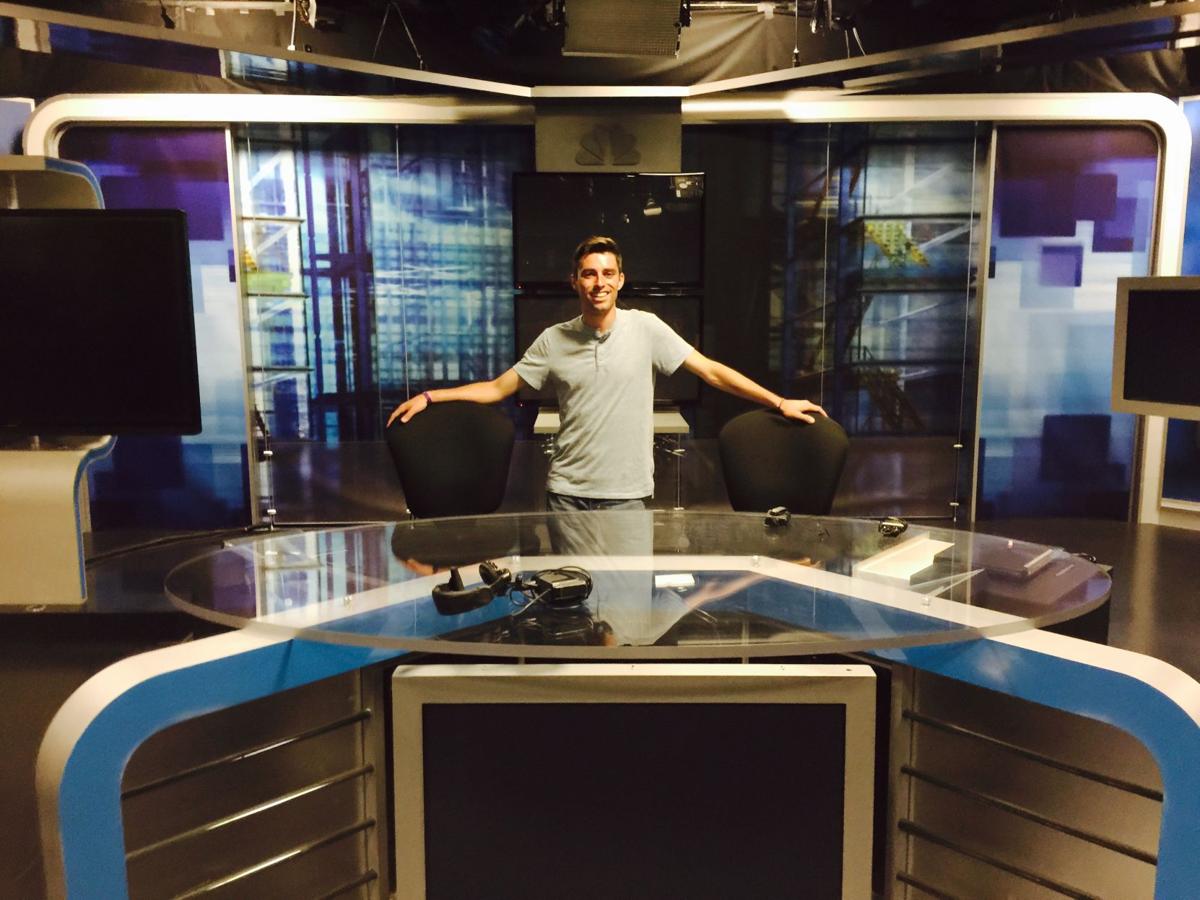 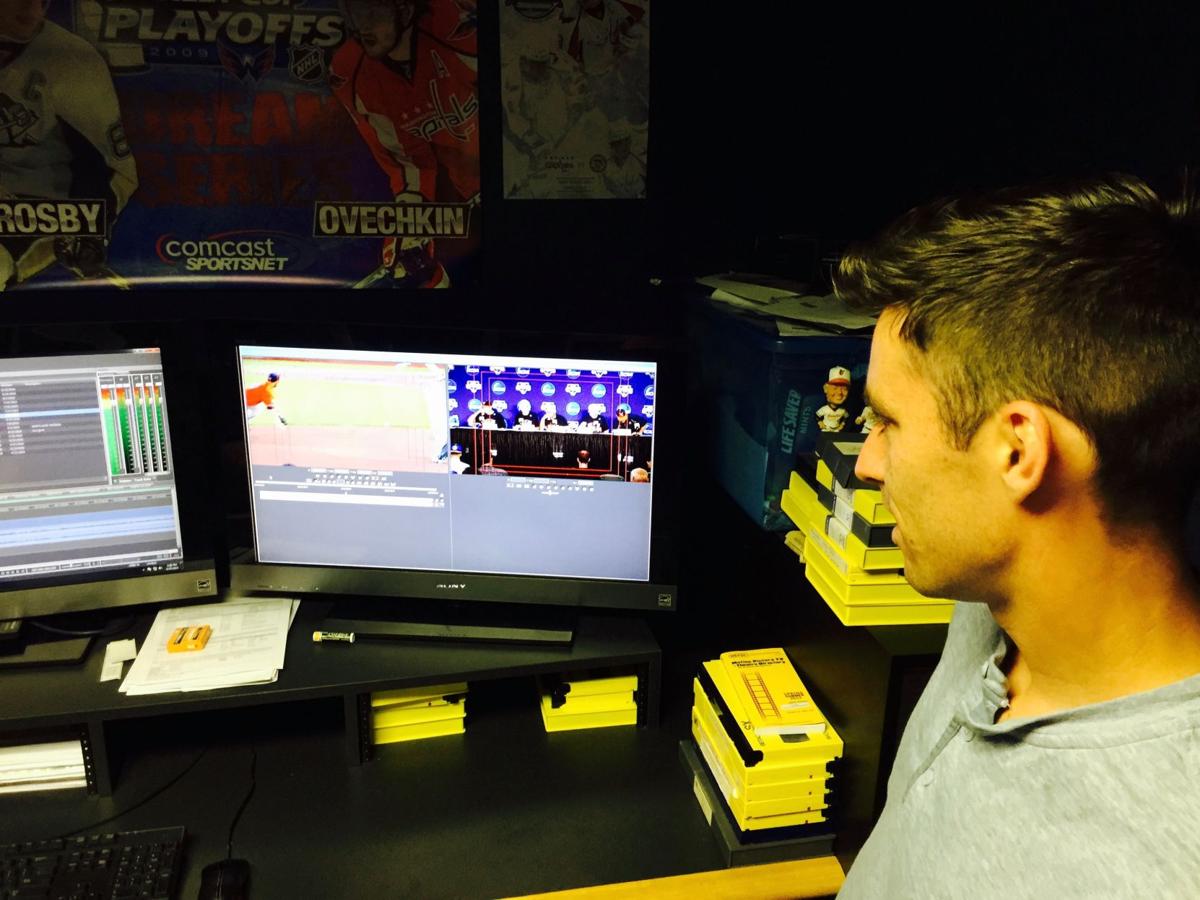 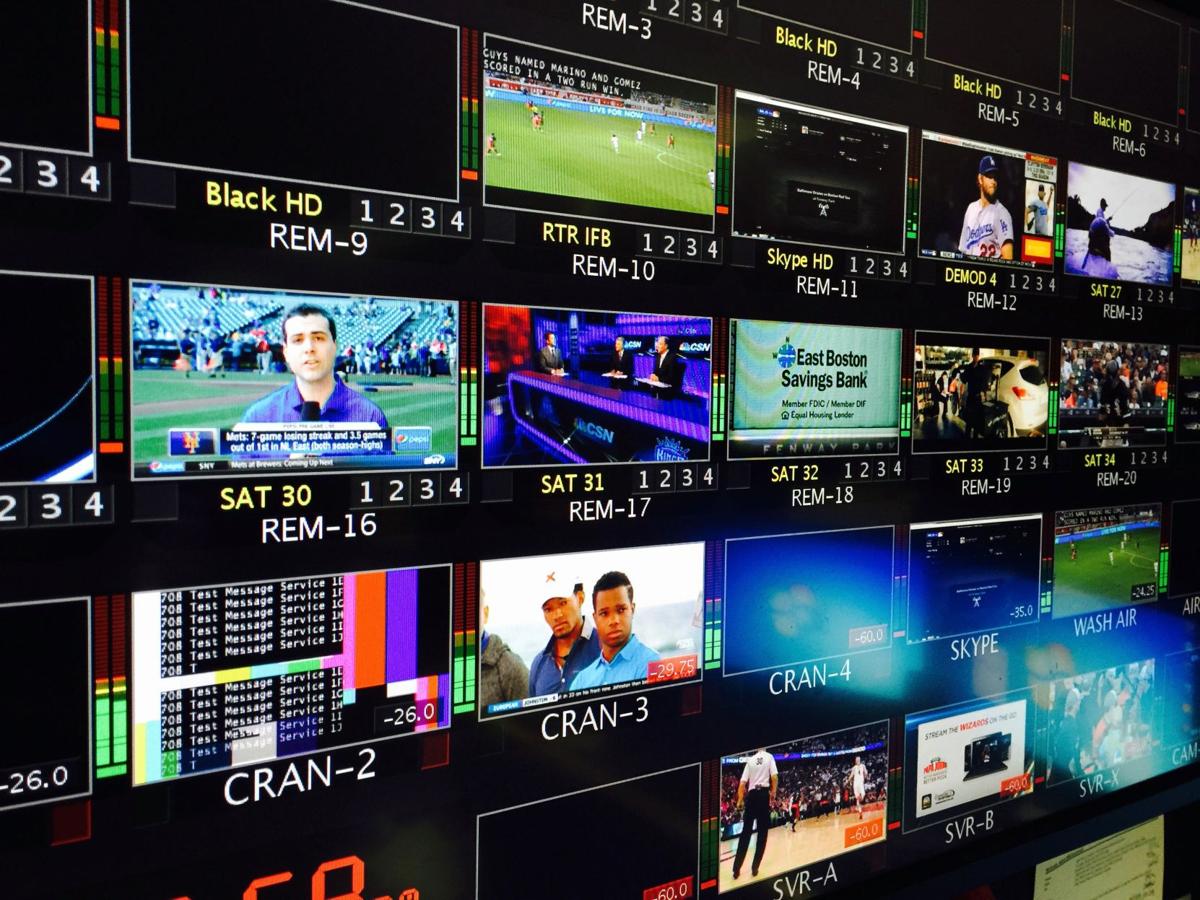 Sebastian coaches his dad’s adult soccer team in the over 55 division.

Behind the scenes at CSN

This shout-out goes to Sebastian Salazar-Driver (Class of ’04), my friend, my broadcasting peer and my former student.  I cannot express how proud I am of this talented young man. He’s a major success story from Westminster College now anchoring and reporting for Comcast SportsNet Mid-Atlantic.

You’ll find this D.C. area native on the air as Sebastian Salazar after returning from CSN in Houston last year.  In Texas, he also announced MSL for NBC Sports Channel.

He’s a two-time Emmy Award-winner with experience that dates back to his days at Titan Radio and WCN.  Sebastian is part of the CSN team of anchors, reporters and analysts providing daily coverage for SportsNet Central, the network’s signature news show. He also contributes to Comcast SportsNet Mid-Atlantic’s other news, analysis and entertainment programs.

Sebastian invited me to visit him at the CSN Mid-Atlantic operations in Bethesda, MD, last summer.  In addition to catching up at lunch, he introduced me to the crew and staff at CSN.  I witnessed first-hand his passion for soccer as he touted the success of the U.S. Women’s Soccer Team’s World Cup Championship.

At Westminster, Sebastian was invested in the men’s NCAA D3 soccer team.  When he wasn’t on the soccer field, he was working late in the sports department at Westminster Cable where he founded the sports segment in our television magazine show, ‘Titantown Sports.’

He’s continued to stay connected with the game he loves.  These days you’ll find him coaching his father’s adult soccer team. His passion for soccer underscores his passion for sports.

Of course he’s up close and personal when it comes to covering soccer, including having a big role in CSN’s DC United Central.

Sebastian has paid his dues and worked hard as he continues to chase his dream.

His resume` includes time as a sports anchor and reporter for WHSV-TV (ABC) in Winchester, Va.,  and with WDNN-TV in Dalton, Ga.  He’s come full circle at CSN Mid-Atlantic where he interned in 2003 while at Westminster College.