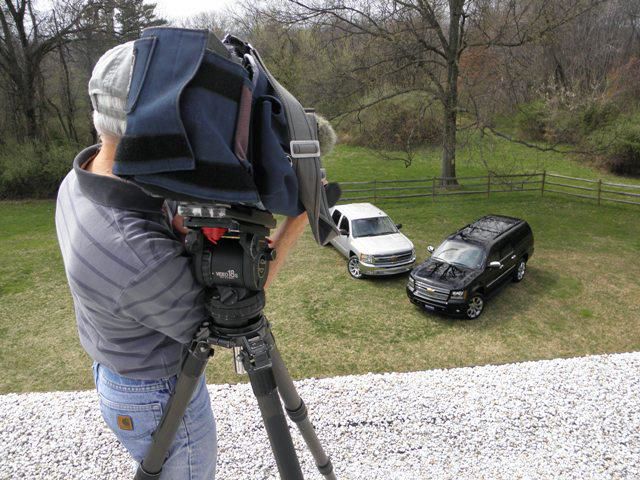 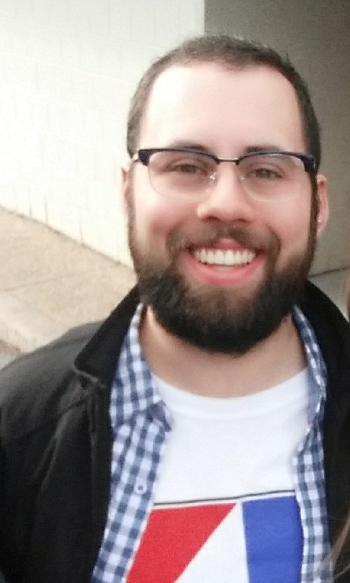 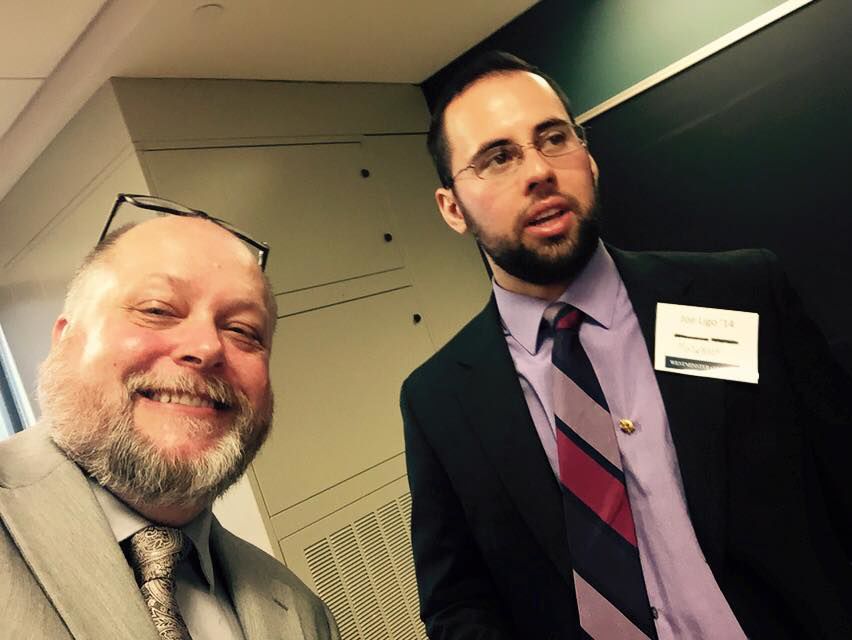 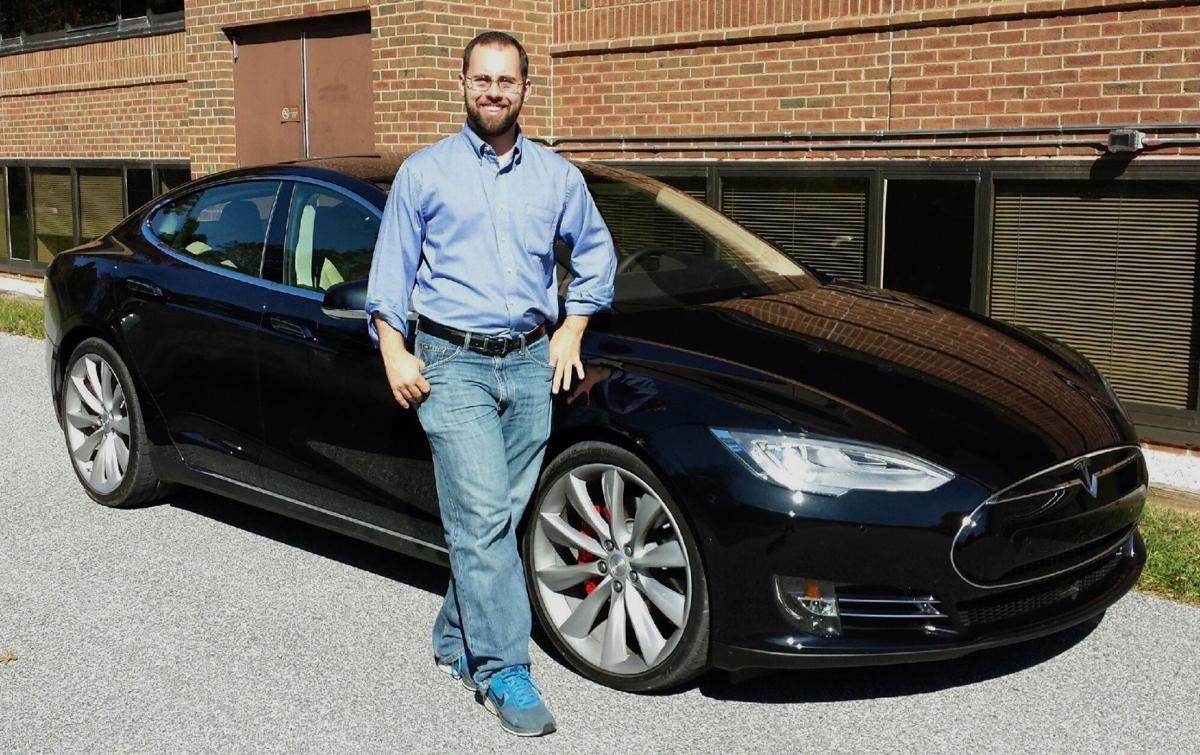 Joe Ligo (’14) is an associate producer & editor at MotorWeek on PBS.

Joe Ligo (’14) is an associate producer & editor at MotorWeek on PBS.

At some point in college, everyone has been in a conversation where somebody knowingly wags a finger and says, “It’s not what you know, it’s who you know.”  If this is true, why even go to school at all?  By this logic, the only way to get a job is to be somebody’s relative or friend.

From my experience, employers don’t usually hire a person just because they know him or her; they hire a person because they know what he or she can do.  So yes, being a friend or relative may help your case, but theoretically your skills matter, too.  What the quote should really say is: “It’s not who you know, it’s who knows what you know.”  When I started my job search, I didn’t know anybody in broadcasting with the power to hire me, so I had to reach those said people and then convince them of my abilities.

By my junior year at Westminster College, I had applied to several internships and all I had gotten was the typical, “thanks, we’ll get back to you…” by human resource departments.  At the top of my list was an automotive TV show called MotorWeek, produced for PBS by Maryland Public Television.  Not ready to give up, I cut open a Hot Wheels car and glued a USB drive inside it, then loaded my resume and my best video work on it, and I mailed it to the head producer and of MotorWeek.  To my astonishment, he replied in less than a week, saying he was impressed with my work and I was welcome to come intern with them.  After finally reaching the right people, I had gotten what I wanted.

A year later, I was about to graduate, and I had applied for a producer job at Cornerstone TeleVision in Pittsburgh.  The application process did not specifically require samples of video work, but I wanted to go the extra mile.  Back in high school, I had submitted several student films for one of Cornerstone’s programs, so I asked my contact at the stations for the email address of the management, and then I sent them links to my videos on YouTube.  I wanted them to remember me not as a name on a resume, but for the work I could do.  Sure enough, my determination paid off, and I was hired.

Then in May of 2015, a job for a video editor opened at MotorWeek, but there was a problem.  The position required using a video editing software I had no experience with.  While the MotorWeek staff knew me personally, they had no idea if I actually had the skills for this job.  So I downloaded a free trial of the program, watched hours of YouTube tutorials, and read editors’ forums to gain a working knowledge of the software.  After editing a few practice videos, I proved that I knew how to use it.  What I lacked in experience I made up for in enthusiasm, and I managed to get the job.

Through all of this, I learned three important lessons.  The first is: make communication as easy as possible.  The harder it is to reach you, the less they’ll want to talk to you.  I strongly advise against using a school email, as the “.edu” gives away the fact that you’re still a student, and it looks unprofessional.  I have a short and simple Gmail address.  As for my phone, my voicemail has a quick, polite greeting instead of a computerized voice (or worse, some silly joke recording), so that the caller knows for sure it’s me.  During this time, I checked my phone and email almost hourly, and responded instantly.  Recently, a friend who was applying for jobs explained that he deliberately disabled his voicemail because he “doesn’t like getting messages.”  Apparently he must not like getting job offers, either.  Imagine the frustration if you were employer calling him and couldn’t even leave a message!

The second lesson is: show people what you know.  Throughout college, I uploaded every video I made to my YouTube channel.  Whenever I applied for jobs, I would email these videos, and people could watch and share them in a matter of seconds.  As my skills improved, I began to take down my older, more amateur videos and replace them with newer, better ones.  I always wanted my best and brightest work to be visible.  When another friend was recently applying for jobs, he asked me if he should send a sample of his work on DVD along with his resume.  Without hesitating, I told him to send a YouTube link instead.  DVDs can be lost, scratched, or ignored, but anybody with a smartphone, tablet, or even a 15 year old computer with Windows XP can still watch YouTube.

The third lesson is: never stop improving.  It wasn’t until I started at Cornerstone that I realized just how much I didn’t understand.  Thankfully, all of the incredibly talented people there took me under their wings and taught me all kinds of techniques to improve my work.  It was like College 2.0 for me.  Some of these people have worked in broadcasting for over 25 years, but they never stopped learning.  When new technology came out, they were dedicated to figuring it out and using it to improve their productions.  It was that relentless desire to keep learning that helped me land the job I have now.

None of this would have been possible without my education at Westminster.  My professors genuinely cared about me and my goals.  There was always a focus on the importance of building a better resume` and updating my demo reel.  I was ready for jobs when the time came.

My journey is only a tiny part of the overall Westminster success story.  Thanks to the Broadcast and Media Production program, there are graduates working all over the country for companies like Warner Brothers, CBS, ESPN, NBC, PBS, CNN, and more!  If ever I find myself responsible for hiring new people, I hope to see applications from WC students who are excited to show me what they know.