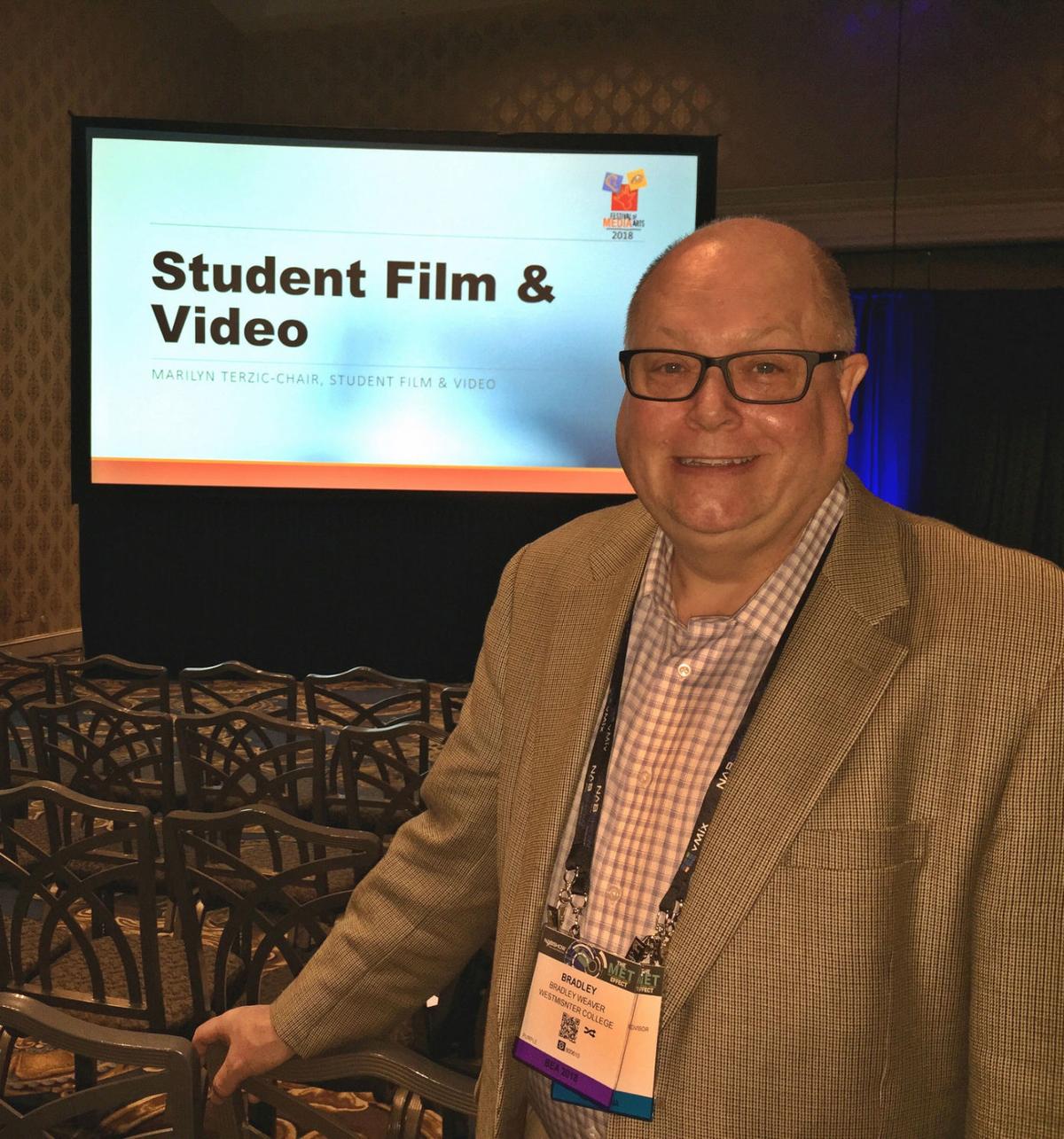 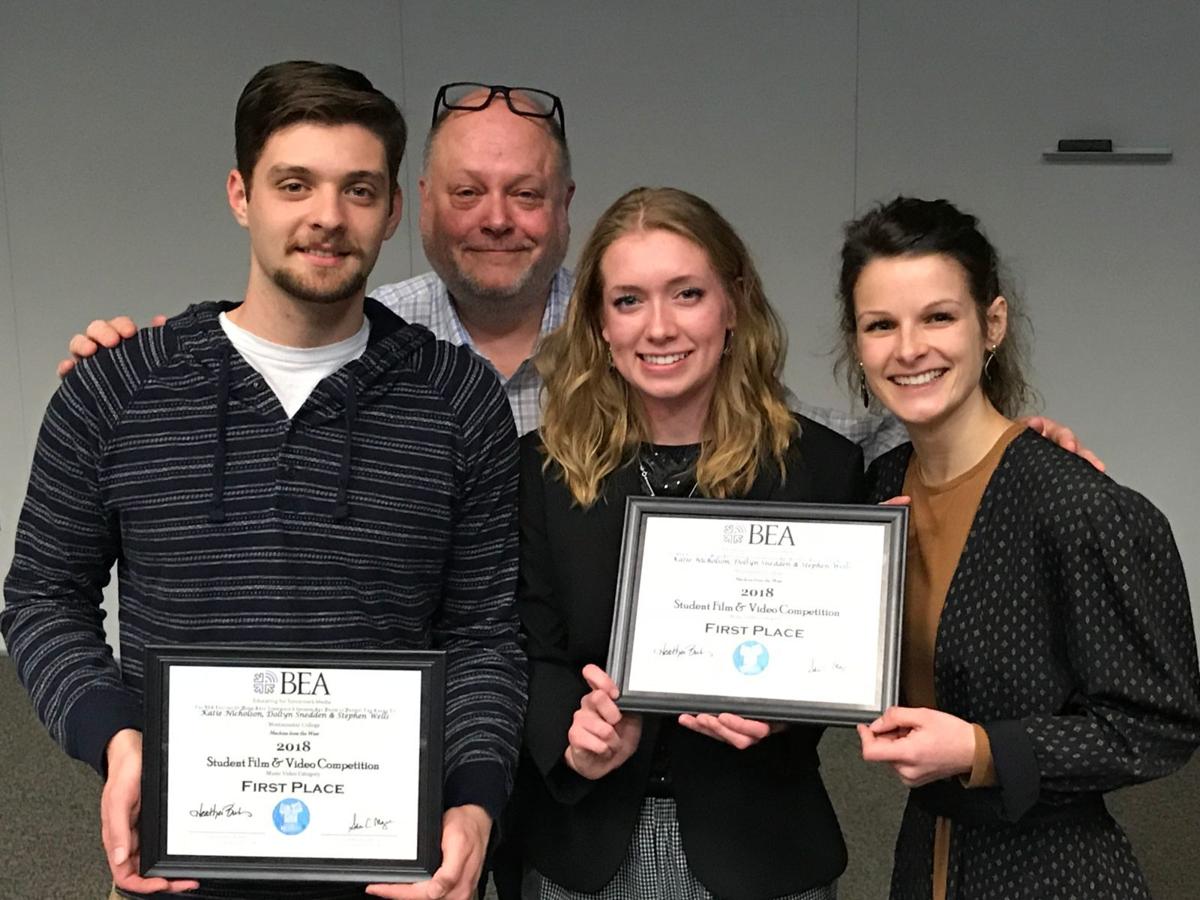 Broadcast and Media Production Lecturer Bradley Weaver presented a compilation of assessment generated from project-based learning assignments in his Single-camera Video Production courses at the Broadcast Education Association (BEA) conference in Las Vegas in April. Weaver’s presentation “The Story of the Titan Terror Project,” outlined the successes of a movie-making assignment. Those assignments were part the Titan Terror Project where his students competed in the campus film competition with the general public and local high school students.

Weaver also attended the BEA’s Festival of Media Arts showcases where he served as the representative for Westminster College. Westminster students Katie Nicholson, Stephen Wells and recent grad Doltyn Snedden were honored with the First-place Award for Music Video at the Student Film & Video Awards & Exhibition. “Machine From the West” received the top prize in the national competition. Weaver accepted the award on their behalf and returned to campus where he presented to the students publicly at a screening of the video during the Undergraduate Research and Arts Celebration on April 18.