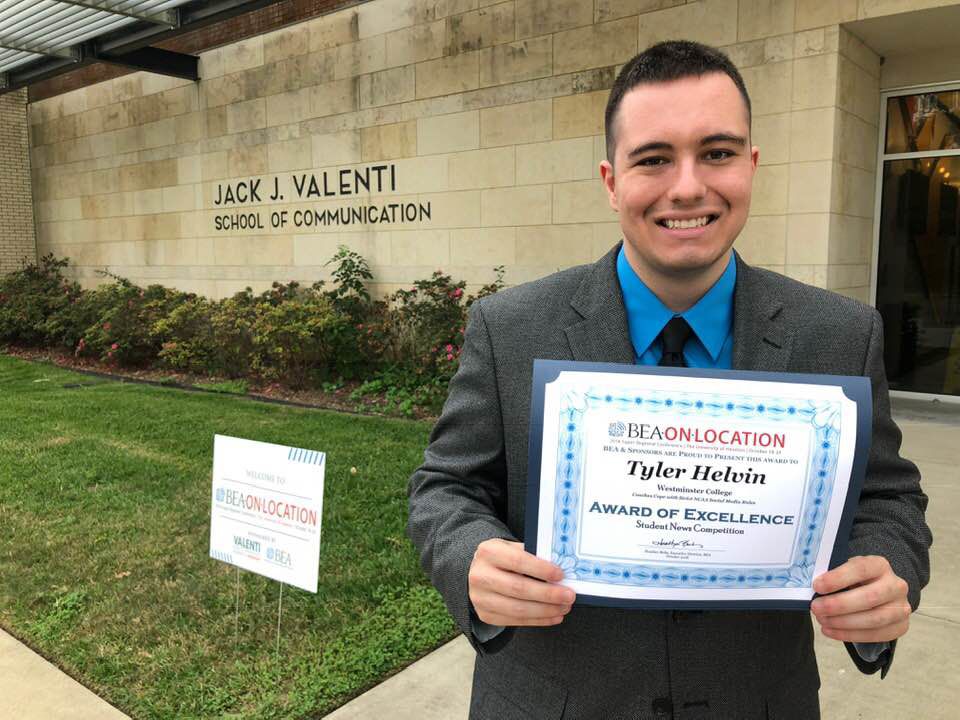 Helvin participated in the BEA On-Location Conference at the University of Houston.

Helvin participated in the BEA On-Location Conference at the University of Houston.

HOUSTON– Congratulations to Tyler Helvin, a senior Broadcasting and Media Production student, for winning a BEA On-Location Creative Competition award.  Helvin traveled to Houston with faculty member Brad Weaver to participate in the Broadcast Education Association’s conference in October.  Helvin accepted the honor in Texas thanks to travel funding from the Westminster College Drinko Center and the School of Communications.