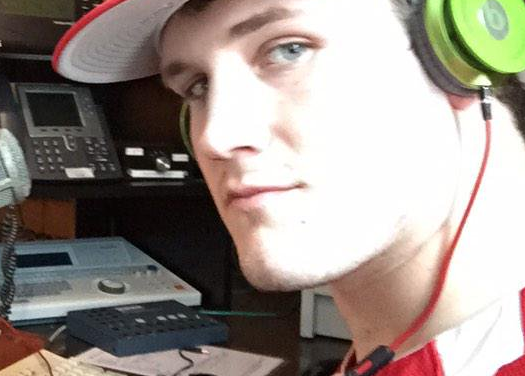 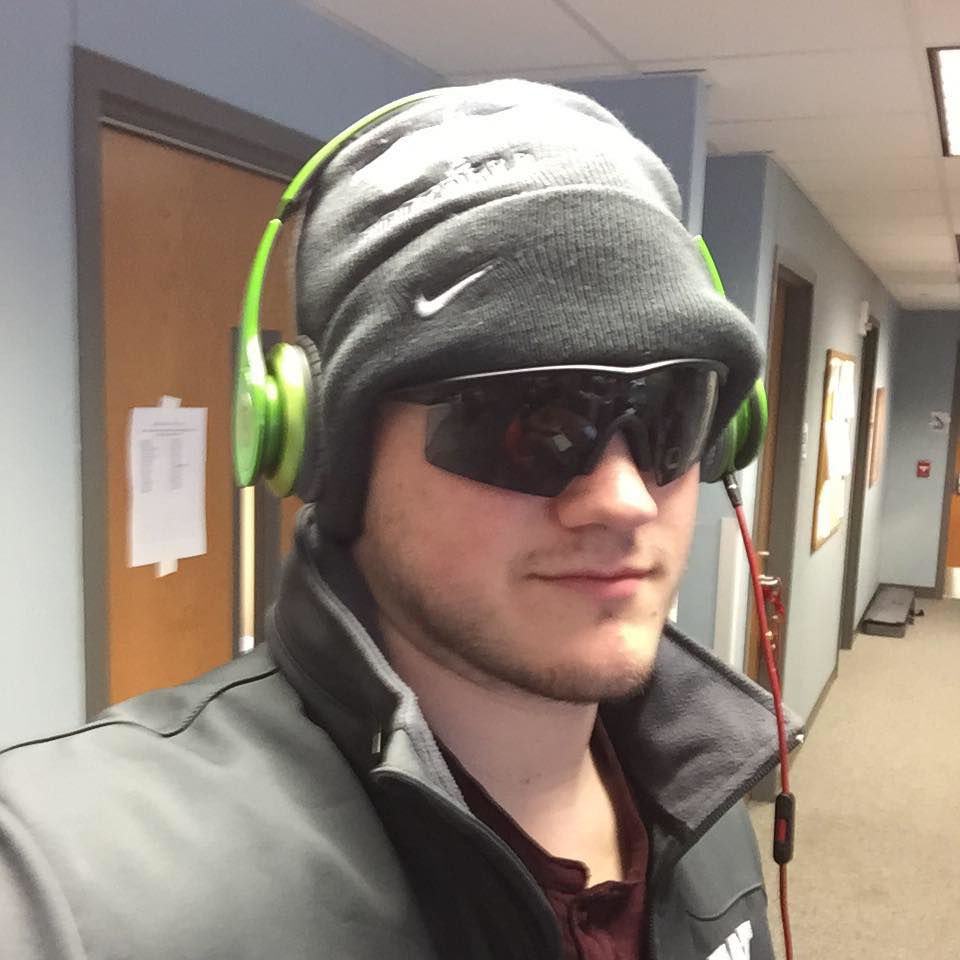 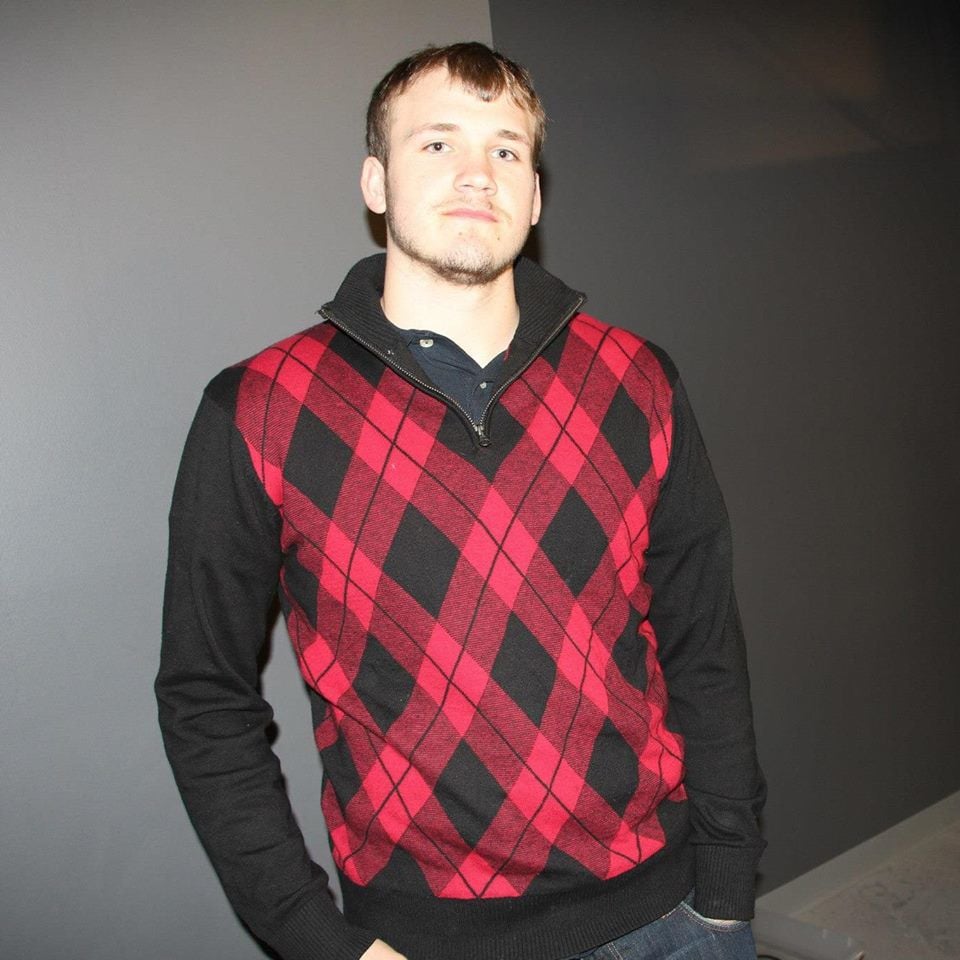 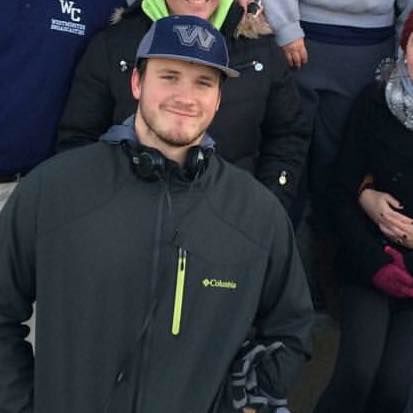 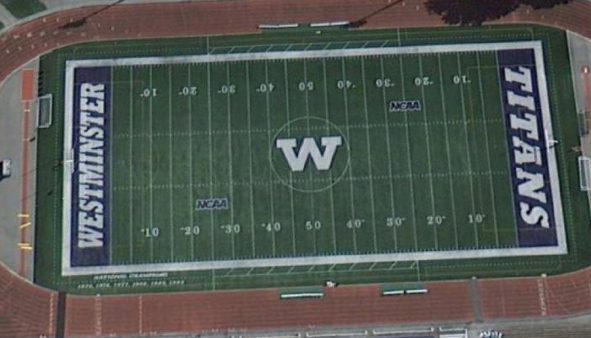 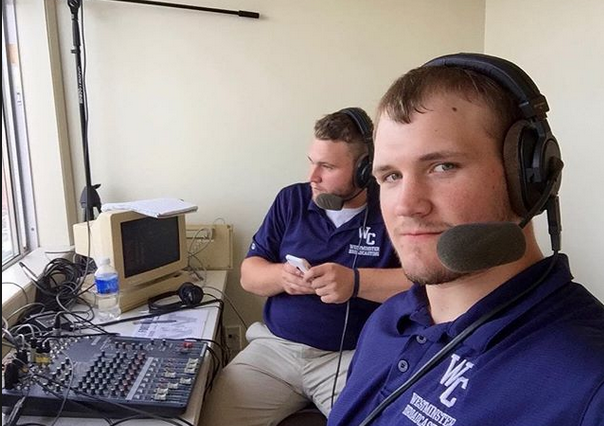 When I took the position of the radio play-by-play announcer for the Westminster College football team, I didn’t really know what to expect. It was like a dream come true for me. I always wanted to be a sports announcer, but this was all new to me.  My experience with announcing the Friday Night Game of the Week on Titan Radio introduced me to the excitement and challenges of live sports broadcasts.  Spending Friday nights on the air and online reporting on the Wilmington Greyhound High Greyhounds  opened the door to my new gig on Saturdays.

Announcing college football, even NCAA Division III, is a rare opportunity for an undergrad.  Few colleges allow students to serve as the talent on live sports broadcasts, but that’s just one of the many things that makes Westminster distinctively different from other schools.  At big universities paid, professional broadcasters announce the games where money and contracts rule what goes on the air representing an institution.

My transition to college football announcing required sacrifice on my part.  I had to step down from my position as a member of the Titan football squad. Regardless, I jumped the chance to announce my first game as Titan Radio’s voice of Westminster footall.

My first game was at Hiram College in Ohio. I had just got back to Westminster a few days before from my home in North Carolina. I printed out the game notes, the rosters, the tag lines, everything I could think of to prepare I had, but I was still so nervous I have nearly vomited before the game. Then during the actually game my nerves continued to plague me. You could hear it in my voice that I was scared out of my mind. Even my color commentator, Kellen Gursky, knew I was scared of messing up. Once we reached half time, I thought to myself that “I’m going to be pulled off the air next week,” I was that bad. However, as the game progressed I started to calm down and realized that broadcasting these games is like talking to a friend over the phone.

Throughout the rest of the football season, the radio broadcasts improved as I began to trust in my own ability to call the games, and all of that accumulated into what several has stated to be “the best football radio broadcast we have had in years” when we travel to Connecticut for the ECAC Bowl Game. They heard the emotion, the passion, and the thrill of the game from their homes in Pennsylvania as if they were actually there through our voices. When we got onto the bus that night to return all I could think about was that I finally reached my potential. However, little did I know when I returned to campus that my job was not done yet.

About two weeks later, I was informed that I was chosen to be a part of a six broadcaster rotation for the Westminster basketball teams to flip flop between TV and radio. Naturally, there is a major difference in the sports from a broadcaster standpoint, but I also have only done one TV broadcast as an announcer. So the nerves returned, but they did not remain as the confidence I gained during the football season kept me moving forward.

By the time that both football and basketball seasons were over, I felt like I have accomplished a lifetime’s amount of work into less than a year. Two of my radio broadcasts, one from football and one from basketball, are being nominated for the CBI (College Broadcasters Incorporated) awards. I have the education that I learned from my professors Dr. Barner and Mr. Weaver, the support of my friends and family, as well as all the people who sent me words of praise from all cross the United States to thank for that.

However, my journey has only just begun. I still have one more fantastic year at Westminster College to go. Then after that, who knows where this path, that I have chosen, will take me.